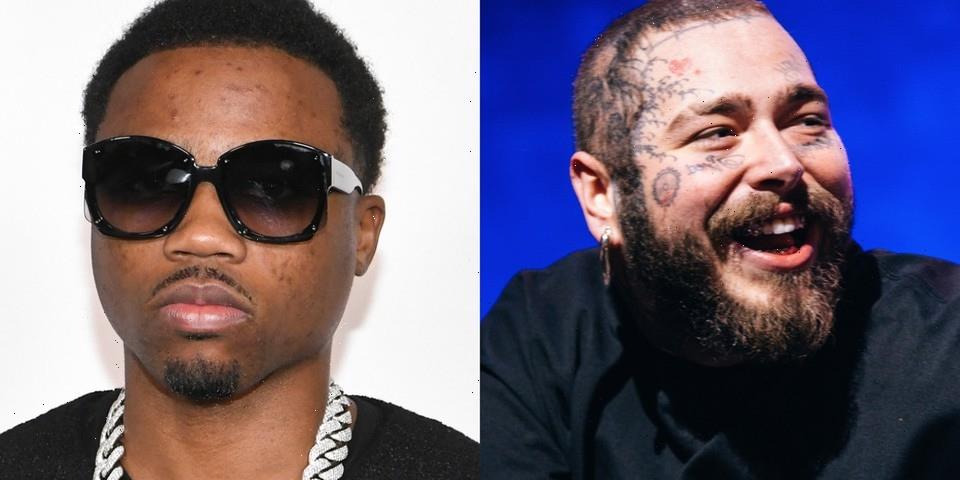 Ahead of his Saturday Night Live appearance this weekend, Post Malone has dropped off a new single, “Cooped Up,” featuring Roddy Ricch, which is slated to appear on his forthcoming album, Twelve Carat Toothache.

“I’m about to pull up / Hit switch, pull curtain / And I been waiting so long / Now I gotta resurface,” Malone raps on the chorus. “And yeah! We boutta toast up / All that bread that we burning / ‘Cause I been feeling cooped up / I been fu*king cooped up.”

Following the single’s debut, Malone sat down with Zane Lowe on Apple Music 1 to talk about the new track and his upcoming album, which is slated for release in June.

“He’s just such an incredible man,” Malone added of Ricch, “and just a natural performer and vocalist and lyricist. And he just gets after it, and it’s so cool. Dude, and just to watch him grow — and he’s such a beautiful, beautiful man. And so talented, man.”

As for his forthcoming album, which also features his collaboration with The Weeknd, “One Right Now,” Malone says it is “the most honest record” he has ever made. The record is scheduled to arrive on June 3.

Listen to Post Malone’s “Cooped Up” with Roddy Ricch above.