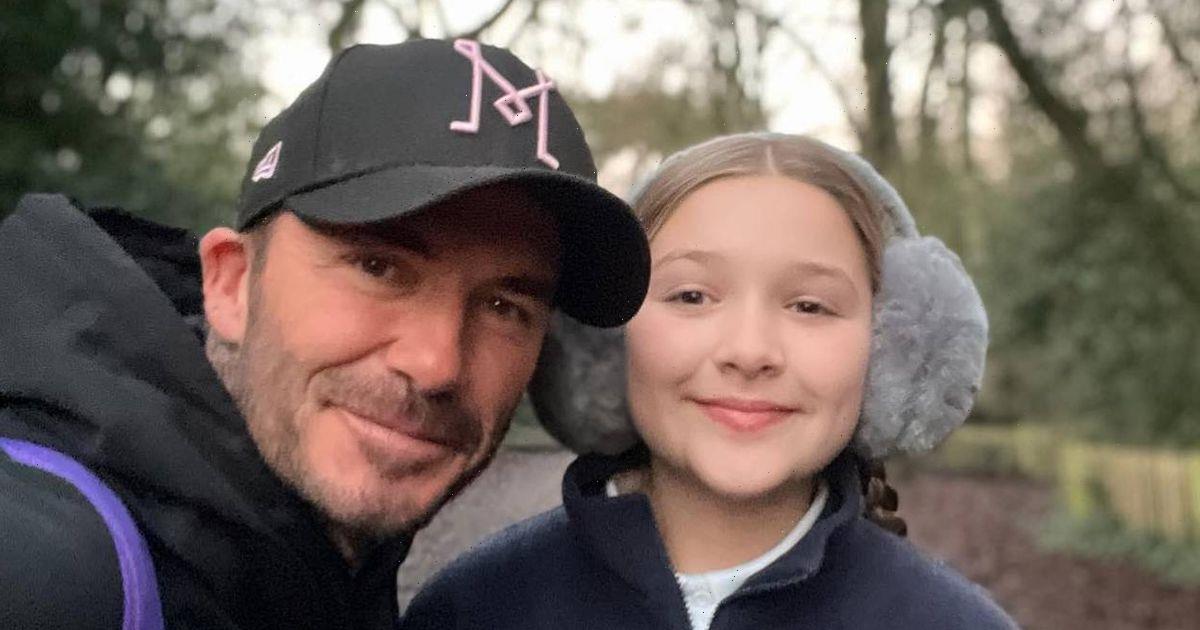 David Beckham filmed himself teasing his 10 year old daughter as they went for a walk together.

In the video, posted on his Instagram, the 47 year old asks Harper about her day saying: "What's your lovely day ahead?"

Walking along in a wooded area with the former footballer, Harper is wearing a purple blazer over a purple check school summer dress.

David looked casual in a black cap with a white motif and a maroon jumper while carrying a purple backpack on his back.

David then asks Harper: "How excited are you?"

Staring silently at the camera, the young Beckham does not look excited at all as Becks laughs to himself.

He then prompts her again, repeating the question. In reaction Harper puts up a very reluctant thumbs up, before the camera pans back to the former England player pulling a tense face.

Victoria Beckham recently praised David as "the most incredible husband" on his 47th birthday.

The pair share four children together, Brooklyn, 23, Romeo, 19, Cruz, 17 and youngest of the bunch and only girl Harper, 10.

Mum Victoria has described Harper as a 'daddy's girl' in the past, with David doting on his only daughter as much as possible.

This could be seen in a recent outing together where they watched Miami Heat versus Atlanta Hawks in the NBA basketball.

David shared videos of his delighted daughter jumping for joy during the tense game, clearly taking after him and his love for sport.

She was seen looking very grown up holding a bouquet of flowers as she wore a white dress with rounded short sleeves, a billowing long skirt and a deep blue waistband.

She smiled sweetly as she stood with the other bridesmaids at the lavish multi-million pound wedding that took place in Florida.