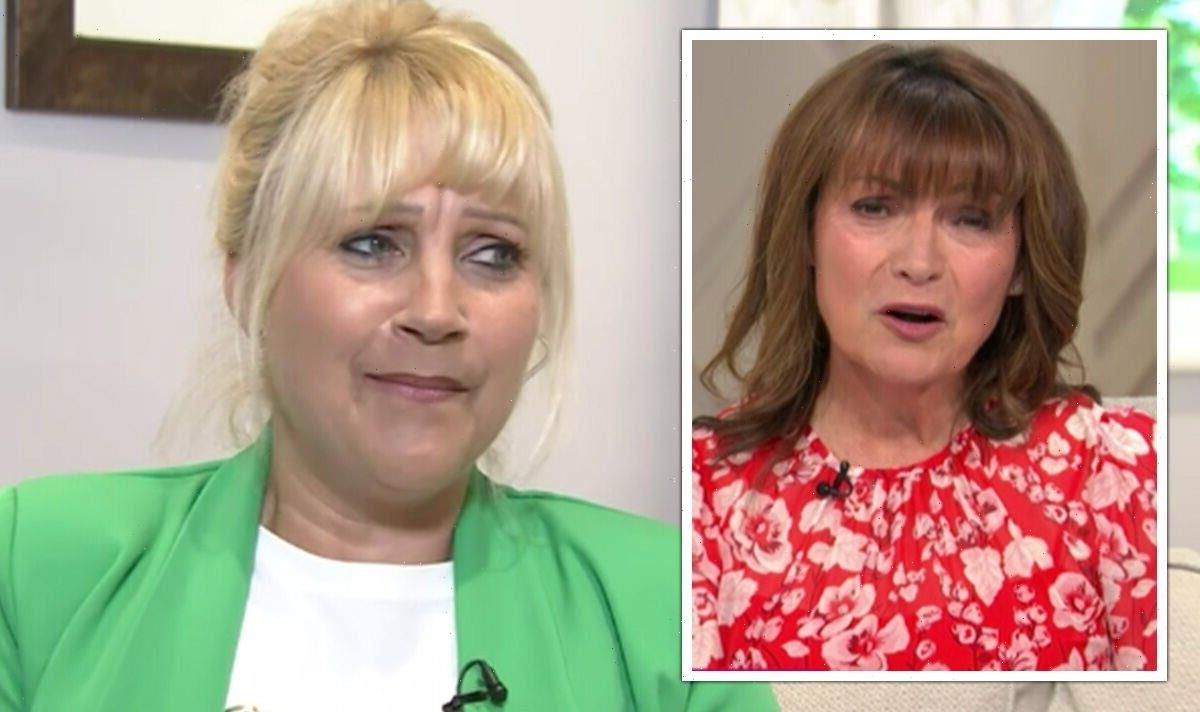 The former Emmerdale actress bravely discussed her battle with breast cancer on Wednesday’s instalment of Lorraine. Speaking to the ITV host from her Huddersfield home, Malandra explained how her Border Terrier Teddy sensed something was not quite right. She got emotional reflecting on the moment and revealed how thankful she was to her pooch.

Malandra detailed the astonishing sequence of events that led Teddy to let her know something was wrong even though she had no symptoms.

“It was so bizarre,” she explained in the emotional chat. “We were watching a movie together and she literally wanted to lie on my chest.

“She’d never done that before. Nuzzling, sort of head butting me, and this one night she kind of swiped me so hard with her head it really really hurt.

“So that same evening, before I went to bed, I checked myself and just thought, ‘Oh, she must’ve bruised me – it’s really painful.’

“And that’s when I felt this little lump. I thought it was a swollen gland.

“I feel so blessed I was one of those women who didn’t have any symptoms, and without that, I just dread to think where I’d be now.”

The actress, who was getting emotional reflecting on the moment, added: “It’s astonishing and I’m so thankful to her.”

Malandra also paid an emotional tribute to BBC presenter Deborah James who was diagnosed with bowel cancer in 2016 and has moved to at-home hospice care.

The former soap star also revealed her stint on I’m A Celebrity…Get Me Out Of Here! gave her confidence to fight her cancer.

She recalled the moment she told the Macmillan nurse who confirmed her diagnosis: “I’ve been in the jungle with Ant and Dec, I can do anything.

Malandra starred in the 2006 series of the ITV reality show and was the sixth celebrity to be eliminated from the show.

The actress, who played Kathy Bates on Emmerdale, has had surgery to remove a tumour from her left breast.

She said doctors explained her form of cancer may have been caused by going through the menopause.

The 56-year-old also said she wanted to share her story to encourage other women to get checked out.

Viewers sent heartfelt messages on Twitter to Malandra following her appearance on Lorraine.

Carla Gill said: “@MalandraBurrows wishing you so much love, I was a big fan of you on Emmerdale. Take care you have the loveliest smile.”

Karen Fenn added: “Good luck to Malandra Burrows on #lorraine on her cancer battle. We can all take strength from each other.”

Ian Hodgson commented: “Sending you love and best wishes for your journey through your treatment. Your positivity is an inspiration, you’re smile will lighten the darkest of days.”

Lorraine continues on weekdays at 9am on ITV.