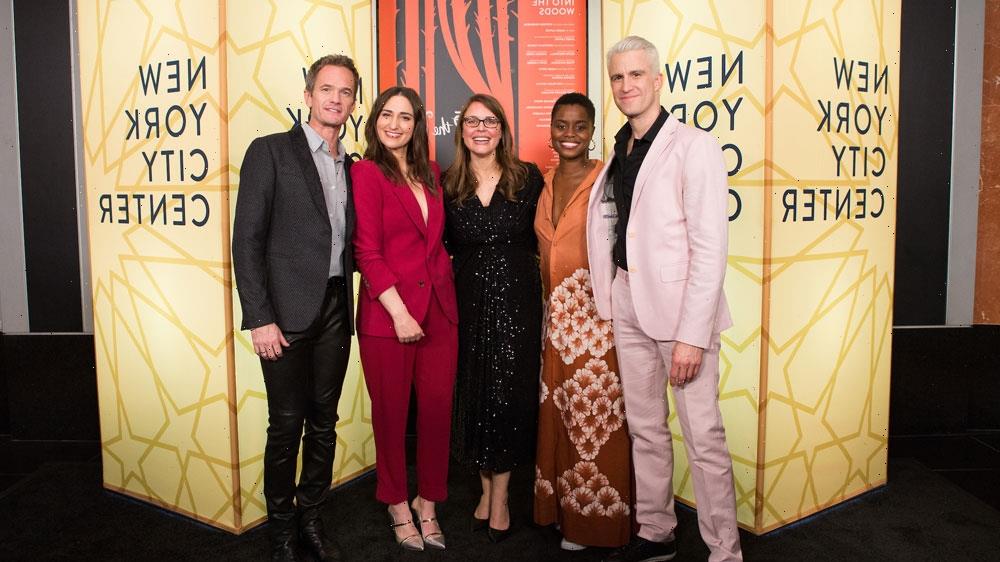 Three or four times a year, something special happens in New York City: A rare opportunity—and precious luxury in theater these days—to pay $35 for the hottest ticket in town (if you can get one). The bill is “Encores!,” New York City Center’s yearly programming of musical theater.

Once an obscure incubator to resurrect little known or passed-over productions—the current Broadway revival of “Chicago,” which has run for 25 years, began as an “Encores!” show in 1996— New York City Center’s two-week only productions are now a staple of New York theater, sought after for their pared-down musicals packed with big stars.

“When they call you, you come,” Headley, who stars as the Witch, told Variety after the opening performance on Wednesday. “You do your best to get here, because it’s such a special theater.”

Each “Encores!” production—offered as a concert-style performance for cost, though you’d never know, save the scripts actors are legally mandated to carry onstage—lasts for two short weeks. Rehearsal, a secretive process, begins just two weeks before.

“It’s like a bullet train, and you’re trying to stand up and not be hurdled off the bridge,” Harris, who plays the Baker, described to Variety. “There is so much nuance in Sondheim’s work, and people spend an undue amount of time parsing and imagining it. Trying to take a stab at this in such a truncated environment is an enormous mountain to climb.”

The view from City Center’s Neo-Morrish stage, however, is pretty great.

“Blink and you’ll miss it,” Bareilles, who joins as the Baker’s Wife, said after the show. “Tonight was a pretty fucking amazing audience, and it reminds you that all of the stress is worth it.”

That’s a good sentiment for “Into The Woods,” too—a canon musical theater piece offered to the “Encores!” audience on Wednesday for the first time since its composer’s death. Like all of Sondheim’s work, “Into The Woods“—a parable about witches and giants and fairytales, about wishes coming true, not free—felt clearer than it’s ever been. Sondheim’s careful instructions—that the world is dark and wild, that you decide what’s good, and that no one is alone—were overwhelming.

“We have been in the woods,” Headley offered after the show, seriously. “And we’ve seen people die. There has been a giant in our midst.”

“It’s been great to visit and revisit ‘Into the Woods’ on this side of our lives,” she continued, needing to add no descriptor for our time. “Doing this show now, it’s different for me. When I say as the Witch, ‘You’re not the only one who has suffered loss,’ I’m bringing the entire audience with me.”

Yet, after leaving the woods Wednesday, the show’s guests — including Joel Grey, Jane Krakowski, Kelli O’Hara, and former mayor Michael Bloomberg — made their way up Fifth Avenue to the Plaza Hotel, where the City Center held its annual gala. This year, the gala marked a special occasion: The retirement of City Center’s President and CEO Arlene Shuler, who has overseen the theater since 2003.

In the grand ballroom at the Plaza, the gala on Wednesday felt as old-school New York as it gets—teaming with champagne, chandeliers, donors, and devotees who shell out a sizable sum to sit at the table of an iconic institution.