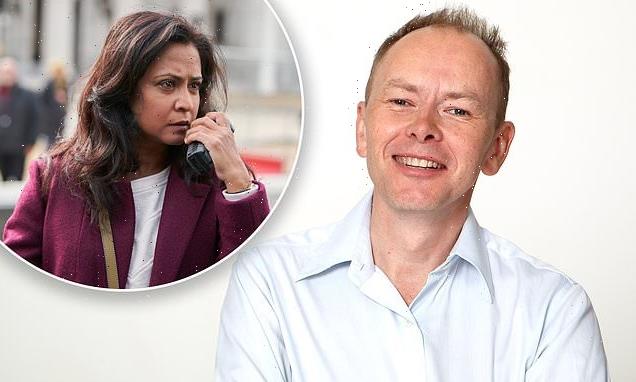 DI Ray was written by Maya Sondhi, the actress who played PC Maneet Bindra in Line Of Duty. It’s safe to say Maya came out of it rather better than poor Maneet.

She had her throat cut at the start of series five, shortly after AC-12 discovered she was the ‘rat’ supplying confidential information to one of approximately 157 corrupt high-ranking officers in the show whose surnames began with ‘H’ (ACC Hilton).

In fact, it turns out that Sondhi had effectively been doing the same thing as her character: surreptitiously picking up insider police intel that the people running certain disreputable enterprises would pay a lot of money for. 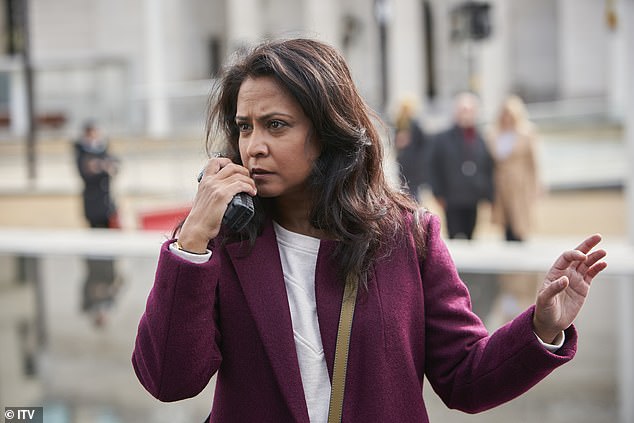 In Sondhi’s case this was ITV.

It commissioned her to produce a four-part cop show that admittedly wasn’t as intelligent as Unforgiven, but not as remotely stupid as Marcella. Above all, DI Ray was a homage to Jed Mercurio’s creation, albeit Line Of Duty lite.

Half as complicated: more on the level of AC-6 or 7.

Set in Birmingham, it had the same mundane locations, murky photography and a shifty-looking motley crew of coppers. Sondhi’s protagonist was DI Rachita Ray, a Leicester-born detective of Punjabi heritage.

The way Gemma Whelan played Rachita’s boss was so relentlessly joyless she was practically a tribute to Line Of Duty’s DCS Patricia Carmichael, as played by Anna Maxwell Martin.

But Sondhi managed to come up with some police terminology even Mercurio had never had before: a case labelled a ‘CSH’ (Culturally Specific Homicide).

Mercurio’s reward for Sondhi paying so much attention while playing PC Bindra was being DI Ray’s executive producer.

The downside of this was Mercurio’s penchant for frantic chase scenes and hordes of armed police constantly storming suspects’ houses – the type of action nonsense that ruined Trigger Point and Bodyguard.

The subtlety came from DI Ray, with Bend It Like Beckham and ER star Parminder Nagra skilfully depicting the various types of prejudice Ray faced – as an Asian woman, and particularly an Asian woman in the police force.

‘I’ve spent my whole life trying to fit in,’ she explained. ‘But it’s never worked. I’m not Indian enough for the Indians and not white either.’

She had no chemistry whatsoever with her charmless (blond) fiance DCI Martyn Hunter (Jamie Bamber), and her sudden dalliance with DS Tony Khatri (Maanuv Thiara, Line Of Duty) was equally unconvincing.

But the fact that she hadn’t realised her boyfriend was not only corrupt (people trafficking and an international drug-dealing operation) but had also been filmed having sex with a 15-year-old girl didn’t reflect very well on her powers of deduction.

DI Ray’s chances of getting a second series look slim.

The Staircase was arguably less original, given that it was a dramatisation of the renowned documentary series of the same name.

This seemed a distinct drawback for a thriller: the millions of viewers around the world who had seen the story on Netflix knew how it ended.

In fact, as the opening episode immediately featured the same tension and intrigue as a Jagged Edge or Big Little Lies, it didn’t really matter.

In December 2001, author Michael Peterson was charged with murdering his second wife Kathleen, who he claimed in a distraught 911 call (and throughout the trial) he’d found dead at their home in North Carolina after she’d drunkenly fallen down the stairs.

The case didn’t really add up either way.

There was a lot of blood on the wall (‘like her head exploded’) and 35 wounds, cuts and contusions on her body, but no skull fractures.

The devil was in the detail: the pine needle between the dead woman’s fingers; an ‘open’ condom in the bedroom; and the first big revelation, the pornographic photos found by police on Peterson’s computer, notably from a magazine called Big Military Units.

The ever excellent Toni Collette played Kathleen, and Colin Firth had clearly benefited from the 13 episodes of documentary footage showing Peterson accused of bludgeoning and strangling his wife to death but seemingly ravaged by grief.

A performance worthy of Firth himself.

Like the various series of American Horror Story, the second series of The Terror (The Terror: Infamy) had an entirely new set of characters and had changed location – from the Arctic to a Japanese fishing community on Terminal Island, California, in 1941, facing the nightmare of internment camps following Pearl Harbor. 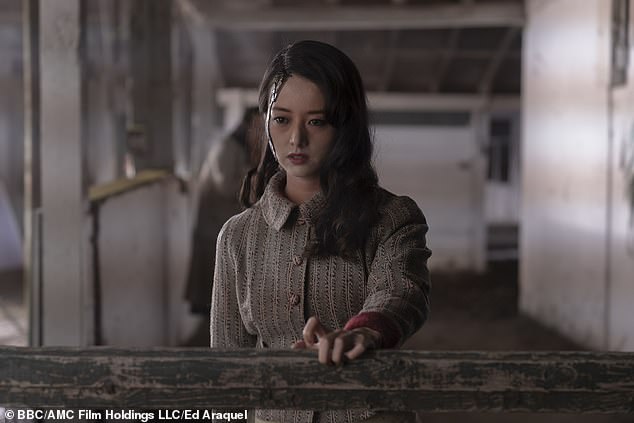 Like the various series of American Horror Story, the second series of The Terror had an entirely new set of characters and had changed location. Above: Kiki Sukezane

The down side for anyone of a nervous disposition was that it was even scarier, as we know Japanese horror stories/ghost stories about malevolent spirits tend to be, from films such as The Ring.

Sure enough, a man had his eyes fried by the sun, and a young fortune-teller blithely sewed bits of her face back together. Letting her read your tea leaves seemed like a really bad idea.

‘You are a sparrow in a swallow’s nest,’ she told the hero, Chester Nakayama, which sounded OK.

Until she added: ‘The moment you believe you are safe, the swallows will peck you to death.’ And in this show you can guarantee they will.