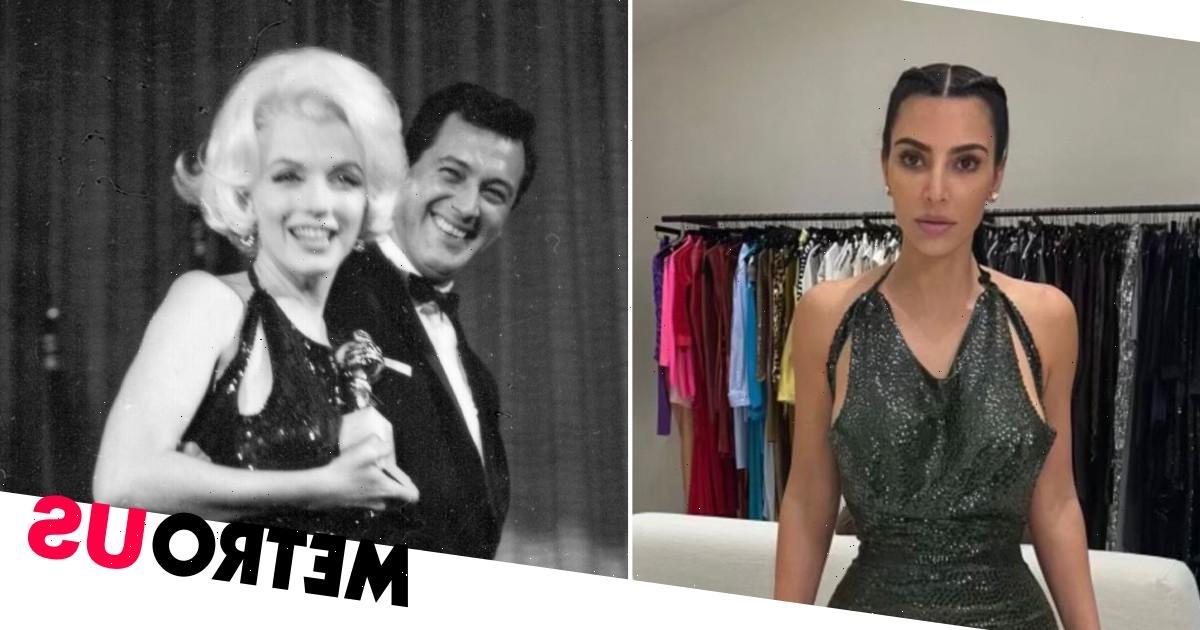 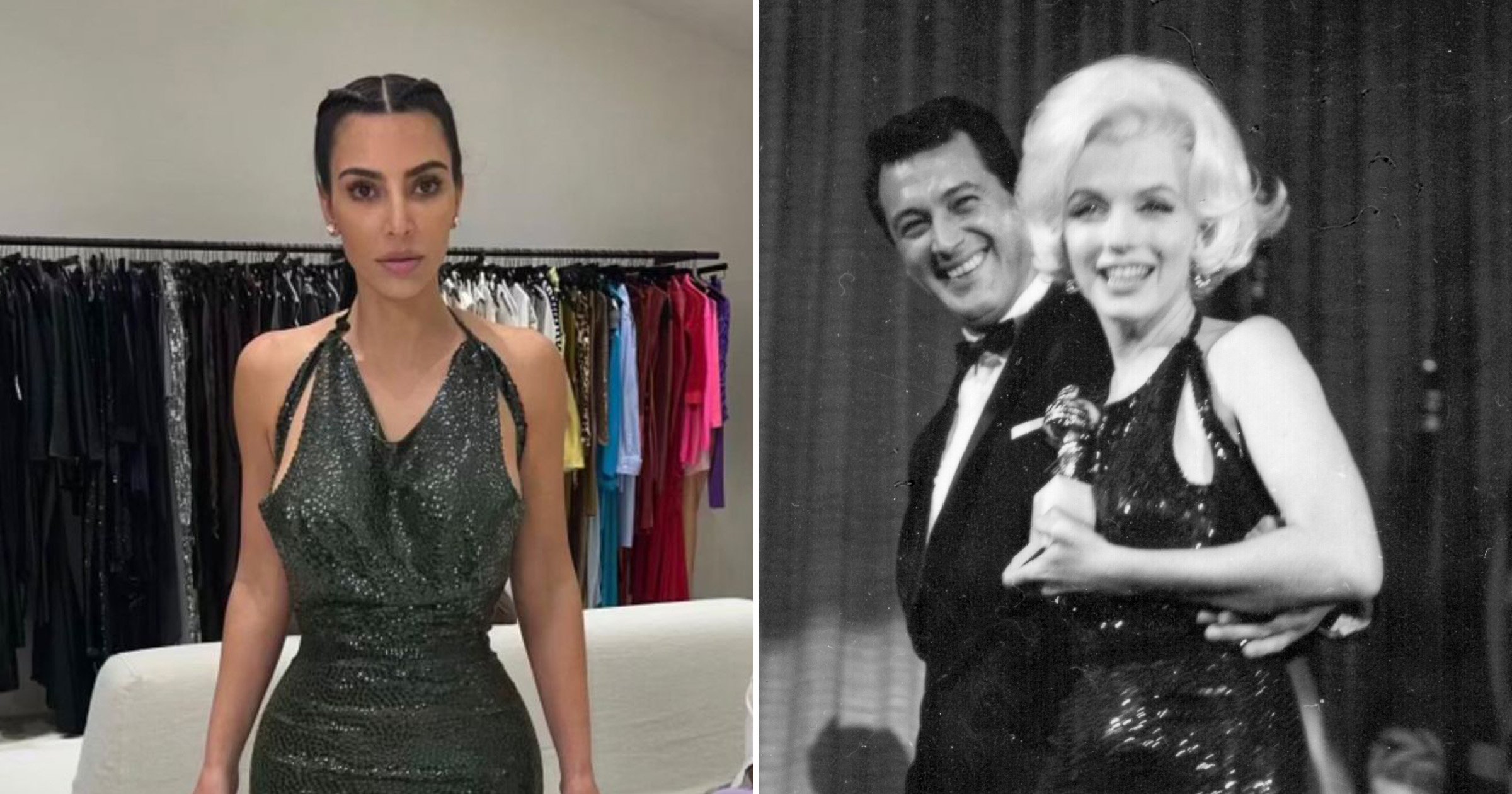 Kim Kardashian clearly wasn’t content with all the controversy she unleashed by wearing Marilyn Monroe’s iconic dress to the Met Gala – as she has unveiled a second dress she wore belonging to the late star.

Taking to Twitter, the 41-year-old revealed that she changed into another gown from the Gentlemen Prefer Blondes star’s wardrobe, this time the outfit she wore to the Golden Globes in 1962.

If that wasn’t enough, she also decided to pose with the actual Golden Globe that Monroe took home on the night.

‘To top off my night after The Met, I had the honor of changing into Marilyn Monroe’s Norman Norell dress that she wore to the Golden Globes in 1962 – where she received the Henrietta Award For World Film Favorite,’ she wrote beside a string of photos.

‘In my quest to find the Jean Louis hand beaded dress that I wore to the gala, I discovered @HeritageAuction owned Marilyn’s iconic green sequined gown.

‘Further into my research I found out that the owner of the Golden Globe that she received that evening was non other than my friend @jeffleatham.

‘I saw this all as a sign the way that all of the stars aligned [sic].’

‘It will forever be one of the greatest privileges of my life to be able to channel my inner Marilyn in this way, on such a special night,’ she concluded the thread.

‘Thank you Heritage Auctions, Barbara Zweig and Jeff for helping to make this memory possible.’

The internet was severely unimpressed and instantly flooded the replies with their thoughts, begging the Kardashians star to leave the Hollywood icon in peace.

‘Her hair, her dress and now her award? This isn’t iconic this is so f**king disrespectful and creepy,’ a follower said, as another said: ‘Is she gonna dig up her body next?’

‘Not only is Kim K wearing another one of Marilyn Monroe’s dresses, but she is literally holding the actual award she received that night too. Yikes,’ a commenter wrote.

‘Why are you treating a dead woman like a costume,’ a fan questioned.

‘The fact that she’s holding Marilyn’s actual Golden Globe. Not a prop. Ghoulish,’ one fumed.

However, others heaped praise on the mom-of-four’s ability to throw more kindling onto an already raging fire of fury.

‘She said “since y’all already mad here’s what else I did”,’ a Twitter user joked.

A follower agreed: ‘LMAO she said “Oh y’all wanted a twist?” I aspire to be this level of petty.’

‘She knows exactly what she’s doing and I love her for it,’ a social media fan posted.

‘She is so good at trolling I just had goosebumps,’ one added.

Kardashian put the internet back together just to break it again on Monday, stepping foot on the Met Gala red carpet in the exact gown that was custom-made for Monroe, as she serenaded President John F Kennedy on his birthday in 1962.

Speaking at the exclusive party, she confirmed that the outfit – which has been kept under lock and key at Ripley’s Believe It Or Not museum – could not be altered at all, meaning that she had to complete a huge transformation to be able to wear it.

Discussing what this entailed, she said that she had to lose 16lbs to fit into it, completely cutting out all sugar and carbs for the outfit – a move that has been widely criticized.

Lili Reinhart slammed the ‘toxic’ message behind her comments, while Piers Morgan added: ‘Marilyn will be turning in her grave at this talentless wastrel hijacking & tarnishing her brand.’

We wonder what he’ll make of her latest outfit…