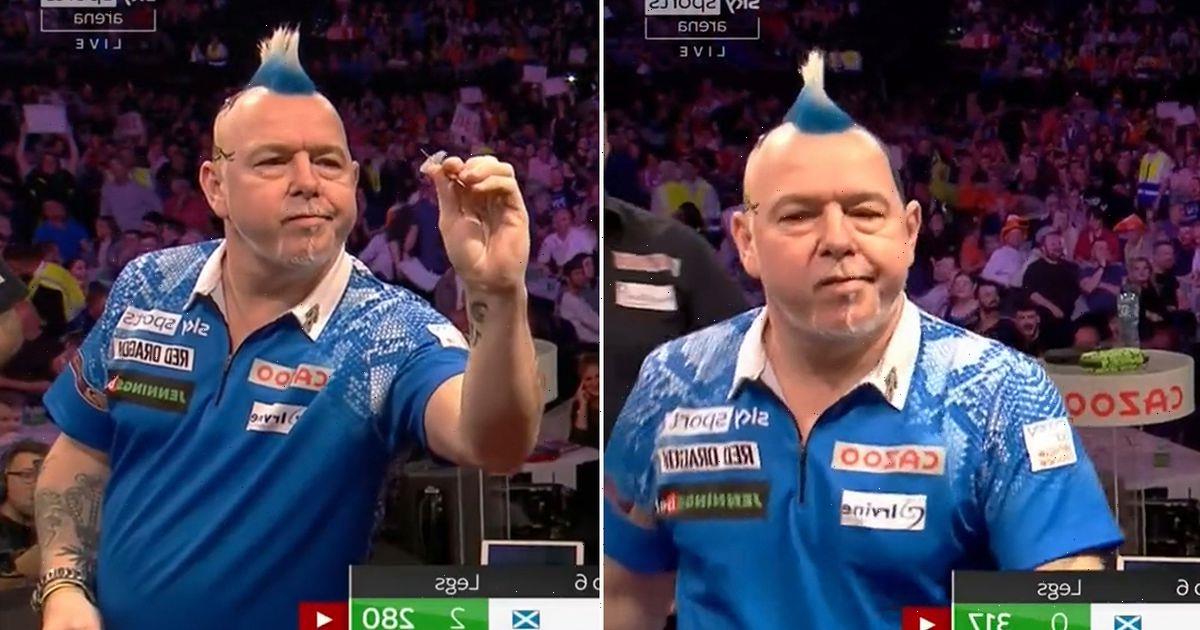 Snakebite was beaten 6-2 as fellow Scot Gary Anderson secured a rare victory in this season’s competition before losing 6-4 to the eventual winner on the night, Jonny Clayton, who defeated Michael van Gerwen in the final.

Wright kept up his habit of changing his darts, switching equipment in only the second leg, but it made little difference as Anderson swept to victory to maintain his excellent record in the Scottish city, even if his hopes of qualifying for the play-offs in Berlin are over.

“It was windy on stage which is why I swapped to a gram heavier dart,” he explained. “Even that wouldn’t go, [although] it went straighter. I don’t know, my eyesight up there, I’d got my contacts in, everything seemed so blurry. I don’t know what it is, maybe I need a weekend off, refocus on darts and then come back stronger.”

Despite admitting his need for a weekend off, Wright confirmed he will travel to Germany for the European Darts Open.

Expanding on the conditions in the arena, Wright added: “It’s a little bit windy up there. But we go to lots of venues, it’s windy here, it’s windy there. It affects darts players in the different weights of darts they use.

Who will win the Premier League darts? Have your say in the comments section below. "If you use a heavier dart, it goes through the air pretty well. The more you try to force it, you put too much shoulder into it and it’s not a natural throw anymore.”

On his performance in general, Wright admitted: “I was disappointed in my performance. I didn’t even give Gary a game. I think I put two scores together and I think that was against the darts, and that wasn’t good enough. I’ll just go back to the drawing board and get myself ready for my next tournament.”

The defeat wasn’t too costly though as he remains five points clear of fifth-placed Joe Cullen, who suffered a narrow defeat to Michael van Gerwen. Next week, in Sheffield, Wright faces Van Gerwen in the quarter-finals.