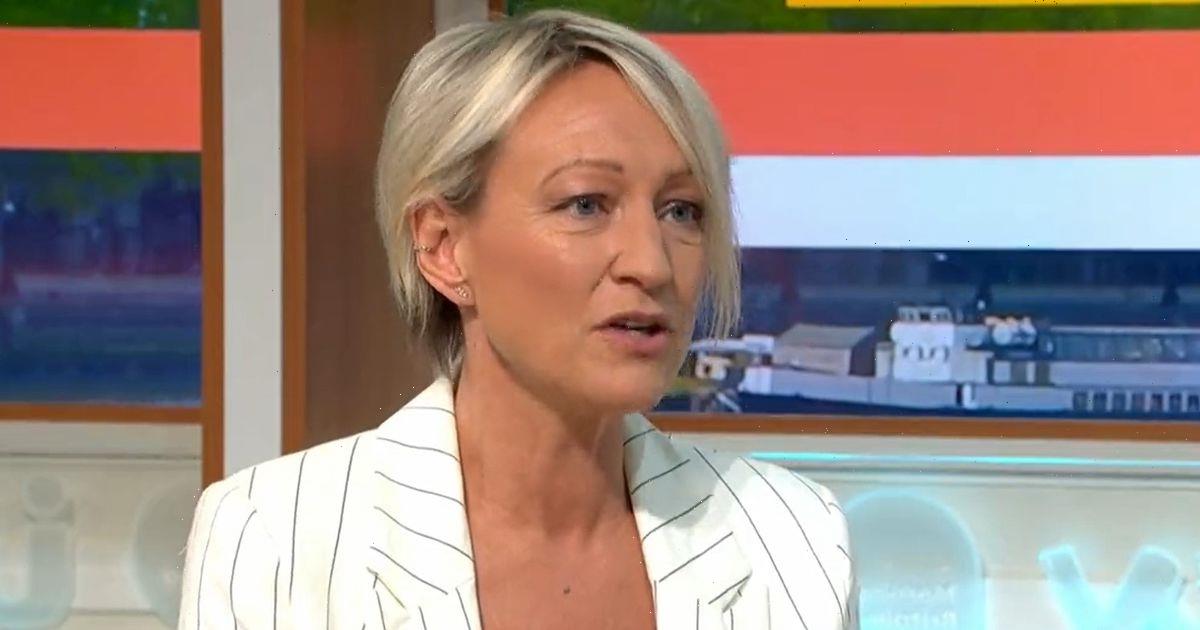 Ruth Dodsworth has opened up about the coercive control that she suffered at the hands of her ex-husband for almost a decade.

The ITV weather presenter appeared on ITV’s Good Morning Britain to talk about the harassment she endured as a clip from her new documentary, Controlled By My Partner? The Hidden Abuse, was shown on the programme.

Speaking to presenters Kate Garraway and Adil Ray, Ruth said of the abuse: “I was his wife. I was his possession. And in a sense, that gave him the right to do pretty much what he wanted and treat me the way that he wanted.”

Ruth’s ex-husband Jonathan Wignall was jailed in April 2021, after pleading guilty to one count of coercive and controlling behaviour.

As the court heard, Wignall, 55, tracked Ruth’s car, accessed her phone with her fingerprint, and set alerts for her TV appearances throughout a nine-year campaign of harassment and stalking.

Speaking on the GMB sofa, Ruth, 46, said that in the days leading up to his arrest she was receiving "hundreds and hundreds of phone calls a day" from her ex-husband, as well as constant text messages.

Ruth is currently preparing for Wignall to be released from prison after serving half of his three-year sentence.

“I am scared,” Ruth admitted. “I’m very scared. My family are scared, my mum. We do worry about what’s going to happen.”

She explained that Wignall will be on home release, which will see him wearing a tag and on a curfew, but questioned whether this will be enough to deter him from continuing his previous behaviour.

“To a man who to the best of my knowledge has shown no remorse, has lost his wife – has lost that one thing that he had control over – my worry is that a restraining order is a bit of paper, a tag doesn’t really matter.

“Has he learned? Is he really going to change?” Ruth added.

The presenter previously revealedthat she has installed alarms “everywhere” at her home ahead of Wignall’s release.

Last June, Ruth announced that she had met a new partner but was still “healing” from her marriage.

She said at the time: “I am healing, I am having to re-learn living. Practical things like wearing what I want. That might sound so trivial to everyone else, but for so long I haven’t been able to make those decisions.

"I don't have to hide my phone. I don't have to say where I am every single minute of every day. These are the things I am having to re-learn, but I am doing it."

Controlled By My Partner? The Hidden Abuse, in which Ruth tells the story of the abuse she endured for almost a decade, airs on Thursday at 8.30pm on ITV.

For the latest updates on your favourite stars, sign up to OK!'s daily celebrity newsletter