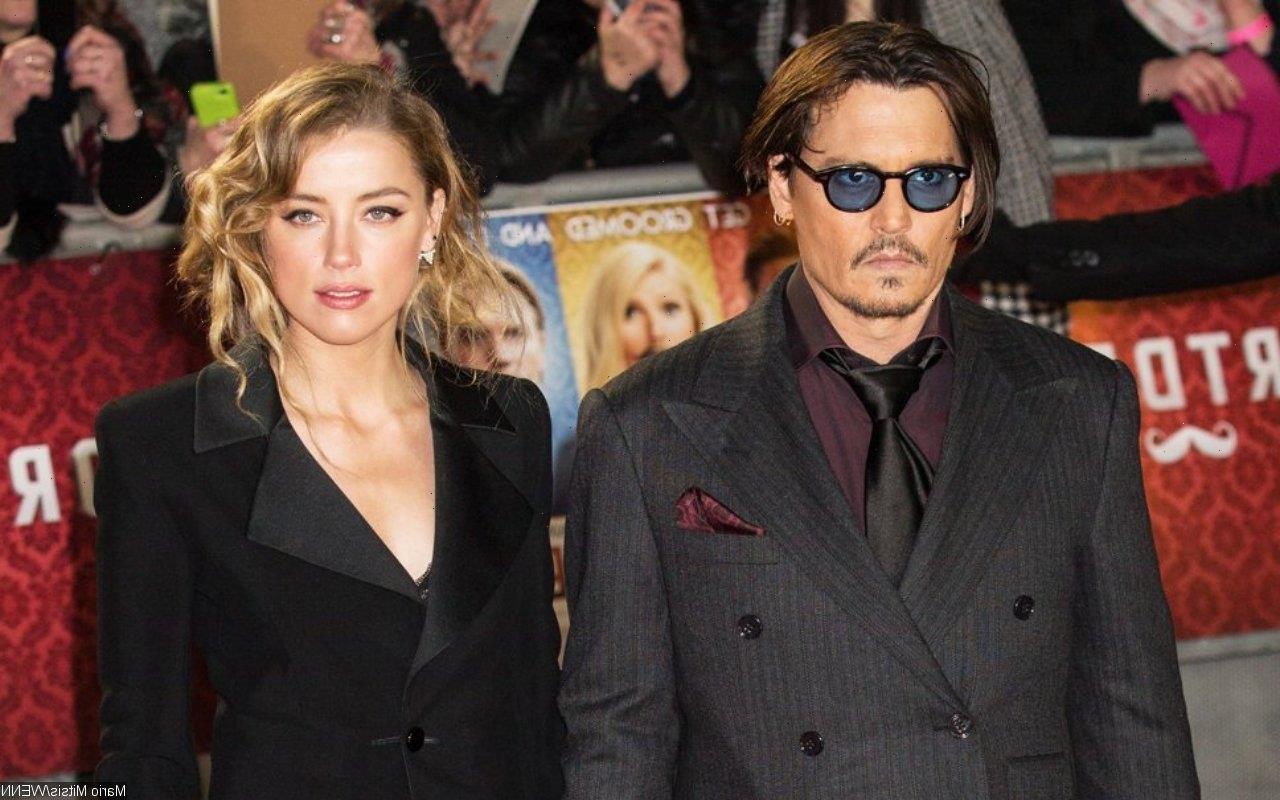 Countersuing her ex-husband’s defamation lawsuit, the ‘Aquaman’ actress takes the stand on the trial and spills details about how he got violent after she questioned him about his ‘Wino Forever’ tattoo.

AceShowbiz –Amber Heard thought it was “a joke” when Johnny Depp allegedly slapped her for the first time. Battling her ex-husband in a defamation trial over a 2018 op-ed she wrote about being a victim of domestic abuse, the “Aquaman” actress took the stand at Fairfax County Circuit Court for the first time on Wednesday, May 4, and recalled how her ex allegedly got violent after she questioned him about the “Wino Forever” tattoo he has on his arm.

The 36-year-old, who is countersuing the “Pirates of the Caribbean” actor, said, “It changed my life. We were sitting on the couch. We were having a normal conversation…there was no fighting no argument no nothing. He was drinking. I didn’t realize at the time but I think he was using cocaine. There was a jar of cocaine…a vintage jar of it. I ask him about the tattoo he has on his arm. To me, it just looks like black marks. I didn’t know what it said. I said ‘what does it say.'”

“He said it says ‘wino.’ I didn’t see that. I thought he was joking. I laughed. And he slapped me across the face. And I laughed. Because I didn’t know what else to do. I thought, this must be a joke,” she continued recalling. “I didn’t know what was going on. I just stared at him, kinda, laughing still, thinking he was gonna start laughing too. He said ‘You think it’s so funny b****?’ “

Amber said Johnny then hit her again and she fell. She went on to share, “It was clear it wasn’t a joke anymore. I stopped laughing. He slapped me for no reason. Second slap, I know he’s not kidding. I just stared at him. I didn’t move or freak or out defend myself. I just stared at him because I didn’t know what to do. And he slaps me one more time. Hard. I lose my balance.”

The “London Fields” actress then claimed she knew straight away she “had to leave” her husband, but he cried and promised not to do her again. She said, “I knew it was wrong and I knew I had to leave him. I wish I could sit here and say I walked out of that house…and stood up for myself. I wanted to believe him. I believed there was a line he wouldn’t cross again and that was it.”