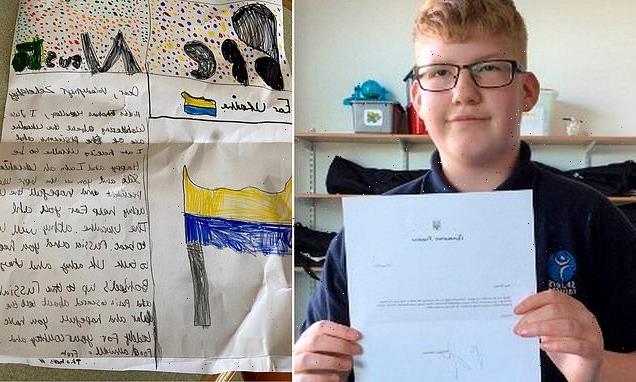 Durham schoolboy, 12, who wrote Ukrainian President Zelensky receives a reply saying his letter brought a smile to his face

A County Durham schoolboy has received a letter of reply from Ukrainian President Volodymyr Zelensky, thanking him for his support.

The president said that 12-year-old schoolboy Thomas Handley’s letter brought a smile to his face.

The Durham Trinity School and Sports College pupil put his handwritten letter into a collection of supplies amassed by his classmates, which were headed for Ukraine.

Thomas told ‘the best president’ Volodymyr Zelensky that he was ‘happy to be helping’ Ukraine and last week his school received an unexpected reply. 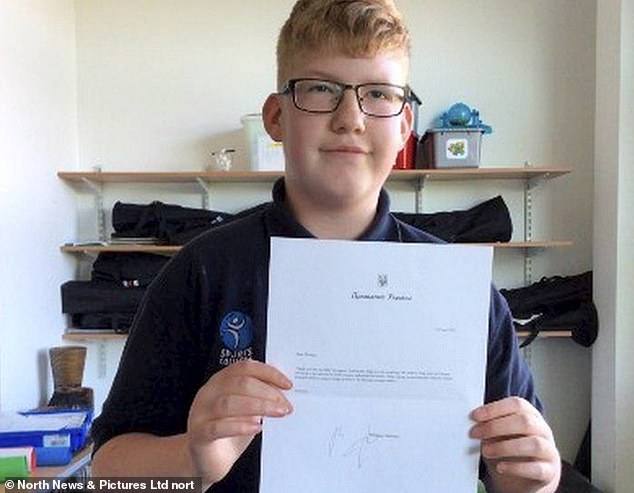 Schoolboy Thomas Handley (pictured), 12, who was delighted to receive a reply from the President of Ukraine Volodymyr Zelensky after he put a handwritten letter into a convoy of supplies collected by Durham Trinity School 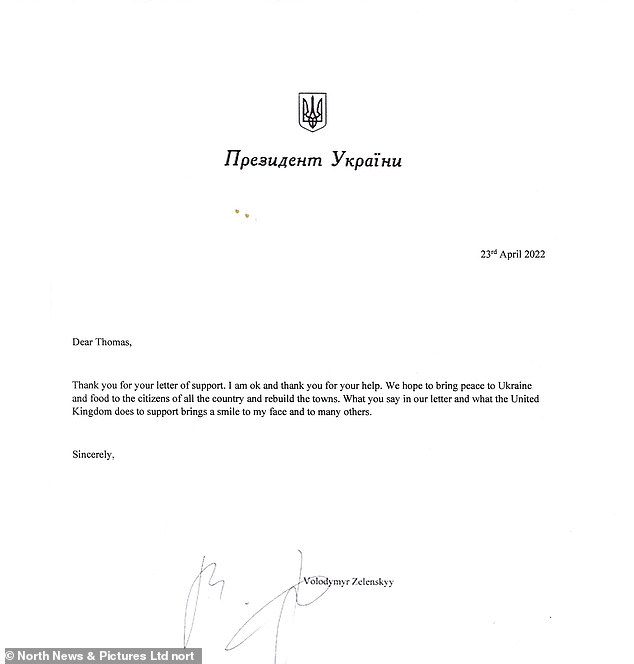 President Zelensky’s reply to Thomas, which will be framed and hung at his school 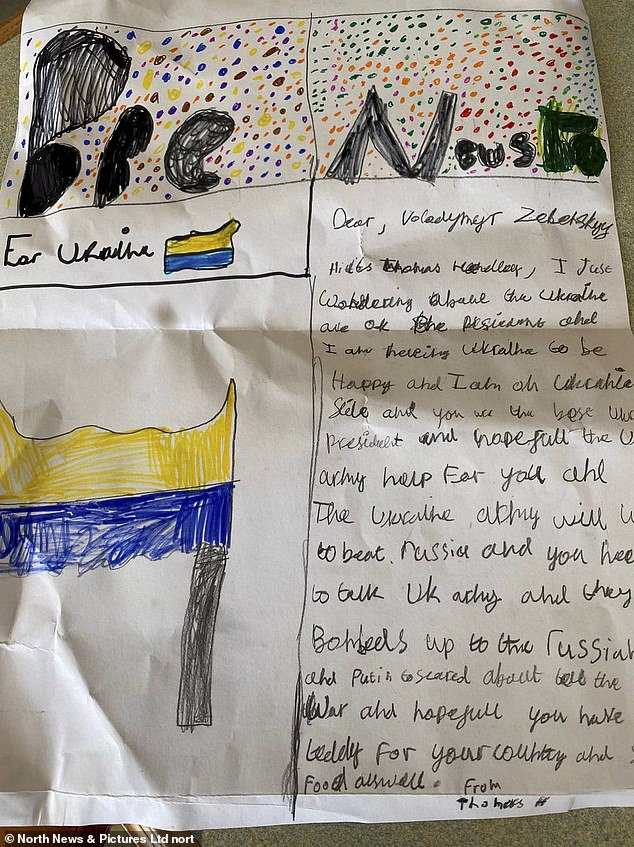 Thomas said: ‘I was happy to get a reply – and my school has given me a certificate and told me “well done”.’

Speaking to the BBC, Teacher Robin Hadden said: ‘We couldn’t believe it when the letter arrived, our office staff opened it, addressed to “Thomas at Trinity School”, and asked around the classrooms as we were not expecting anything back.

‘It’s a really personal reply thanking Thomas for his thoughts, saying he is hoping to bring peace to all the citizens of Ukraine and how they’ll rebuild towns and how hearing of the UK support has put a smile on his face.’

The school, that helps youngsters with a wide range of additional learning needs, sent 270 parcels of medical supplies, clothing, food, toiletries and four wheelchairs to a refugee reception centre last month in Poland. 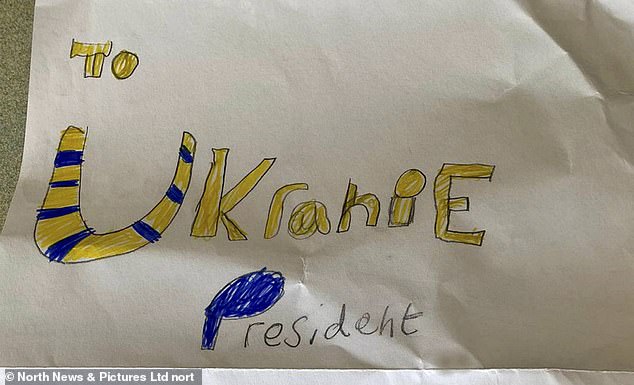 Thomas addressed his letter to ‘Ukraine President’ (pictured), but he was not expecting to receive a reply

Thomas said in his letter that he hoped Ukraine would ‘win to beat Russia’ and that ‘Putin is too scared about telling the truth about the war’.

Thomas’ mother Kimberley spoke to BBC Radio Newcastle about her son’s excitement, she said: ‘Thomas came home from school waving it in his hand – I don’t know whether we’ll be able to prise it out of his hands but we’re going to frame it and give it pride of place in our home.’

The school has also said it will frame a copy of the letter.