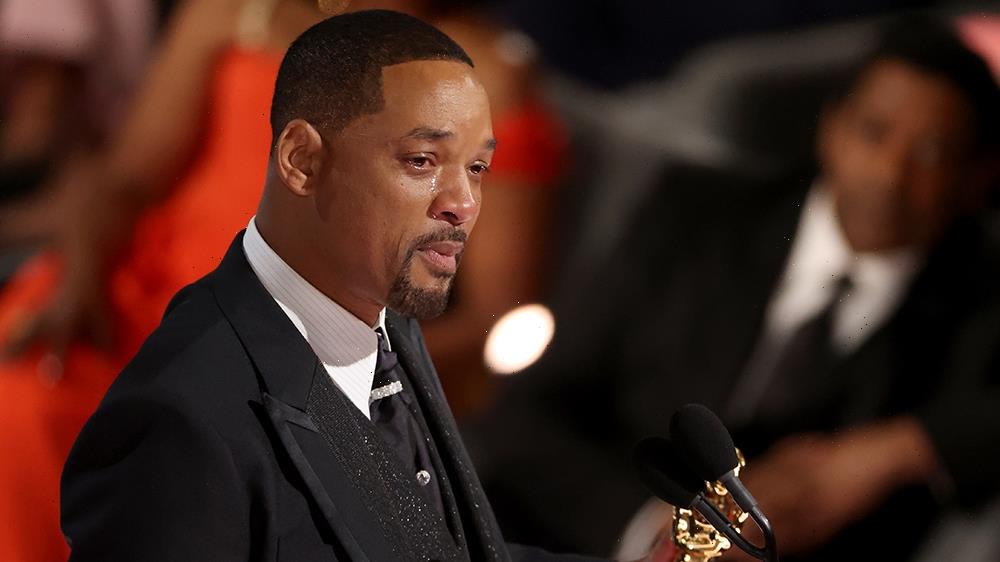 Roughly a month after a chaotic Academy Awards ceremony ended, the full speeches from this year’s telecast have finally been made available on the Oscars YouTube page, with one dramatic exception.  However, Will Smith’s best actor speech for his performance in “King Richard” is conspicuously absent from the uploads. It’s the only award from the 23 categories that were presented that isn’t included on the YouTube page. Does it have something to do with the slap heard around the world and Smith’s controversial, tear-streaked speech that he delivered later that same night? All of the clips of the winners been released over the last seven days, in the order of their presentation.

Anthony Hopkins later referenced Smith’s speech in his introduction for the best actress prize, but that part of his remarks was also left on the cutting room floor when things were uploaded.

Smith, facing possible expulsion or suspension after slapping comedian and presenter Chris Rock during the Oscars telecast, resigned from the Academy of Motion Picture Arts & Sciences five days after the incident. As a result, the Board of Governors decided to ban Smith from all Academy events, including the Oscars, for 10 years. So what’s with the decision not to include his remarks online?

The 53-year-old actor and producer is not the first Academy winner or member that has faced backlash due to his actions. Five people have been expelled from the Academy in its history, including disgraced Hollywood producer and convicted rapist Harvey Weinstein, who won best picture for “Shakespeare in Love” in 1999, and sex offender Roman Polanski, the best director victor for “The Pianist” in 2003. Polanski, who fled the country in 1977 after pleading guilty to intercourse with a minor in 1977, was not present for his win. However, Weinstein, who won before his New York Times expose revealed decades of sexual harassment and rape, and was convicted and sentenced to 23 years in prison, was in attendance for the ceremony. He won alongside co-producers David Parfitt, Donna Gigliotti, Edward Zwick and Marc Norman.

Some may argue that Smith’s violent act against Rock should have no place in the online archives of the Academy. However, Weinstein’s 1999 speech, which was uploaded in March 2008, is still included in the four-minute, 27-second clip on the Academy’s YouTube page. He was expelled in 2017.

It should be noted that the Academy’s Twitter account did share Smith’s full speech on the night of the March 27 telecast, less than 20 minutes after the show ended.

Variety reached out to ABC and the Academy for comment on this story. Just before this story was published, the Academy uploaded Smith’s video clip, after they uploaded the final category of the evening, best picture, which went to Apple Original Films’ “CODA.”