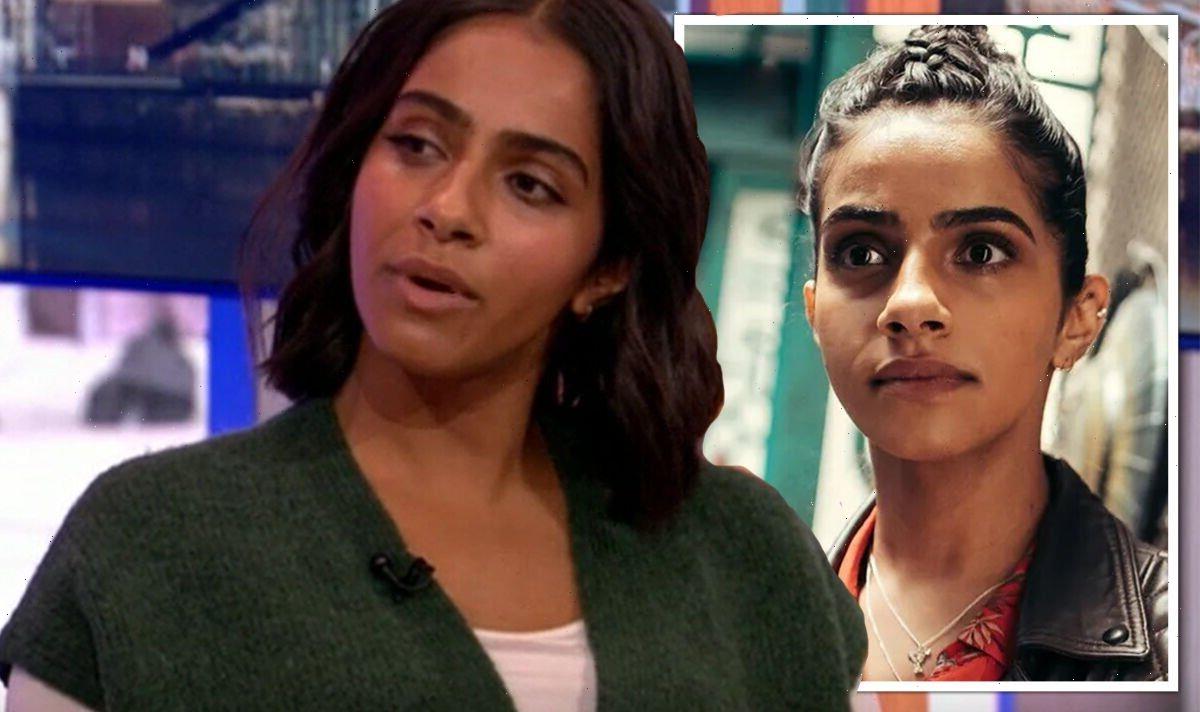 Doctor Who: Jodie Whittaker stars in trailer for centenary special

On Tuesday’s The One Show, BBC hosts Lauren Laverne and Jermaine Jenas welcomed actors Tom Felton and Mandip Gill to the iconic BBC sofa. The pair appeared on the popular BBC show to talk about the play they appeared in, 2:22 – A Ghost Story, which is currently in the West End in London. Mandip revealed an update on her future on Doctor Who and what fans could expect from the next special that will air later this year, marking the end of Jodie Whittaker’s run as the Doctor.

Talking about their spooky new play 2:22 – A Ghost Story, Mandip admitted that she doesn’t like talking about “ghosts” but has built up a thick skin from travelling in the Tardis.

Fans of Doctor Who are wondering whether Yaz’s (played by Mandip Gill) feelings for the Time Lord (Jodie Whittaker) will come to a happy conclusion in the final outing, but the tight-lipped actress kept her cards close to her chest on the BBC show.

Lauren asked: “We hear that you are going to be reunited with the Master, the Daleks, the Cybermen in a feature-length BBC centenary special. It will be Jodie Whittaker’s final episode. Will it be yours?”

“It will be mine,” the sci-fi star replied.

Lauren gasped, but Mandip was quick to put her at ease and continued: “Well, not forever, because who knows in the world of Doctor Who.

“It definitely comes to an ending in that episode, but not forever. Who knows?”

Jermaine read out a tweet from a viewer and asked the time traveller: “We have a message from Sam, she’s written in and says, ‘Love you in Doctor Who. However, the big question has to be, do you know who will be the next Doctor after Jodie? And will you have a role in the 60th anniversary?'”

“They don’t tell me anything,” Mandip replied.

Tom joked that he might, in fact, be involved in the future of Doctor who.

The Harry Potter actor said: “I can only say limited amounts about my involvement.

Laughing it off, the stars moved on from the probing line of questioning.

Little is known about who the next Doctor will be to step through the regeneration process.

Former Time Lord David Tennant was a front runner for many bookies, but another British female actress is climbing up the ratings.

Jodie made history when she joined the show in 2017 as the first female Doctor and now It’s A Sin actress Lydia West could be her replacement.

Even Jodie herself thinks the Channel 4 BAFTA-nominated star could “smash” the role.

Talking to Radio Times, she added: “I don’t know. I think the joy of the role is that you don’t really know until it’s announced. And then you think, ‘Yeah, of course!'”

Leading bookies Coral said her odds have “slashed in half” to 2-1 from 4-1.

Coral’s John Hill said: “Many punters feel that the first-ever female Doctor Who will be replaced by another British actress, as we have seen strong support for Lydia West in the last 24 hours.

“Our betting is suggesting it will be a two-horse race for the role between David Tennant and Lydia West.”

The One Show airs weekdays at 7pm on BBC One.