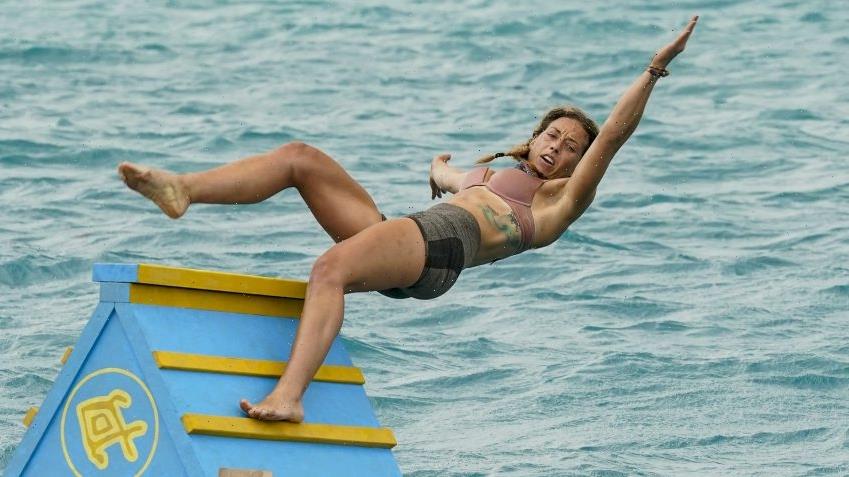 CBS dominated Wednesday with Survivor winning not just the most viewers of the evening, but the highest rating as well. Chicago Fire, which typically makes a mark on Wednesday, was in repeats along with the rest of NBC’s Chicago slate.

The latest Survivor brought in a 0.8 rating in the 18-49 demo and 5.48 million viewers, according to fast affiliates. In addition to bringing CBS yet another primetime win, Wednesday’s episode marked the season’s largest audience installment since December.

Fox also touted new material, including a new episode of The Masked Singer (0.6, 3.91M). Steady in the demo, the Fox competition series regained a decent amount of viewers after the previous week’s buzzy and controversial  Rudy Giuliani reveal. A consistent Domino Masters (0.3, 1.62M) closed things off for the network.

ABC was in repeats for a majority of the night, except for the final hour. A Million Little Things (0.2, 1.84M) returned taking a dip in the demo but rising in viewers.

For Thursday, ABC will feature live coverage of the NFL Draft from 8 p.m. to 11:30 p.m. ET. All other networks will air new episodes of their Thursday lineup. 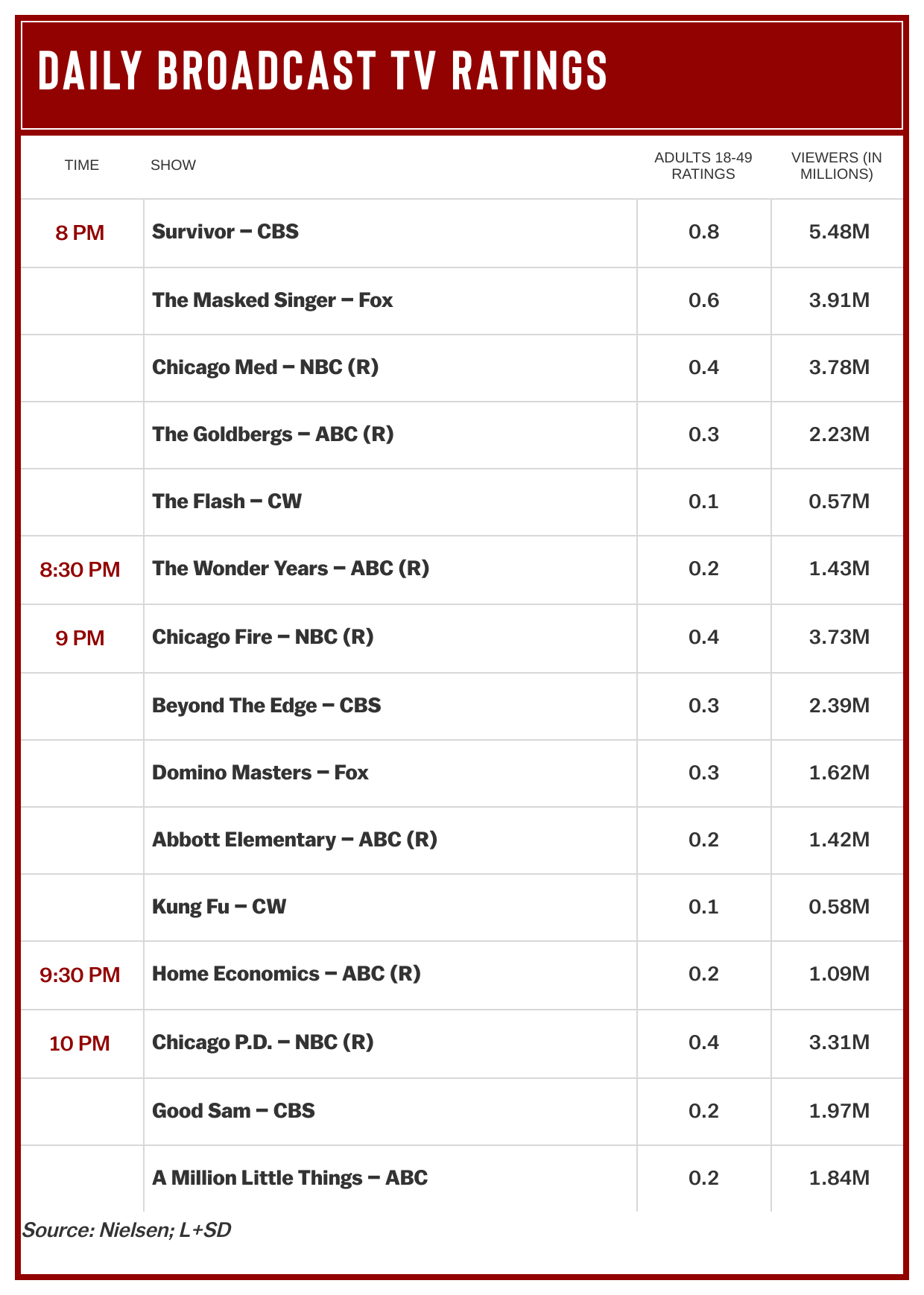