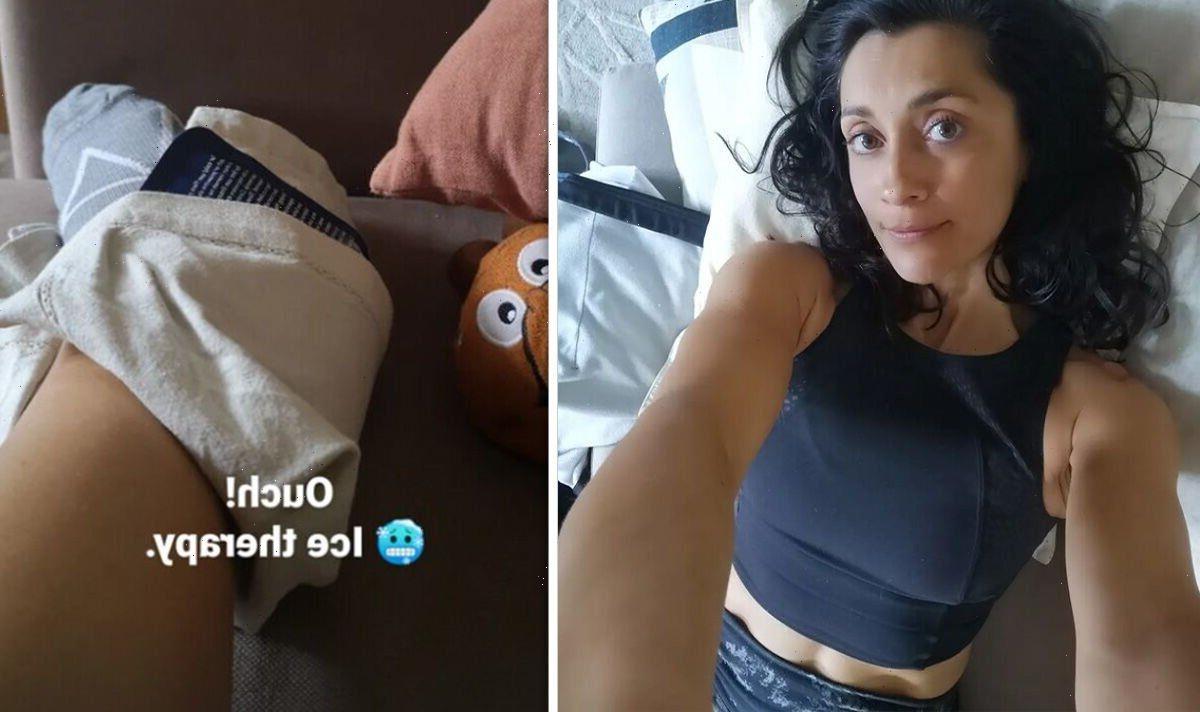 Emmerdale: Rebecca Sarker on what's next for Manpreet & Charles

Emmerdale actress Rebecca Sarker took to Instagram this evening to share that she had been left “bruised and battered” after a gruelling day. The star admitted that she had “worries on her mind” as she uploaded a new selfie to the social media platform.

Taking to Instagram, the star opened up about the tiring day she had endured with her 28,500 followers.

She posted a selfie lying down with her head on a pillow, while showing off her toned abs in a black crop top.

“Ice on the ankle, heat on the back, worry on my mind…

“Not long to go,” she added with a grimace emoji, with the tag @thegamestv.

Rebecca is currently taking part in ITV’s competitive show The Games, which will see celebrities take on a host of challenges as they receive training from some of the UK’s top coaches.

A number of Rebecca’s fellow celebrities reached out in the comments section as the star admitted her exhaustion with the process.

Another Emmerdale star Kevin Mathurin penned: “You can do it, R.”

“You got this mate,” added fellow castmate Ash Palmisciano, while ITV’s Lucrezia Millarini commented with a heart eyes emoji.

In her story, Rebecca also showed some pictures of her training for The Games, including one of her hunched down and ready to run on the race track.

Another snap showed the star applying ice to her painful ankle as she propped up her foot.

“Out! Ice therapy,” Rebecca added with a cold face emoji.

ITV’s The Games will see various celebrities slip on their swimsuits and hop on their bikes to try as they attempt to step out of their comfort zones.

The show will be hosted by Holly Willoughby and Freddie Flintoff, while former athlete and presenter Alex Scott will act as trackside reporter.

Six male and six female competitors are set to battle it out in various athletic competitions – all the while racking up points on the medals table.

Fellow Emmerdale actor Ryan Thomas will be joining Rebecca on the ITV show.