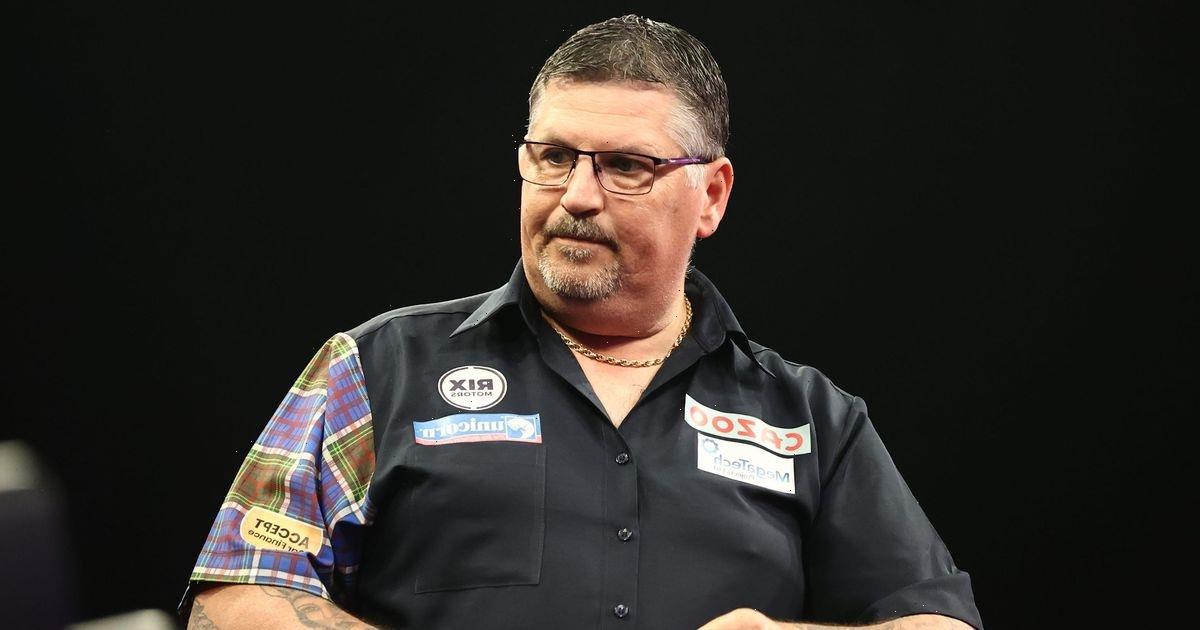 The Flying Scotsman, the winner in 2011 and 2015, has endured a dismal campaign so far and sits at the bottom of the table with just seven points, 11 away from the top four. Next up for Anderson is a genuine basement battle against Michael Smith, just one point better off, in the quarter-finals in Dublin on Thursday.

The tournament’s new format, with five points up for the grabs to the winner of each night, does offer stranglers the chance to propel themselves back into contention. However, with Anderson and Smith so far off the pace, the loser of the clash in the Irish capital can forget about a place in the play-offs. Both need to start winning night, and soon.

Aside from his win in Nottingham on night six, where he beat Smith in the final, Anderson has looked out of sorts, with some fans questioning his presence in the tournament.

Speaking last month, the 51-year-old, a two-time world champion, admitted to feeling nerves on the oche. He told the Sky Sports’ Darts Show Podcast: “My game at the moment is up and down, and it’s mostly down. Going up there, I’m finding myself getting very nervous now.”

Asked why he was feeling nervous, Anderson said: “I don’t play on the European Tour and they’re playing every second week in front of crowds and get used to it. I’m once in every blue moon now and it’s a bit nerve-wracking.

Who will reach the Premier League play-offs? Have your say in the comments section below

“Even doing exhibitions, I shake like heck. I just get myself so worked up now with the nerves. I should be old enough and wise enough not to let it bother me, but over the last few weeks it has been.