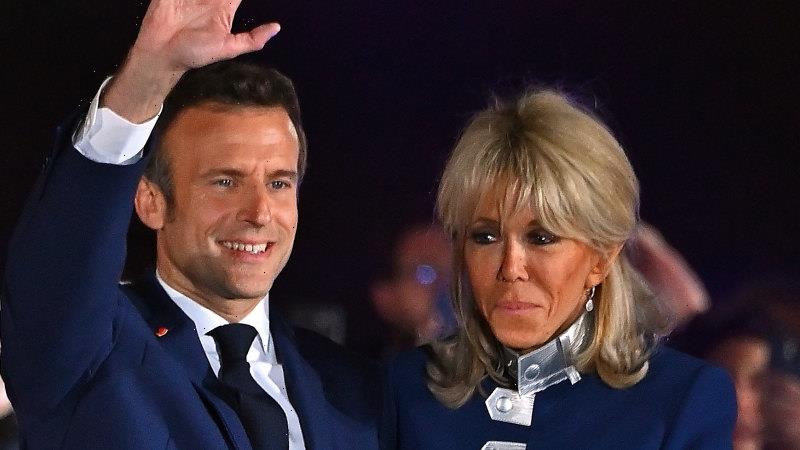 It is hard to overstate the importance of the French presidential election, in which incumbent Emmanuel Macron secured a second term ahead of his resurgent far-right rival, Marine Le Pen.

Almost a third of the French abstained from voting for either candidate, but we should all breathe a sigh of relief that enough turned out to back a future in a united Europe over the divisive and dangerous future that Le Pen threatened to bring on. 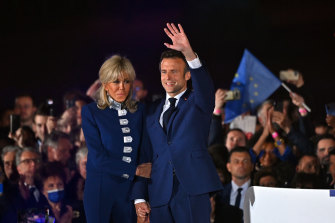 As we observed last week, had Le Pen prevailed it would have been troubling not only for France, but for the democratic world more widely.

While she had attempted to soften her image by ditching or downplaying some of her party’s more unsavoury policies, she stoked the Trumpian fires of lower-class alienation, was resolutely anti-immigration, pledged to ban Muslim women from wearing the veil in public and promised to push back against climate change action. 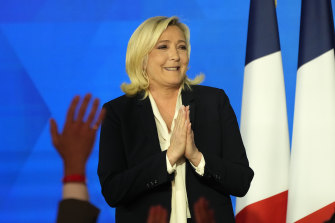 The election marked the third time that Martine Le Pen has run for the French presidency.Credit:AP

Beyond the domestic friction caused by fuelling far-right unrest, Le Pen would have probably set France on a path to eventually leaving the European Union, Brexit-style, threatening its stability at a time when solidarity in the face of economic and geopolitical challenges has rarely been more important. If the EU fractured, it would leave a vacuum that Russia and China would rush to fill.

So concerned were other European nations that ahead of the election the leaders of Germany, Spain and Portugal made a highly unusual appeal to French voters. In a joint column in the French journal Le Monde, they argued the contest was a choice “between a democratic candidate who believes that France is stronger in a powerful and autonomous EU, and an extreme-right candidate who openly lines up with those who are attacking our liberty and our democracy”.

Le Pen was always something of a long shot, especially when she doubled down on leaving NATO and seeking peaceful terms with her sometime-backer Vladimir Putin. Even for voters disillusioned with Macron – his arrogance, his focus on world affairs – allowing Le Pen in the Elysee presidential palace was too terrifying.

Her defeat is not a complete repudiation of her views: with 40 per cent of the vote, in her third tilt at the presidency, she brought the extreme right closer to power in France than at any time since World War II. The hope, now, is that Macron can somehow use his victory to heal his fractured nation and dissipate the anger Le Pen exploited so successfully. He almost acknowledged as much in his victory speech, urging the crowd to be “careful and respectful” because the country was “full of division”.

But the task will be far from easy. Gloomy economic forecasts suggest France’s cost-of-living woes will get worse before they get better, exactly the conditions the likes of Le Pen, Donald Trump and the rest of the populist opportunists relish.

Macron’s win cements his status as the most powerful leader in Europe right now, secure for five years while his German counterpart, Olaf Shulz, struggles to find consensus and Mario Draghi, in Italy, is openly looking for an exit.

Now the French president must straddle the responsibilities of unifying his fractured nation with his duties as a putative successor of Angela Merkel, driving the EU to tackle the challenges of disease, war, climate change and food and fuel shortages. It is a tall order, but Macron has to deliver.