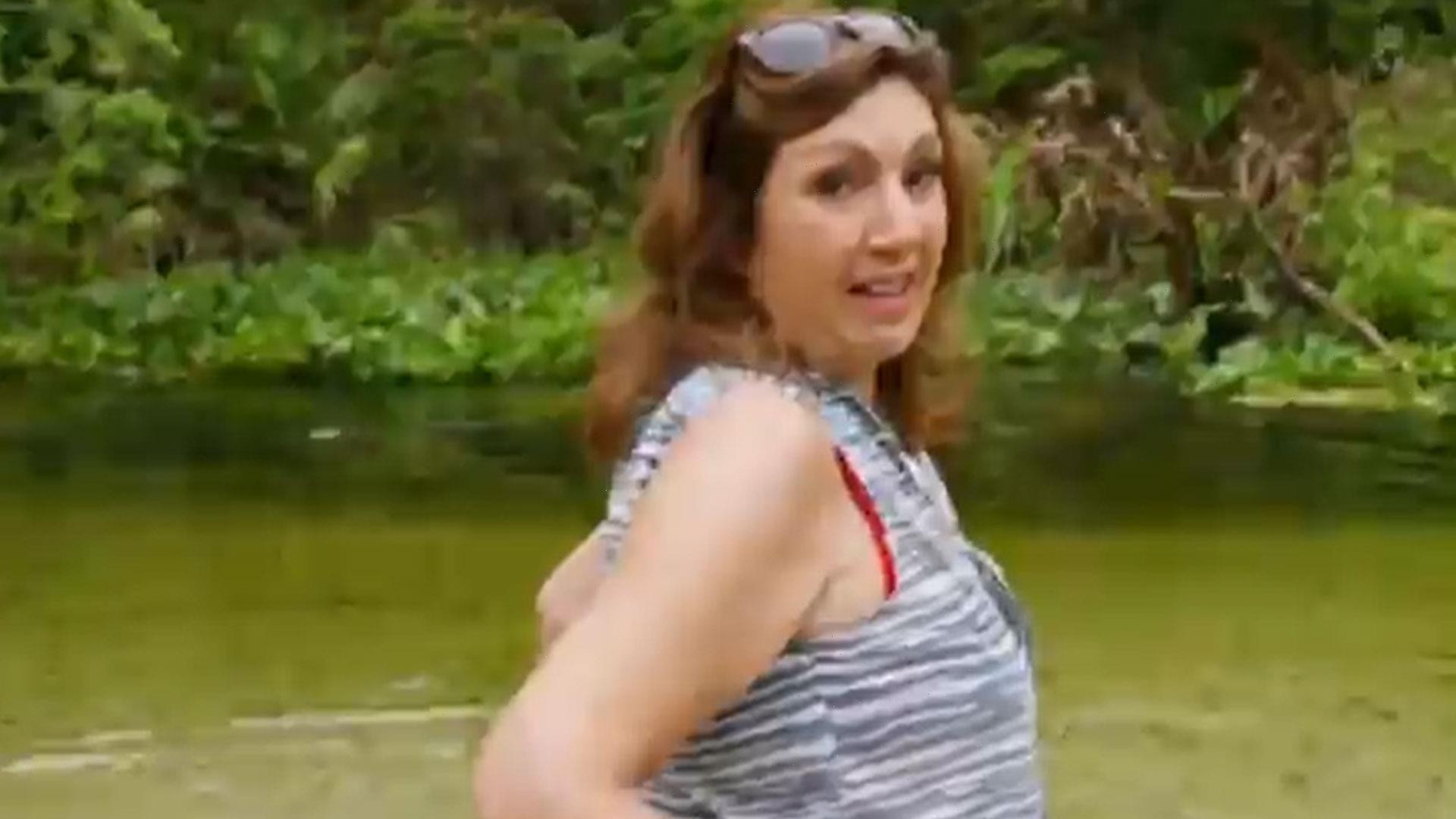 JANE McDonald was left red-faced after a nightmare wardrobe blunder on a kayaking trip.

The star continued her explorations in Florida in the latest episode of her Channel 5 series, and visited Disneyland. 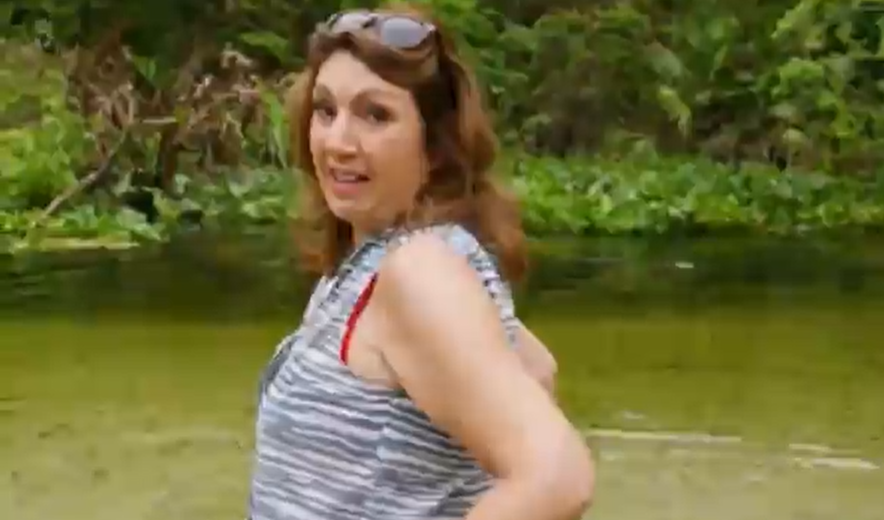 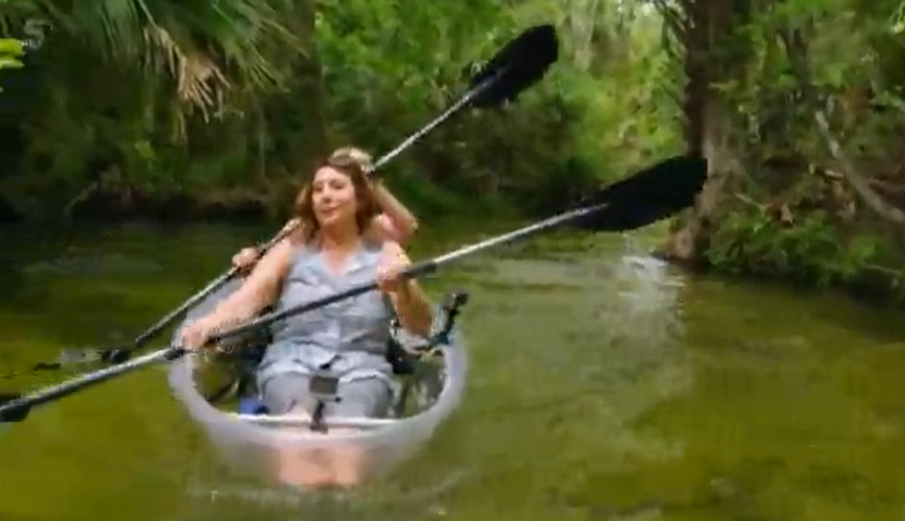 As well as the mega-tourist attraction, Jane also wanted to explore the natural side of the US state, and ended up in a kayak.

She told viewers: "Kayaking is very good for solo travellers.

"You don't need to go with someone as there are plenty of people there on their own as well.

"I am going to be kayaking down the Rock Springs River. 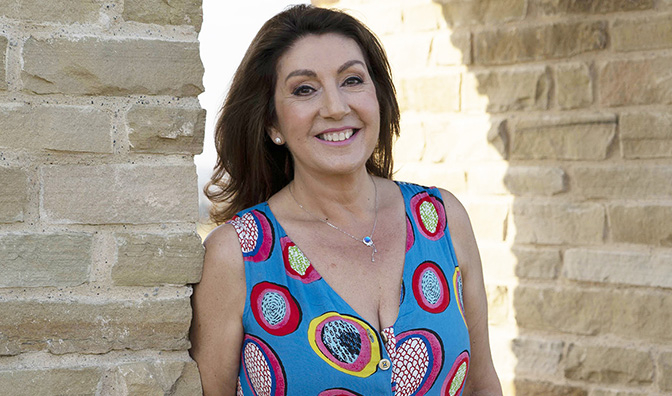 "It is said to be one of the most beautiful in Florida, and thankfully I'm not on my todd today, as, on request, you can be paired up with someone!"

Jane was in a two person kayak and introduced her co-paddler, saying: "I have been paired up with Debbie, who thankfully is much better at paddling than I am.

"Debbie moved to Florida 25 years ago after she too worked on the cruise ships, now look at us both cruising again."

The women paddled down the river before Debbie took over so Jane could have a break and take in the leafy surroundings from the boat.

After almost crashing into other people kayaking, Jane joked: "It's like dodgem cars, this is fabulous, isn't it! The water is just so beautiful, what lush surroundings, I really didn't expect to see this so close to Orlando.

"I didn't expect an upper body workout either, but I have had a blast!"

Eventually it came time to get out of the kayak but as she did so, she revealed she had a wet bum.

Turning to show the camera, she said red-faced: "I haven't done anything it is just the water from the kayak." 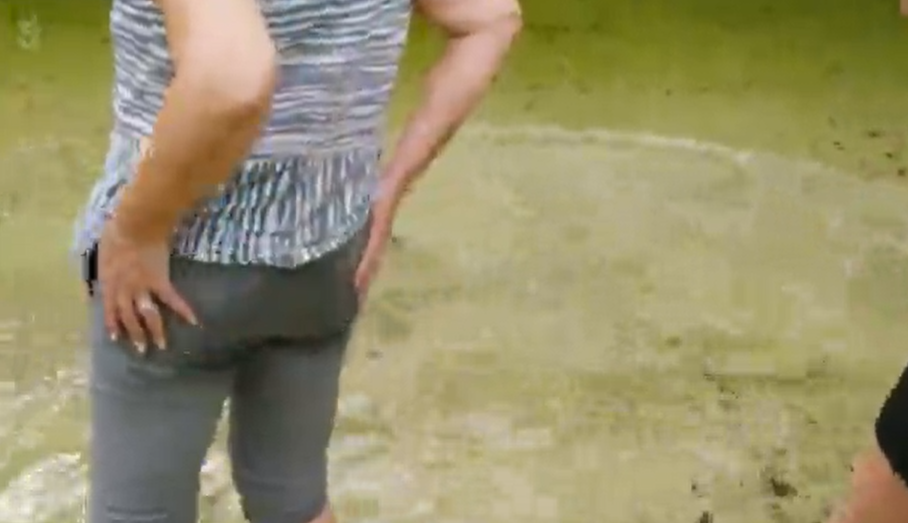 Holidaying with Jane McDonald airs Sunday at 9pm on Channel 5.