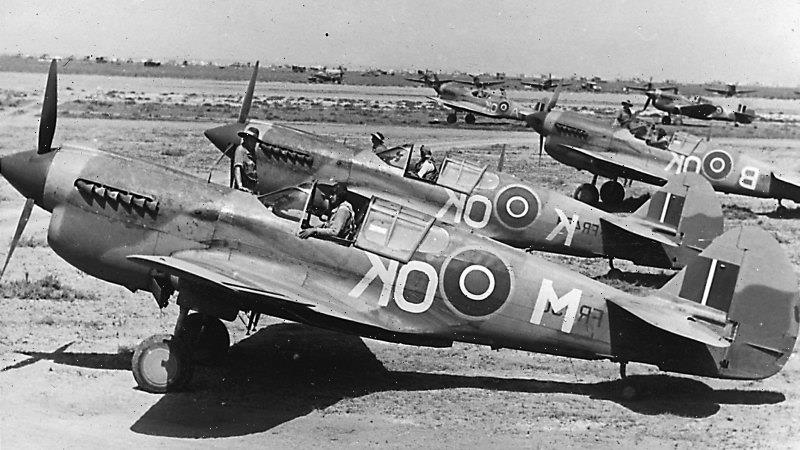 From Our Own Correspondent. 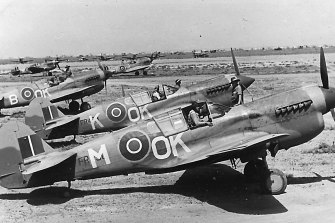 After incredible adventures in the New Guinea jungle, an Australian fighter pilot, who had been shot down by Japanese more than a fortnight ago, returned to his base this week, and was almost shot down again by Japanese when within sight of safety. He was a Queensland squadron leader, who had already won the D.F.C. for exploits in Libya.

While flying a Kittyhawk fighter he was shot down in flames over Lae during a heavy Allied raid on April 11, when the Japanese aerodrome, aircraft, anti-aircraft batteries and shipping were plastered. The Australian baled out and fell into the sea, three-quarters of a mile offshore.

As he floundered in the water trying to release himself from his parachute harness he tried to attract the attention of natives on the beach to make them bring out a canoe and rescue him. They were terrified of the Japanese, however, and would not assist, although when he had swum ashore two of them helped him clamber up on to the rocks. The natives then debated among themselves whether to hand the pilot over to the Japanese. After a few anxious moments they agreed to take him into the bush away from the Japanese.

“All that day I seemed to do nothing but swim rivers,” said the pilot. “In the sea I did not see any sharks, but in one river I saw a crocodile, which did not worry me fortunately.”

For the next six days the pilot struggled inland through dense jungle and drenching rain. At times the downpour was so terrific in the twilight of the jungle that he had to put a hand on the shoulder of the native ahead to guide him. After a while his shoes wore through. As he scrambled up terrible mountains his feet became red raw until he could walk no longer. For a time the natives carried him, and after a while they constructed a pair of crude crutches from the branches of a tree, with which he staggered through terrible swamps and forests until the branches had ripped every shred of clothing from him. He was then given a native lap lap to wear.

Late on the sixth day he encountered a patrol of Australian soldiers, who gave him food, drink and clothing, and later he was picked up by an American dive bomber, which landed in a clearing in the jungle, and took him to its base.

The plane arrived over the airfield as a raid was in progress, and it came in with a Japanese Zero plane on its tail spitting fire. One of the Zero’s bullets took a tiny chip off the end of the Australian’s finger, but the American pilot skilfully evaded the Japanese in clouds and landed safely. The rescued Australian was given a tumultuous welcome by his pilot comrades, who had given him up for lost.