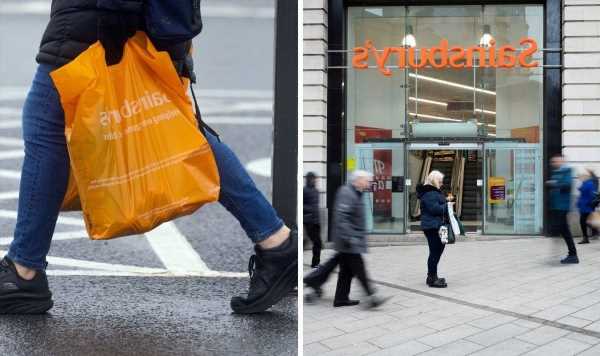 Money expert explains how to get free cash with nectar points

Popular supermarket giant Sainsbury’s has launched a new Big Points Swap offer, but many customers feel it has replaced the much loved Double Points promotion that was scrapped last year.

Sainsbury’s shoppers received an email from the supermarket explaining the new offer.

Shoppers will be able to swap their Nectar points for enhanced money off vouchers which, for some customers, are potentially worth up to twice their usual value when they shop at Sainsbury’s.

But customers will need a minimum of 2,000 points to be eligible and can redeem up to a maximum of 10,000 points.

However, some shoppers have been left upset by the offer, feeling that it replaces the Double Points promotion.

This offer meant that customers could exchange their Nectar Points for Double Up vouchers for just one week, usually in November.

A customer with £50 worth of Nectar Points would have £100 for just that week.

But the scrapping of the Double Up offer shouldn’t have come as a huge surprise to Sainsbury’s shoppers, as the supermarket revealed the news last year, and the event did not take place in 2021.

A spokesperson for Nectar stated at the time: “Fewer customers have been using Double Up over the last few years and so it’s only benefitted a small minority of our customers.

“We know some people will be disappointed to see it go, but we hope more customers will be able to take advantage of our new My Nectar Prices offer.

Yet, infuriated customers have taken to social media to express their annoyance regarding the new offer.

On the Extreme Couponing and Bargains Facebook group, Becka Harris wrote: “Don’t know if it’s been posted but Sainsbury’s are doing the big points swap instead of double up this year.”

Darshika Mehta Agrawal responded: “Please be careful when opting for it though. We converted our points to coupons yesterday and were given only two weeks validity plus you have to spend the entire voucher amount in one go. You can’t use it for multiple shops.

“Sainsbury’s confirmed to us that the Big Points Swap is not a replacement for the Double Up offer. It is currently on trial to a select number of shoppers.”

@Matthew36906162 took to Twitter, stating: “@sainsburys @nectar @GlosTSS Your new BIG points swap is a BIG Con and hugely misleading, the email sent to me showed I would get double the value, in the app I’m being offered only 50 percent – you can’t get any more misleading than this!!!”

@charmieMAF echoed this sense of confusion: “@nectar Did the swap points for voucher to get 50 percent extra. I was expecting 10,000 for £75 but 15,000 have been taken from my account.

Martin White stated: “@nectar Feeling ripped off. I was selected for Big Points Swap, £10 for £15 on April 15, 2022 after spending nearly three hours in store still waiting for voucher to come through. Disgusting!!!!”

@MartinHadynLewi wrote: “Your Nectar vouchers are not working with Smartshop in store.

“It’s incredibly annoying to be losing so much money.”

Randolph Payne said: “I have been overcharged points in the not quite Double Up, it seems to have happened to a lot of people.

“Can you advise what’s the deal and how to resolve?”

A Sainsbury’s spokesperson told Manchester Evening News: “We regularly test new ways to offer our customers great value on their Nectar points. We’re currently trialling a points swap offer with a small proportion of customers and look forward to receiving their feedback.”