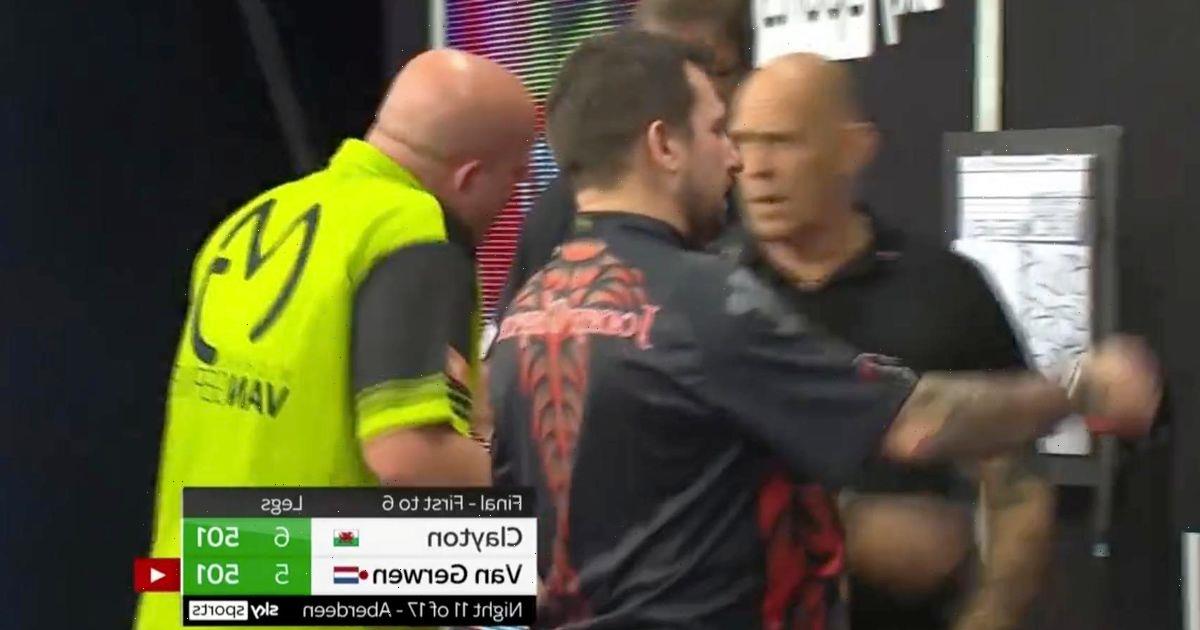 Michael van Gerwen has addressed his angry reaction following his defeat to Jonny Clayton in the final of week 11 of Premier League Darts in Aberdeen.

Van Gerwen went into the night sitting at the top of the table and cruised into the final after 6-3 wins over Gerwyn Price and James Wade. But he met his match in the final, where he was beaten 6-5 by Jonny Clayton, who had defeated home heroes Gary Anderson and Peter Wright earlier in the night.

During the final leg, van Gerwen could be seen remonstrating with referee Russ Bray as he was about to throw. Then, after Clayton clinched victory with double top, the pair shook hands before van Gerwen complained to Bray again.

It was initially thought his reaction was related to a distraction from the crowd, but the Green Machine took to Twitter after the match to insist that wasn’t the case.

He wrote: "It wasn’t to be in the final but more points on the table. Well done to @JonnyClay9,” he wrote. “At the end I was annoyed about something else, nothing to do with the fans. The atmosphere was brilliant in Aberdeen this evening thank you Scotland. Now for a weekend with my family."

His tweet produced more questions than answers, with @robert31199087 asking: “What annoyed you Michael if you don’t mind me asking?”

Who will win this season’s Premier League Darts? Have your say in the comments section below

@jah_fooley suggested: “He remembered he left the oven on.”

The result saw the Clayton replace van Gerwen at the top of the table, with both looking almost certain to finish in the top four and reach the play-offs in Berlin in June.

Next Thursday, the Premier League roadshow heads to Dublin, where van Gerwen faces Joe Cullen while Clayton takes on James Wade. The other two quarter-finals will see Peter Wright versus Gary Anderson and Gerwyn Price against Michael Smith.