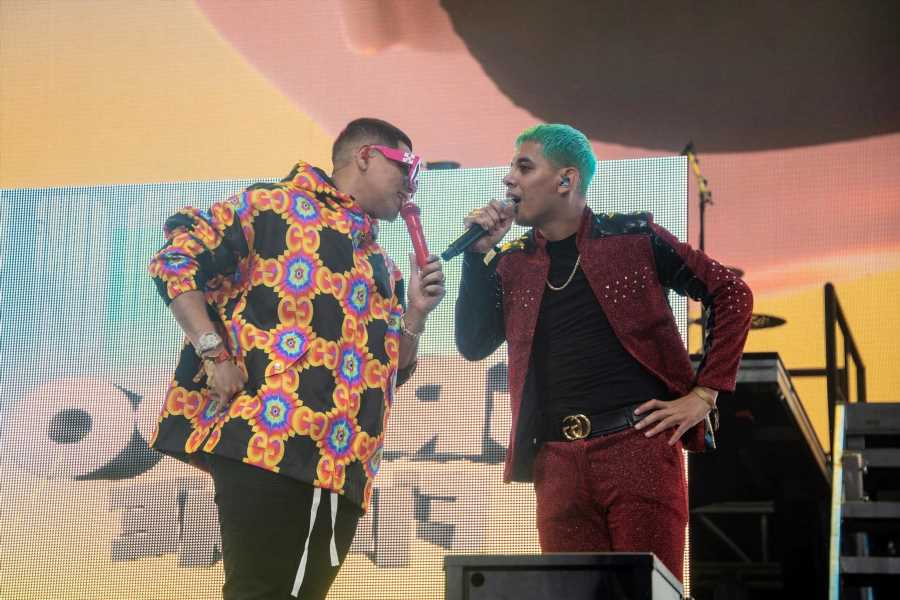 Well, a Styles-Firme crossover is finally here. Rolling Stone can announce that the Mexican band, fronted by Eduin Caz, is dropping a Spanish cover of “Watermelon Sugar” as an Amazon Original at midnight Thursday, appropriately titled “Sabes a Tequila.”

Available exclusively on Amazon Music, the cover reimagines Styles’ hit song as a Banda-style track, with Caz’s vocals accompanied by the full band as he sings new lyrics to fit Firme’s style. “No es tomar por tomar/si en tu boca yo me quiero enborrachar. Sabes a tequila, ay,” Caz sings in place of Styles’ “I’m just thinking out loud/I don’t know if I could ever go without/Watermelon sugar, high!”

Chasteness, Soda Pop, and Show Tunes: The Lost Story of the Young Americans and the Choircore Movement

Ahead of the group’s performance at Coachella, Firme’s manager Isael Gutierrez told Rolling Stone that the group was finding a way to incorporate Styles into their set with a possible cover. Gutierrez said that the band laughed at some of the memes that joked that Styles would be listening to the group’s set backstage and dancing along in full vaquero gear.

Firme is no stranger to covering songs outside of their genre. The group covered Karol G and Nicki Minaj’s “Tusa,” which has become one of the group’s most requested songs. (They even sang it at Coachella.)

The new Amazon Original comes ahead of the group’s stadium tour this summer across the United States, including two stops at L.A.’s SoFi Stadium. “It’s going to be a Mexican party here in the U.S.,” Caz said in a press conference.

And before hitting the stage at Coachella, Caz told Rolling Stone what it was like to bring their show to a diverse crowd. “We’re trying to bring what it is to be Mexican so people can see us in a different light — not in the typical boots and cowboy hat way,” he said. “We dye our hair, we dress differently. We’re here to show off our roots.”