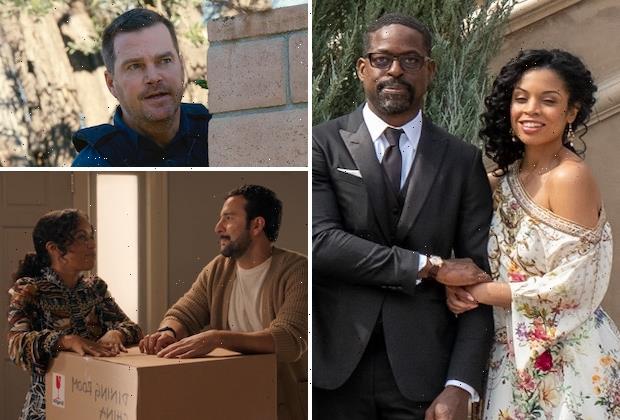 We’ve got questions, and you’ve (maybe) got answers! With another week of TV gone by, we’re lobbing queries left and right about lotsa shows including Better Call Saul, black-ish, Snowfall and The Flight Attendant!

1 | Where was Fear the Walking Dead‘s Paul getting that seemingly never-ending supply of electricity to power his house? And just how many walkie-talkies does Arno have if he can leave one behind with anybody who might bump into Alicia?

2 | As much as we love Power Book IV: Force‘s Kate, how is she still alive? She’s got a drug problem and a big mouth, and she frustrates Tommy to distraction on the regular. Now that she’s one of the few New Yorkers who know that Tommy isn’t dead, her days have to be numbered somehow, right?

3 | We know Robyn is The Equalizer and everything, but wasn’t her ex-husband’s reaction pitch perfect when he saw the shooting victim she brought to his house? 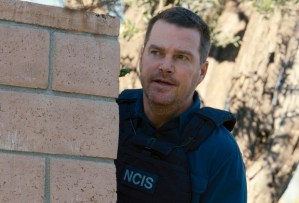 4 | Does it feel like this season of NCIS: Los Angeles will give us maybe one total sentence of new information about Callen’s past, and it’s being delivered a half-syllable per week? And did Rountree kinda irk you by not wanting to work a case involving a doggo?

5 | Is anyone else worried (OK, convinced) that S.W.A.T.‘s Annie is going to do something impulsive and ill-advised in order to crack that cold case?

6 | How does Transplant‘s Mags not already know that dating a med student is a bad idea?

7 | Even though Sanditon‘s Charles seems to love Georgiana, are you also worried he might be in it for the money?

8 | Were you relieved no one got hurt by Call the Midwife‘s WWII unexploded bombs, considering how many there were? And did the whole affair make you want to try Fred’s handy dandy Battenberg cakes?

9 | On American Idol, isn’t it a bit of a letdown when someone reprises their initial audition song during the live shows? We already know you can sing that!

10 | What’s weirder: That The Good Doctor had Dr. Andrews do “The Carlton Dance”? Or that Hill Harper managed to do it wrong?

12 | Better Call Saul fans, did you have trouble following the business with Mike and the safe at Nacho’s place? And who do you think was driving the car that followed Jimmy and Kim at the end of the premiere?

13 | Did ABC renew The Goldbergs in large part because they don’t want to go into the fall with just one sorta-long-ish running sitcom (The Conners)? 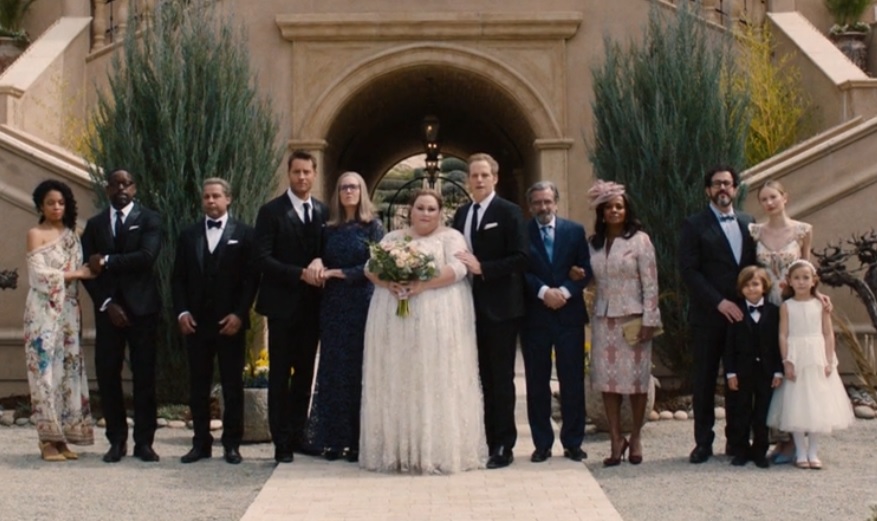 14 | OK, This Is Us…. Why weren’t Randall and Beth’s daughters at Kate’s wedding ceremony? (Is this like Lucifer‘s MIA Future Trixie, where they didn’t want to explain unfamiliar faces in a larger scene?) When the extended Pearson clan posed for a photo at the wedding, why were only Kevin and Madison’s twins present? Where were Jack and Hailey, who were seen at the actual ceremony and reception? And how long did it take you to realize that Rebecca’s song was set to the This Is Us theme?

15 | Who was working at the New Amsterdam hospital and clinic if nearly everyone was out at karaoke? And wait, This Is Us and New Amsterdam both had characters singing “All Night Long” on the same night? What are the odds?!

16 | Did the final moments of black-ish‘s series finale make you wonder about the status of Kenya Barris’ in-the-works spinoff centered on a Latino family?

17 | For all the caterwauling about Netflix eventually adding commercials, how much you wanna bet it winds up being a singular, unskippable ad block at the start (and maybe also the end) of each episode? 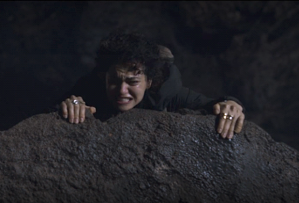 18 | If Moon Knight‘s Layla had the Heka priest locked in her arms as she rolled him off the precipice… how was she able to hold onto the ledge? (Or are we to think that she fell with him and, what, survived/climbed back up?)

19 | Did you believe The Real World Homecoming: New Orleans‘ Julie when she claimed to not have anything to do with Melissa’s lost jobs? And do you think the former besties will ever be able to patch things up?

20 | Were you pleasantly surprised that Chicago Med‘s potential “Her Body Must Be Producing Its Own Alcohol” storyline turned into something else entirely?

21 | After this week’s Chicago P.D., who else hopes Atwater and Halstead partner up again? 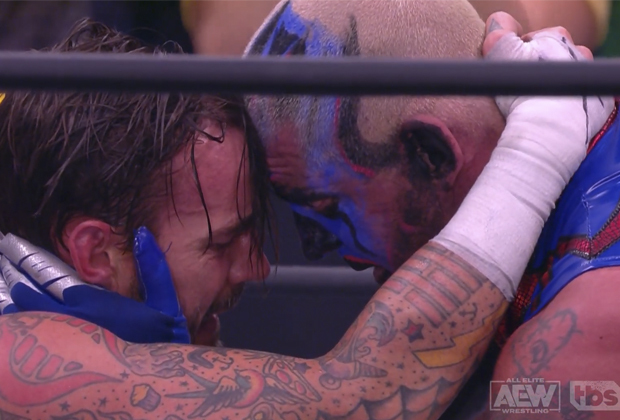 22 | On AEW: Dynamite, how amazing was CM Punk’s tribute to Bret Hart? And did you tear up seeing the mutual respect he and Dustin Rhodes showed each other following their incredible match?

23 | We understand that Survivor 42 filmed back-to-back with 41 and under particularly trying circumstances (thanks, COVID), but is this season feeling too repetitive by serving up the same. exact. advantages week after week? And who’s getting the biggest winner’s edit at this point: Omar, Hai or Drea?

24 | Are you also confused about Franklin’s wealth on Snowfall? When Peaches stole $5 million from him, it seemed like a big deal… until the finale, when Teddy ripped off Franklin for $73 million. Why isn’t the math math-ing, and how much did Franklin steal from Jerome and Louie? 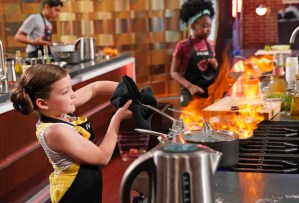 25 | Were any other MasterChef Junior watchers a bit on edge hearing a roomful of adolescents take turns yelping “Flambé!!!” in quick succession, as they each set things on fire? Also, why do you think the one pint-sized chef refused to cook with alcohol?

26 | Is it a small miracle that The Flight Attendant‘s Cassie has survived nearly a year of espionage, given that she is very, very bad/conspicuous at following people? Also, is it too obvious an early guess that CIA boss Dot is the killer doppelgänger? 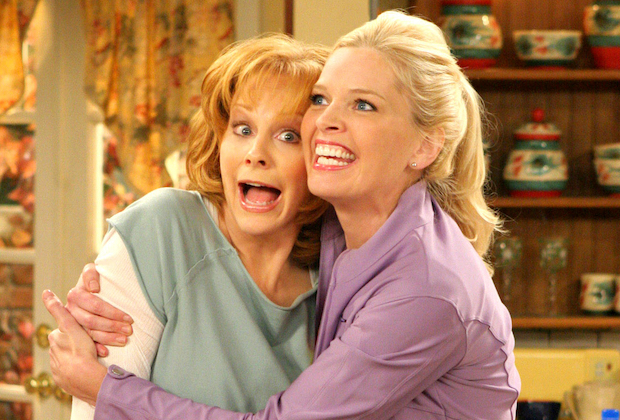 28 | Atlanta fans, did you also run to grab your phone and Shazam that great song Van played for Earn? (It’s “In Your Eyes” by BADBADNOTGOOD, for the record.) And seriously, though: Did Van steal that wig? 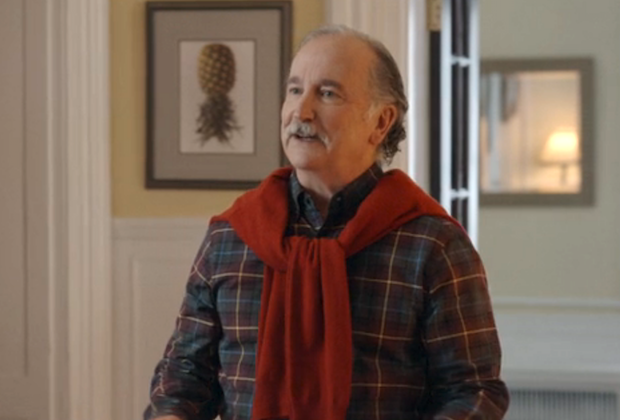 29 | As TVLine reader Nina noted (and in doing so, sent us down quite a rabbit hole!), does the Farnsbys’ upside-down pineapple on Ghosts signal that they are swingers?

30 | Outer Range viewers: Would you be as nice as Royal was to Autumn if someone had pushed you into a deep, dark metaphysical hole?

Hit the comments with your answers — and any other Qs you care to share!