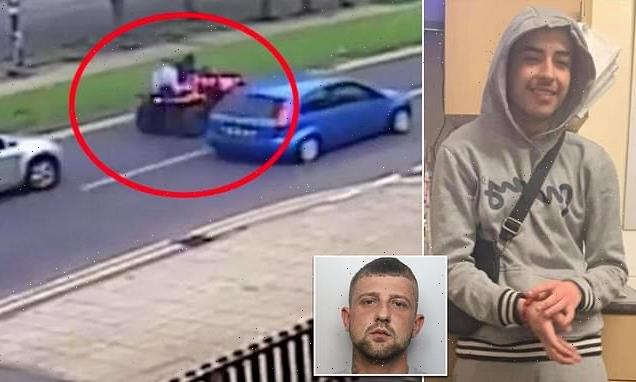 This is the chilling moment a killer driver murdered a ‘gang rival’ teenager by deliberately ramming him off his quad bike in a 60mph chase.

Rahees Mahmood, 18, died at the scene and a second man suffered serious injuries when Jordan Glover, 24, drove into the rear of their vehicle in Bradford, West Yorkshire, in June last year.

As they round a bend, Glover ploughs into the back of the quad bike, causing it to spiral out of control and smash into a nearby wall.

Mr Mahmood suffered a catastrophic injuries and died at the scene, despite horrified members of the public rushing to his aid.

Glover was convicted of his murder and causing grievous bodily harm to Mr Haigh following a trial at Bradford Crown Court on Thursday.

He was subsequently sentenced to life imprisonment with a minimum term of 18 years. 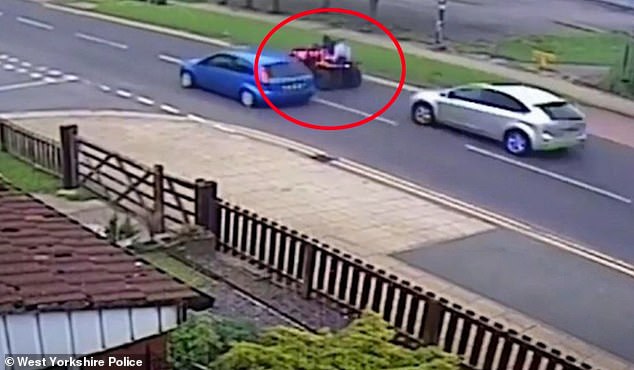 The chase reached speeds of up to 60mph, with both vehicles overtaking along a residential street before the fatal collision took place 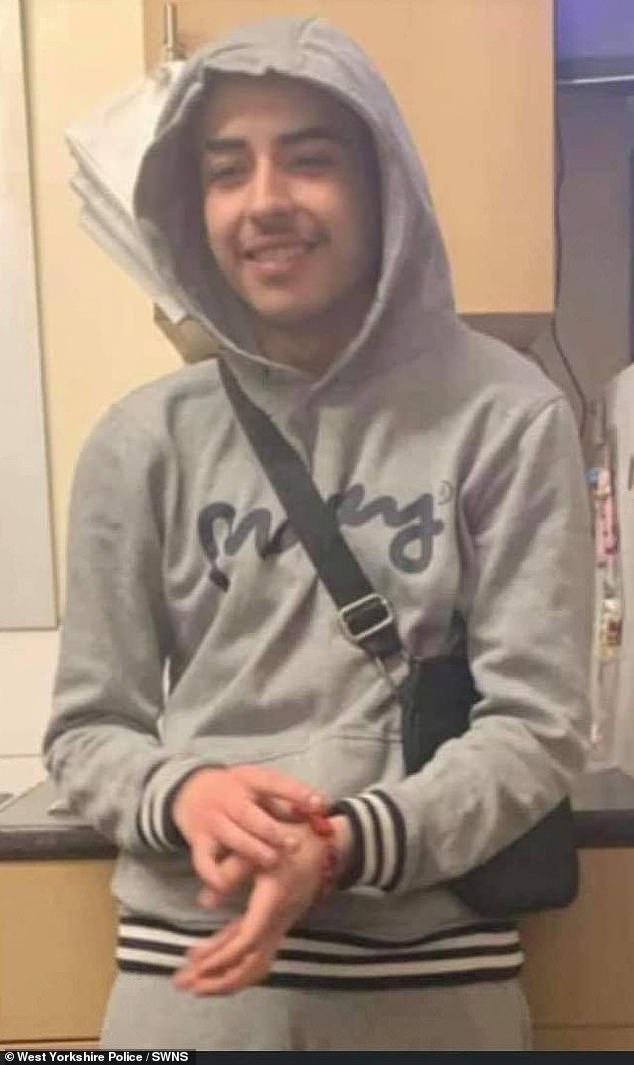 Rahees Mahmood, 18, suffered catastrophic head injuries and was pronounced dead at the scene despite members of the public rushing to his aid 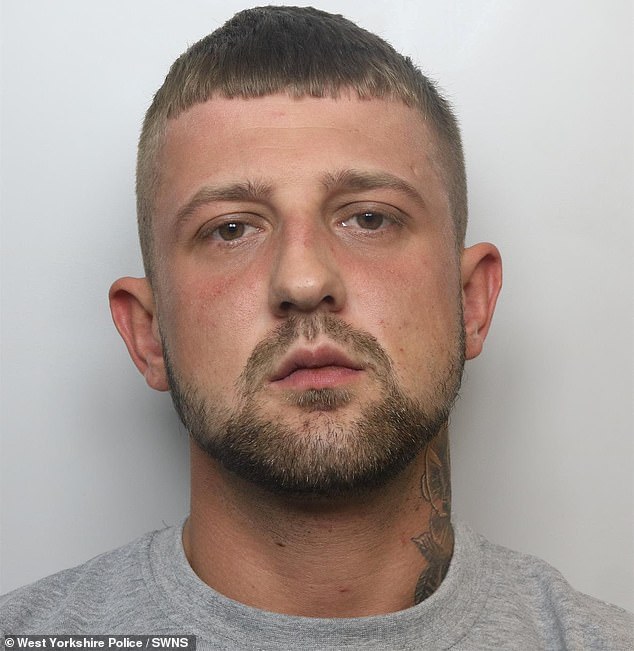 The court heard the murder was linked to ‘ongoing gang rivalries’ in the Holme Wood estate of Bradford.

Jason Pitter QC, prosecuting, told the court that tensions were high, earlier the same day, Glover was a passenger in a Nissan Terrano that rammed and damaged a VW Golf.

The quad bike then arrived at the scene, with Mr Mahmood a passenger on the back armed with a pitchfork.

A machete was also later recovered from the scene of the crash, while a rider on a moped that accompanied the quad bike also had weapons.

Glover set off after the quad bike in a ‘determined, dangerous and deliberate way’ at speeds of up to 60mph.

Glover gave chase and was at first around five seconds behind the quad bike, but his Ford Focus quickly closed the gap.

He then rammed the quad bike, rotating it anti-clockwise and causing both Mr Mahmood and Mr Haigh to be thrown off.

Glover then abandoned the uninsured car nearby and laid low for a few days before he was arrested by police.

Judge Andrew Hatton told the court that he is a young man with no previous convictions for violence. 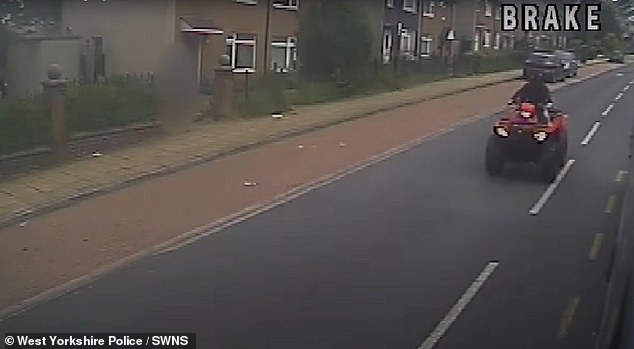 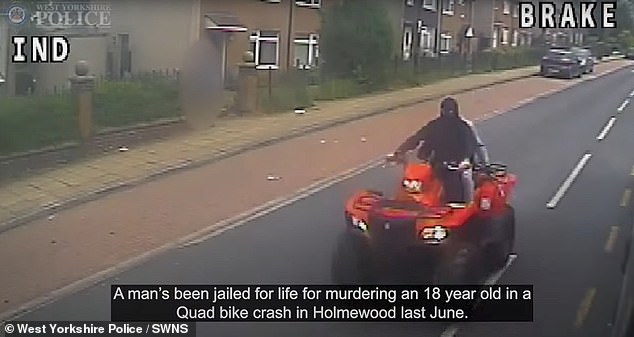 Passing sentence, he said Glover had allowed himself to become ’embroiled’ in gang-related issues on the afternoon of Mr Mahmood’s death, adding that he had used his car as a ‘weapon’.

The judge said he had also risked the lives of many other drivers that day.

Glover was jailed for life with a minimum term of 18 years and banned from driving for three years upon his release.

Following the sentence, Detective Chief Inspector Tony Nicholson of West Yorkshire Police said: ‘There are no winners in this case.

‘An 18-year-old man lost his life with devastating consequences for his family and friends and a 24-year-old man will be spending a minimum of 18 years in prison.

‘I hope this serves as a stark warning to other young men in the Holmewood area who might be engaging in petty damage, assaults, dangerous driving or anti-social behaviour that sometimes it can have serious and deadly consequences.’