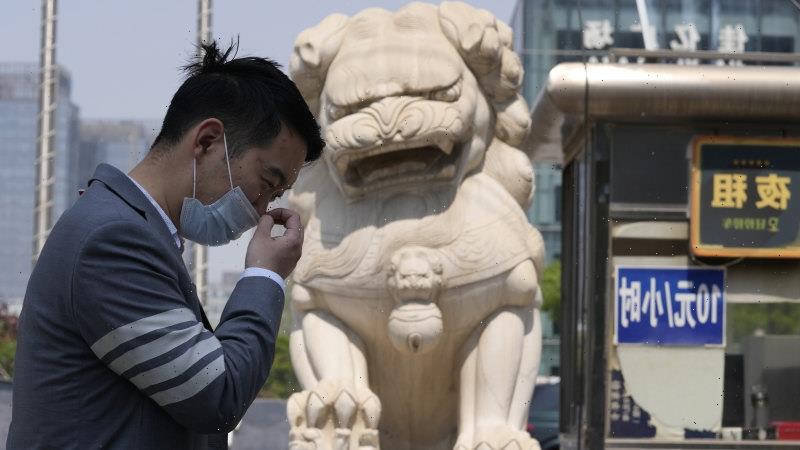 Hong Kong: By the numbers, Shanghai has been an exemplar of how to save lives during a pandemic. Despite the city’s more than 400,000 COVID-19 infections, just 17 people have died, according to officials, statistics they have touted as proof that their strategy of strict lockdowns and mass quarantines works.

But those numbers may not give a complete picture of the outbreak’s toll. China typically classifies COVID-related deaths more narrowly than many other countries, labelling some chronically ill patients who die while infected as victims of those other conditions. 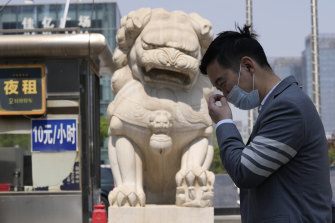 Shanghai allowed 4 million more people out of their homes on Wednesday as anti-virus controls that shut down China’s biggest city eased.Credit:AP

In addition, a nearly three-week lockdown of its biggest city has limited access to medicine and care for other illnesses. A nurse who suffered an asthma attack died after being denied care because of virus controls. A 90-year-old man died of complications from diabetes after being turned away from an overwhelmed hospital.

“If, at the time, he had been able to get treatment, he probably would have survived,” said the man’s granddaughter, Tracy Tang, a 32-year-old marketing manager.

Residents and front-line workers have also been pushed to their limits by the policies. A hospital worker started bleeding internally after long hours conducting mass testing; she, too, died.

It may never become clear how many similar stories there are. China does not release information on excess deaths, defined as the number of deaths — from COVID as well as other causes — exceeding the expected total in a given period. Public health scholars say that figure more accurately captures losses during the pandemic, as countries define COVID-related deaths differently. 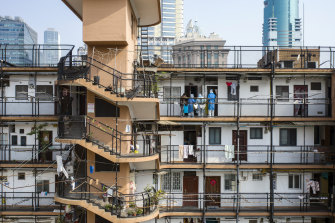 Quarantine workers stand outside an apartment in a residential building in lockdown in Shanghai on Wednesday.Credit:Bloomberg

But as an example of the hidden effects, a prominent Chinese physician recently estimated that nearly 1000 more diabetes patients could die than expected during Shanghai’s lockdown, urging authorities to take a more measured response.

The outbreak there has revived questions about the true toll of COVID in the country, which has officially reported fewer than 5000 deaths from the coronavirus in two years.

Beijing is unlikely to waver from its stringent approach. President Xi Jinping, has made the low death and infection rates central to his administration’s legitimacy. Officials have been fired after even a few cases were detected in their jurisdictions. Last week, Xi said “prevention and control work cannot be relaxed”. 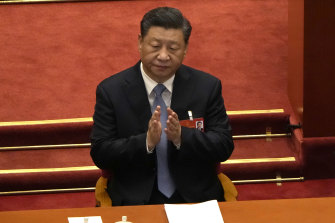 The focus on minimising COVID deaths risks incentivising officials to neglect other causes of death, said Xi Chen, a professor of public health at Yale.

“People pay overwhelmingly large attention to those more visible deaths,” he said. “But every death counts. They count equally.”

When the Omicron variant started coursing through Shanghai in March, some looked, with trepidation, at the example of Hong Kong. The curve of Shanghai’s infections was closely tracking that of Hong Kong’s own huge outbreak. Both cities have large older populations, many not fully vaccinated. Hong Kong’s COVID death rate had soon become the world’s highest, with around 9000 fatalities.

But a month later, Shanghai — more than three times as populous as Hong Kong — has recorded only 17 COVID deaths.

Hong Kong never fully locked down. Deaths often lag infections, so the reported tally in Shanghai could rise. Experts, however, say there is another reason for the disparity: the way China counts COVID deaths.

Many places, including the United States, Britain and Hong Kong, do not differentiate between people who die with COVID or die from COVID, as long as the coronavirus was a contributing factor. But mainland China generally counts only those who die directly from COVID-related pneumonia, said Zhengming Chen, a professor of epidemiology at the University of Oxford. (It has long done the same for other illnesses.)

That may be why, even as COVID has swept through hospitals for older residents, none of the patients who died appear to have been registered as COVID fatalities. (Workers said they did not know the exact causes of death.) A Shanghai businessman said his 77-year-old father, who had diabetes, died two days after testing positive. He was not logged as a COVID death either.

“If you apply international criteria,” Chen said, “the number of deaths would be somewhat high.”

Chen co-authored one of the few studies to examine non-public mortality data in Wuhan, where the pandemic began, working with Chinese government researchers. They found that COVID deaths there during the first three months of 2020 were most likely at least 16 per cent higher than reported.

Even within China, classification practices can vary. Shanghai officials have said that the 17 people who died had underlying conditions that were the direct causes of death, suggesting that the criteria they are using now is more in line with international practices. China’s National Health Commission did not reply to a faxed request for comment on its method of counting COVID deaths.

If the number was truly so low, he said, residents might ask, “Why bother?”

“But if the true number of deaths due to COVID, depending on how you calculate,” was much higher, he said, “then that probably needs careful thought.”

But the authorities continue to insist that a looser approach would be disastrous. And they have silenced voices suggesting otherwise.

This month, a prominent Shanghai physician, Dr Miao Xiaohui, estimated that the number of excess diabetes deaths could reach nearly 1000 by the end of his city’s lockdown. His estimate was based on the Wuhan excess mortality study, which, in addition to tracking COVID deaths, also showed that deaths from noncommunicable diseases, including heart disease and diabetes, were 21 per cent higher than expected during that city’s lockdown.

“Why can’t we consider a middle road” between zero COVID and living with the virus, Miao wrote in a blog post.