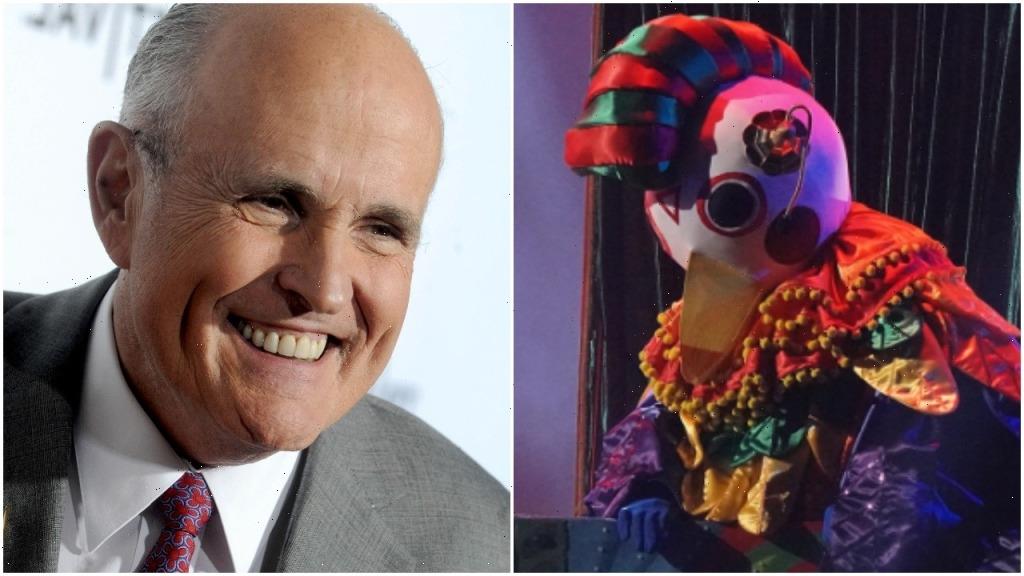 Rudy Giuliani was finally unmasked on The Masked Singer.

“It surprises us all that you’re here on The Masked Singer,” host Nick Cannon said as Donald Trump’s former lawyer was revealed as Jack in the Box during Wednesday’s episode.

“This is definitely something I never would have guessed,” added judge Robin Thicke.

There has been much controversy surrounding Giuliani’s appearance on the Fox reality competition series after his participation was first revealed by Deadline in February.

The reaction on the show to the man who helped Trump spread his baseless claim that the 2020 presidential election was stolen was an interesting one.

There were genuine gasps and looks of shock from the audience as well as a stunned Cannon when the mask came off, and judge Ken Jeong immediately crossed his arms.

Fellow judge Nicole Scherzinger looked confused and asked Jeong, “Is that Robert Duvall?” a reference to Thicke’s earlier guess. After responding to her in muted terms that it was, in fact, not The Godfather and The Judge star, Jeong quietly walked off the stage down the steps.

While Thicke is thought to have followed him to check on his friend, that was not shown on the Fox broadcast, which cut to Scherzinger and Jenny McCarthy dancing and having a whale of a time. McCarthy thanked Giuliani for appearing – apparently doing the show for his granddaughter – and said she was “so glad” he appeared.

The episode was titled “Don’t Mask, Don’t Tell,” quite on the nose for a Republican figure like Giuliani, though to be fair the former mayor of New York was critical of the policy at the time.

Giuliani sang George Thorogood & the Destroyers’ “Bad To The Bone,” a song featuring the lyrics “I make a rich woman beg… I’ll make a good woman steal” before he was cast out of the show.

There were some clues earlier in the episode about the Jack in the Box character, highlighting that he feels “impulsive” and a nod to the Four Seasons Total Landscaping press conference. “I get put in a box a lot,” Giuliani said.

“It can’t get badder than that,” Thicke said after hearing Giuliani sing.

The Masked Singer, whose season is titled “The Good, The Bad and the Cuddly,” is produced by Fox Alternative Entertainment with former BBC exec Moira Ross as showrunner. She exec produces alongside Craig Plestis and Nick Cannon.