One of Judy Garland’s dresses from the 1939 film "The Wizard of Oz" is set to be auctioned off next month.

The iconic blue-and-white checkered gingham dress with white collared top had been missing for decades but was found in July 2021 at the Catholic University of America (CUA) in Washington, D.C., Fox News Digital previously reported.

Now that it has been rediscovered, the dress will be auctioned in Los Angeles on May 24 in the "Bonhams Classic Hollywood: Film and Television" sale, according to a news release from the CUA.

The proceeds from the sale of the dress – valued between $800,000 and $1.2 million by auctioneer Bonhams – will help establish a new film acting program at the CUA’s Benjamin T. Rome School of Music, Drama and Art, the release said. 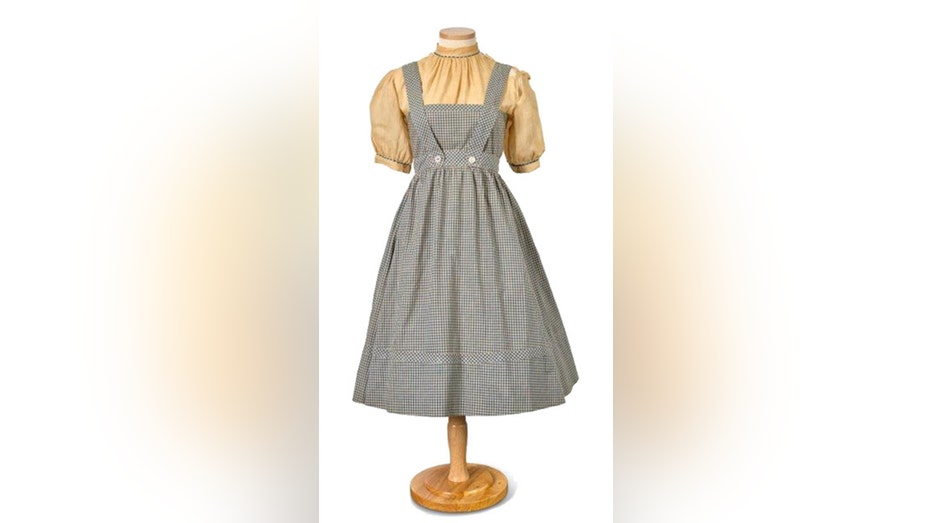 One of Judy Garland’s iconic dresses from the 1939 film “The Wizard of Oz” is set to be auctioned off next month.  (The Catholic University of America)

The dress is reportedly one of only two dresses from "The Wizard of Oz" that still has the original white blouse, and is one of only four blue-and-white pinafore dresses from the film that are in existence, according to Bonhams.

The dress being auctioned off next month has been matched to the scene in which Dorothy faces the Wicked Witch of the West in her castle, according to the CUA news release. 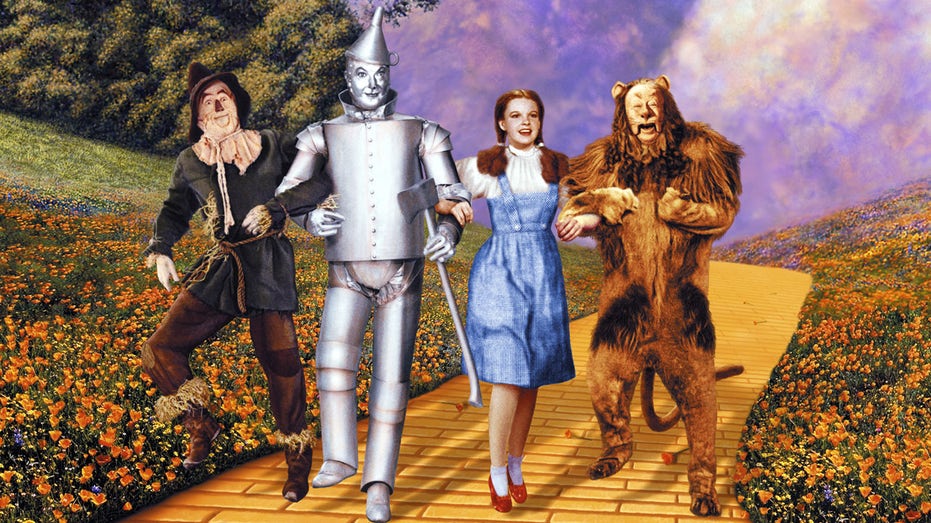 "Important costumes from this iconic movie rarely appear on the auction market and to be able to pinpoint the scene in which this was worn by Judy Garland is thrilling," Helen Hall, Bonhams’ director of Popular Culture in Los Angeles, said in a statement.

The other dress with the original white blouse was sold by Bonhams in 2015 for more than $1.5 million, the news release said.

"Discovering this historic dress was a memorable moment for The Catholic University of America and we are proud to present it for auction, so that the next collector can own a piece of history," Jacqueline J. Leary-Warsaw, dean of the Rome School, said in a statement. 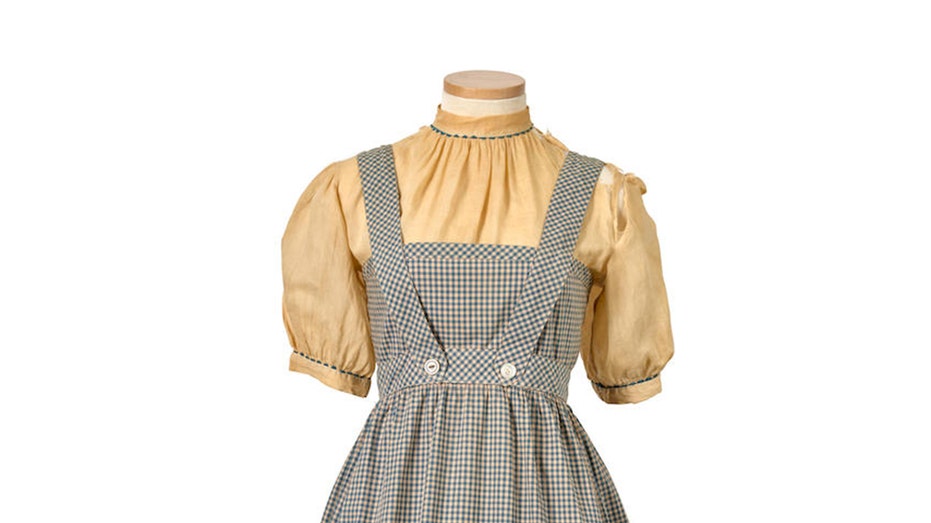 The iconic blue and white checkered gingham dress with white collared top had been missing for decades but was found in July 2021 at the Catholic University of America (CUA) in Washington, D.C., Fox News Digital previously reported. (Bonham)

"While parting with this dress is bittersweet, the proceeds are going to help support future generations training for professional careers in theater," Leary-Warsaw added. "It might just be that the funding helps to prepare the next Mercedes McCambridge or Judy Garland."

Oscar-winning Hollywood actress Mercedes McCambridge donated Garland’s dress to the university’s drama department director Father Gilbert Hartke in 1973, when McCambridge was an artist-in-residence, according to the news release.

However, the dress went missing in the late 1980s and wasn’t found until last July when the staff of the university was preparing for the renovation of the Hartke Theatre.

Fox News Digital reported in July that the dress that was found by CUA even has a handwritten nametag with Garland’s first and last name.