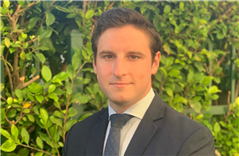 EXCLUSIVE: Talent agent Jimmy Martin has left ICM Partners to become a manager at Luber Roklin Entertainment. Martin, the latest ICM agent to depart ahead of the company’s pending acquisition by CAA, joined the agency in 2015. After stints as an assistant and coordinator, he was promoted to talent agent in January 2021.

“We are thrilled to bring Jimmy into the Luber Roklin fold,” Luber Roklin principals Matt Luber and Lena Roklin said. “He has great taste and relationships and is an extremely hard worker. His entrepreneurial spirit will fit in well our already thriving team.”

Martin is the latest Luber Ronlin addition as the management company has been expanding its ranks during the pandemic. Recent hires include Nate Bryson, who came from Paradigm; Brendan Thomas from Authentic Entertainment; Daisy Burnham from Management 360; and Jovan Meredith who was an agent at Paradigm.