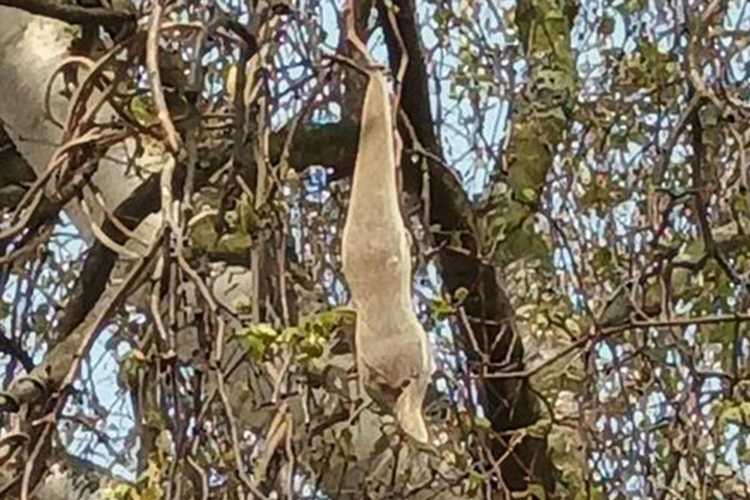 WALKERS have been urged to "be safe" after a "horrifying" mystery object was found hanging froma tree.

Spooked locals in Stourbridge in the West Midlands fear the 10inch grey object is a giant BAT or a nest hanging from a branch. 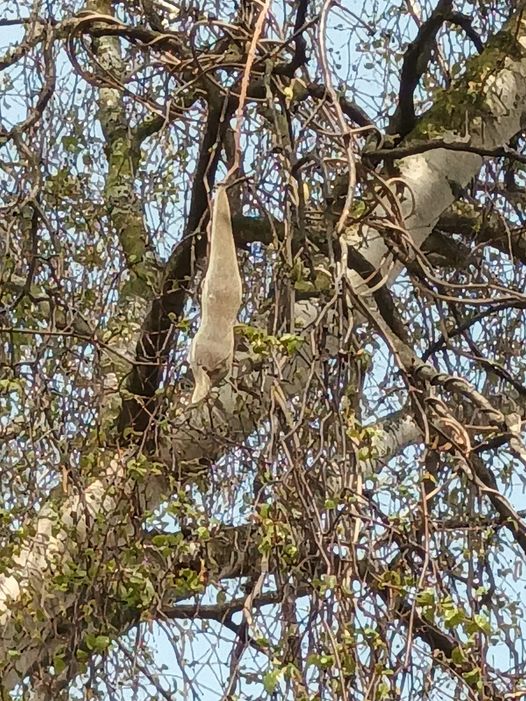 But other eagle-eyed viewers have claimed it's a Chinese honeylocust fruit pod – a plant which is not native to the UK.

Worried locals have even claimed it's a cat trapped in a sack.

Resident Emily JC spotted the object on a tree in her back garden and took to Facebook to share her confusion.

She wrote: "Any idea what this is, Stourbridgians? Hanging from tree in the garden."

Anne Steele commented on the Facebook group post, writing: "We think it's a cat in a bag, you can see it's face half way up inside the bag it's back legs are pushing down in the bag."

The Sun has contacted the RSPCA.

'No one is taking my seat!'

'WORST SOUND IN THE WORLD'

ITV viewers fuming as Chelsea vs Palace ruined by 'hissing'

Less sinister suggestions included a bat, a squirrel and even a pair of tights.

Emily later added: "It's not a bat guys. It's some sort of nest."

John Cahill suggested the sack is the pod of a Chinese honeylocust fruit.

The fruit is produced in northeastern, midwestern, and mideastern China.