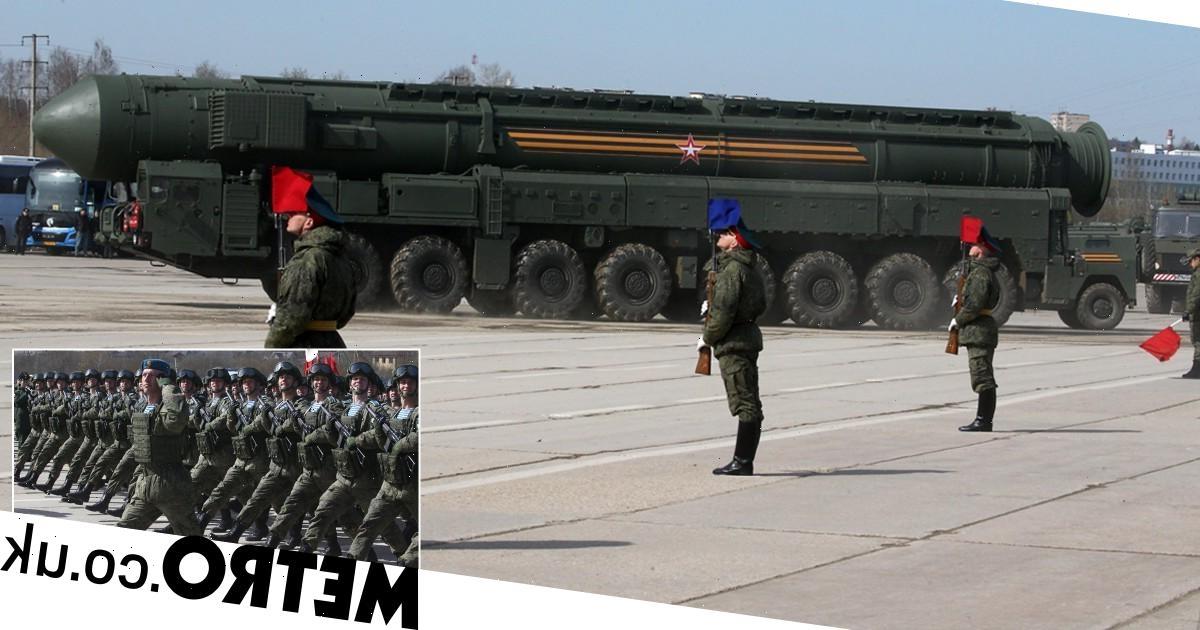 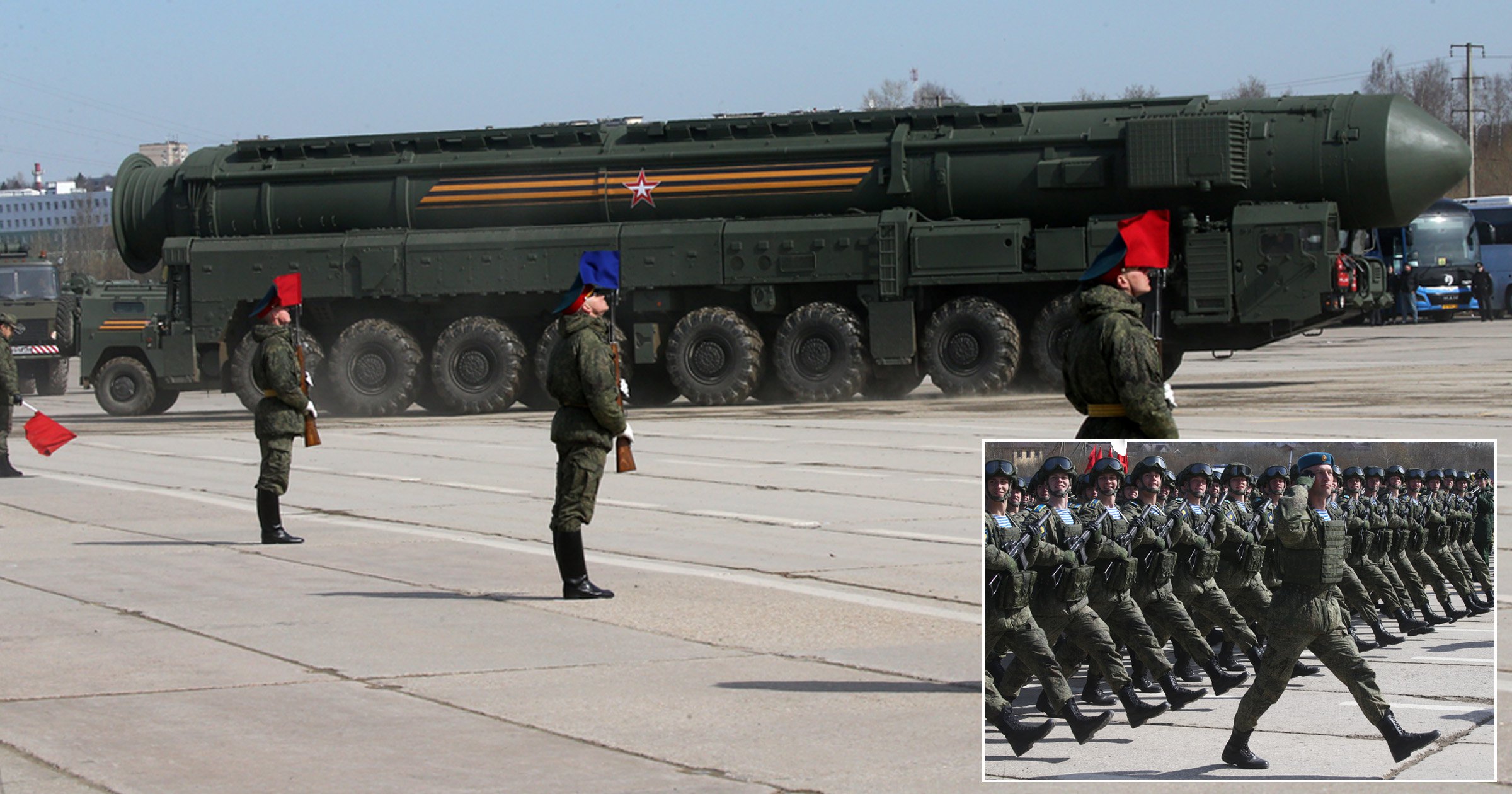 Thousands of soldiers took part in rehearsals for the Victory Day ceremony scheduled for May 9, the day Vladimir Putin has reportedly demanded progress in Ukraine.

Tanks flying red flags were also involved in the dry run at the Alabino training base outside Moscow.

But it is the RS-24 vehicle-mounted missile launcher capable of sending a nuke around the world that will turn heads.

Capable of striking anywhere in Europe or the US, the fearsome weapon can carry nuclear warheads and is capable of launching as many as 10 payloads at different targets simultaneously.

Troops mark the anniversary of Germany’s surrender and the end of the Second World War on the same date every year but the event will have an extra dimension this time around.

Russia’s president is expected to attend but it remains to be seen whether he will have any concrete achievements to celebrate with his ruinous war in Ukraine hanging in the balance.

The Kremlin has seemingly abandoned efforts to conquer Ukraine in its entirety but is pushing to annex the east of the country.

Air strikes have been ramped up since the Moskva warship sank off Ukraine’s south coast.

The exact circumstances about how the Black Sea flagship went down are not fully verified but Kyiv says it was hit by two missiles fired from land.

At least seven people were killed in one of the blasts near the Western city of Lviv, an area which has been spared the most of the fighting and houses refugees from elsewhere in the country.

Maksym Kozytskyy, the city’s governor, said preliminary reports suggested there were four strikes, three on warehouses that were not in use by the military and another on a car service station.

He said: ‘It was a barbaric strike at a service station, it’s a completely civilian facility.’

A Ukrainian official said today he believes the beginning of the expected push to take the east of the country is under way.

The Kremlin declared the ‘liberation’ of the Donbas – the region bordering Russia which has been partly controlled by pro-Moscow forces since 2014 – the main goal of its invasion after failing to break through into the capital.

Security Council secretary Oleksiy Danilov said in televised comments: ‘This morning, along almost the entire front line of Donetsk, Luhansk and Kharkiv regions, the occupiers attempted to break through our defences.

‘They began their attempt to start the active phase this morning.’

After weeks of brutal shelling and thousands of civilian deaths, Russian forces appear to be nearing the total capture of Mariupol.

Defeating the southern port city will allow Russian forces in the east to link up with reinforcements coming from the annexed Crimean peninsula.

Russia has carried out aerial bombardments on the Azovstal steel plant where the last remaining Ukrainian fighters are holding out along with at least 1,000 civilians, according to city officials.

Russia-Ukraine war: Everything you need to know

Since Russia’s invasion of Ukraine began on February 24, the country has suffered widespread damages and loss of life amid a major bombing campaign.

Millions of people have fled the country, with thousands of British people opening up their homes to Ukrainian refugees.

During the course of the war, Ukraine’s President Volodymyr Zelensky has remained in Kyiv, despite the Ukrainian capital being subjected to a barrage of bombing.

Zelensky has continuously pushed for aid and support from world leaders, as well as pressing for fast-tracked NATO membership.

Meanwhile, Russia’s President Vladimir Putin has been widely condemned for his attack on Ukraine.

His actions have been met by harsh economic sanctions, bans from competing in major sporting events, and countries moving away from using Russian oil.