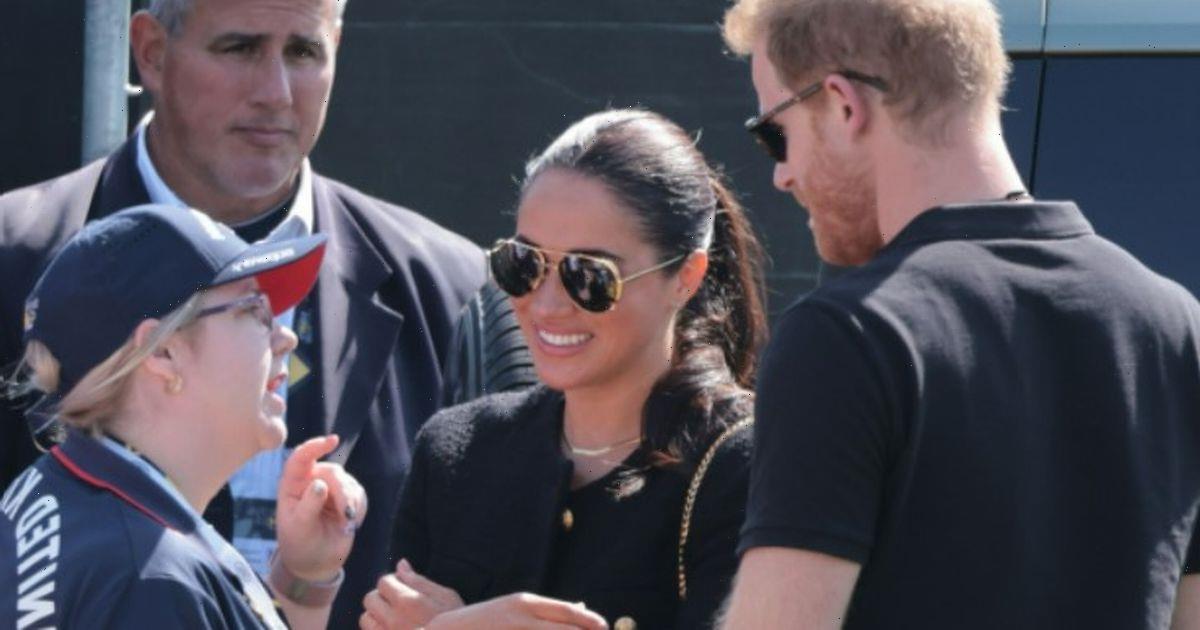 After a brief visit to the UK, the Duke and Duchess of Sussex have been enjoying their first public appearance in Europe for the Invictus Games in the Netherlands.

This comes amid Harry's legal case with the British Government after his taxpayer-funded Metropolitan Police armed guards were removed when he quit royal duties and moved to the US.

Harry has brought a legal challenge against the government with High Court papers revealing that he "does not feel safe" in Britain without armed security.

He has called the decision to remove armed security "unlawful" and "unfair".

If the case progresses, it will lead to a high court battle between ministers and Harry in what is thought to be the first time a royal family member has brought a case against the government.

In the meantime, Harry and Meghan looked happy and relaxed in the protection of Christopher.

Christopher was first spotted keeping a watchful eye over the couple as they participated in the Land Rover Challenge at the event in The Hague, Holland, on Saturday.

He also protected Meghan as she was driven around the Invictus Games site on a golf buggy and guarded the British Embassy tent where the mum-of-two took part in a reading class with children.

Christopher, who has spent 21 years in national security, is the director of Professional Protection & Investigations in Texas.

Saying its insurance is "above industry standards", the company reveals its expertise are in "hostage negotiations, criminal and forensic investigations, crisis management, advance threat protection".

A busy man, Christopher is also vice-president of risk management firm Torchstone, which has blended its expertise in ten NFL Super Bowls and the last four Presidential elections.

Christopher's services mean that Harry and Meghan have been able to fully relax and take on their commitments at the Invictus Games without a hitch.

Harry launched the event in 2014, which sees injured or sick serving and veteran army personnel from around the world compete in sporting events.

And during the event, Harry spoke of his drive to make the world a "better, safer" place for his children Archie and Lilibet to grow up in.