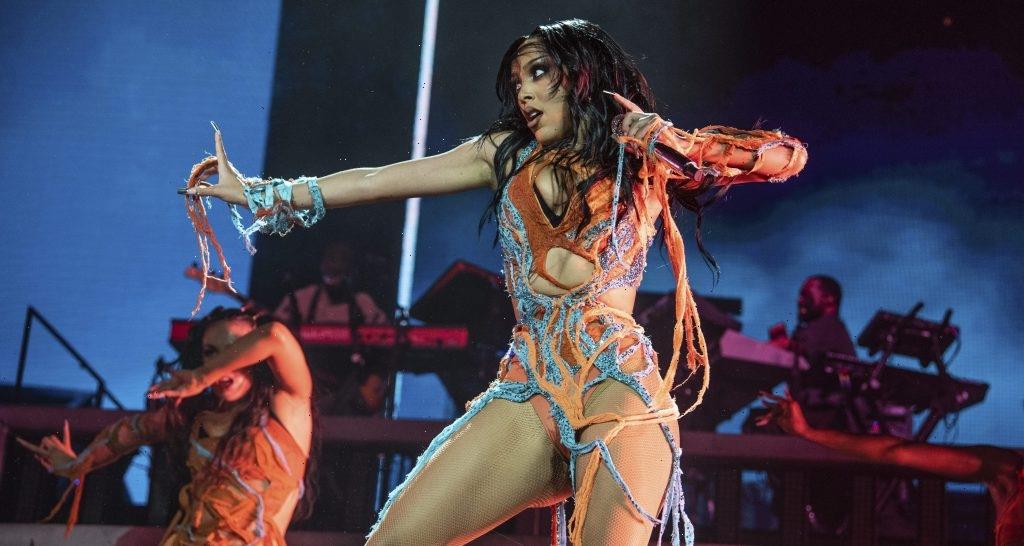 With literally more than a hundred acts on the Coachella bill, it’s hard to make an impact, but every year some artists break through in a big way. Here are the five best things we saw at the first weekend of Coachella 2022.

Lawrence: This brother-sister duo and their band delivered a jolt of high-energy, high-musicianship blue-eyed soul and funk on Friday, with jam band-level instrumentalism, a single that just hit the Billboard top 40 chart (“Don’t Lose Sight”), and horn-driven punctuation that feels ready for any kind of party. That level of joy, especially these days, is infectious: their small-stage tent revival is ready for a mid-day mainstage blowout already.

L’imperatice: Every Coachella has that moment: a moderately unknown band starts their set on the small Gobi tent when it’s half-full in the middle of the afternoon, only to inspire a dance party that overflows with revelers by the end. This year’s breakout belonged to France’s L’imperatice, whose precipice-of-the-’80s-influenced, earnest Eurodisco led to an enormous crush of people trying to get a dance in while getting a glance of their absurdly cute bright-red, heart pumping jumpsuits.

Danny Elfman: The erstwhile Oingo Boingo frontman and Oscar-nominated composer reached deep, deep into his career catalog for a powerful set that included Boingo classics like “Dead Man’s Party,” newness like the harder-rocking “Love in the Time Of COVID” and, of course, a singalong to “This is Halloween” from “A Nightmare Before Christmas,” all played with a massive 50-piece-plus band and orchestra that included Josh Freese and Limp Bizkit’s Wes Borland.

Doja Cat: When Ye dropped out of the schedule for Coachella, among the names rumored to replace him was Doja Cat, who would have just needed to scootch up the bill one line. It seems she took the rumors that she could be a headliner to heart, prepping a stadium-ready show complete with pyro, ultra-complicated dancing, and a three-story tall staircase/robot that looked like something out of Fritz Lang’s “Metropolis.” Unlike her contemporary Megan Thee Stallion, whose fine-but-not-more-than-that set felt perfunctory, Doja’s was totally ready for prime time, with guests Tyga and Rico Nasty less the highlights and more paying respect to their new queen.

Stromae: Belgian’s Stromae is a hard-to-pin-down performer whose jaw-dropping, part-concert-part-perfomance-art-set included both a line-dance lesson (taken to heart by Arcade Fire’s Win Butler and Regine Chassagne, who could be seen paying strict attention to the dance steps in the guest viewing area) and a note-perfect barbershop quintet. His first appearance at Coachella in 2015 felt like the unveiling of a future superstar; by the end of his second, he seemed more like the best secret you’ve ever been able to keep.