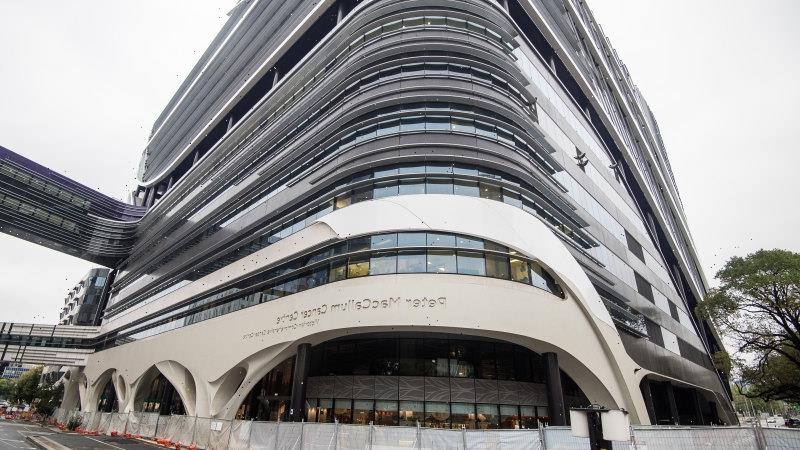 Cancer surgery is being delayed almost daily at Victoria’s leading specialist hospital for the disease, in a scenario surgeons warn is happening at every hospital across the state amid ongoing severe staffing and bed shortages.

Despite pandemic restrictions on elective surgery being lifted earlier this year, The Age has been told potentially life-saving procedures at the Peter MacCallum Cancer Centre in Melbourne, including surgery for skin, bowel, head and neck cancer, are repeatedly being postponed and rescheduled. 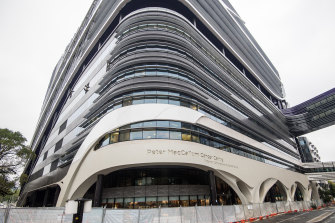 Serious doubts are also being cast on the ability of the state government’s $1.5 billion attempt to clear a massive backlog of more than 80,000 people awaiting elective surgery at Victorian hospitals.

In a significant pre-election health pitch, the state government promised on April 3 that elective surgery would be cranked up to 125 per cent of pre-pandemic levels, with an extra 40,000 operations in 2023, building up to 240,000 every year from 2024.

However, while surgeon and Australian Medical Association Victoria vice president Jill Tomlinson welcomed the funding boost, she questioned how the plan would work in practice.

She said surgeons across Victoria remained increasingly concerned their patients would “continue to suffer for many more years” as they waited for surgery.

“This is going to take years to get control over. It is one of the reasons why we were so concerned when there was 150 consecutive days of restrictions for elective surgery in Victoria.”

The state government has maintained that the most urgent surgery, including category 1 and emergency procedures, continue to be performed despite the growing workforce crisis.

But Tomlinson said cancellations of elective surgery due to staffing shortages remained a problem in both public and private hospitals, with rising numbers of staff infected with COVID-19 or caring for loved ones or children who had been infected.

Others were falling unwell to a spate of other viruses which were now circulating or had taken time off due to burnout after working on the pandemic frontline.

“It is always the case that doctors will aim to prioritise the most urgent surgeries and critical surgeries,” she said.

A Peter MacCallum Cancer Centre surgeon, who could not be identified as they were not authorised to speak, said a rising number of patients who had delayed their medical check-ups were presenting with more advanced cancer.

“On top of all this, they are having their procedures postponed,” the surgeon said. “The problem is a staffing shortage. My understanding is Peter Mac is not full, but we don’t have enough nurses to staff the beds to look after patients and there is a shortage of nurses and theatre technicians.”

The surgeon said in more rare cases, patients who had cancer surgery at Peter MacCallum were being sent home to recover – when it was safe to do so – instead of being admitted to beds at the hospital because there were not enough nurses.

The source said management at the hospital was doing its best to share the burden to ensure that the same patients were not continually delayed and each decision was being made based on clinical need. However, on some occasions, surgeons had their entire daily surgical lists postponed.

“There is a committee each morning that looks and sees how many cases are booked in and how many staffed beds are available.”

About 2000 hospitals workers continue to be furloughed on any given day in Victoria, while demand in emergency departments soars. Elective surgery waiting lists have blown out at hospitals around Melbourne, forcing thousands of people to wait beyond clinically recommended times for all but the most urgent surgery.

At the end of the December quarter, 80,000 people in Victoria were waiting for surgery, but there are fears this number has swelled even higher in recent months.

The Peter MacCallum surgeon accused the state government of making “impossible promises” with its $1.5 billion elective surgery plan, noting that even before COVID, consecutive governments had never been able to get a handle on waiting lists.

“This is beyond any state, federal government or opposition’s control, but it makes a joke of any of them saying they can shorten waiting lists so quickly,” he said.

“Everything has been made worse from COVID. Without importing staff from overseas, which has always been done, training more staff here and paying people more, there will continue to be a shortage of nurses in the operating theatres, ICU and the wards.”

The Age revealed last month a Victorian government plan to hire up to 1000 overseas health workers to tackle severe staff shortages in hospitals had so far attracted only about 100 people, heightening concerns the state could soon lack enough qualified people in essential services.

Meanwhile, Australian Private Hospitals Association chief executive Michael Roff said the extent of the healthcare worker shortage was huge, with an estimated shortfall of 5500 nurses in the private sector.