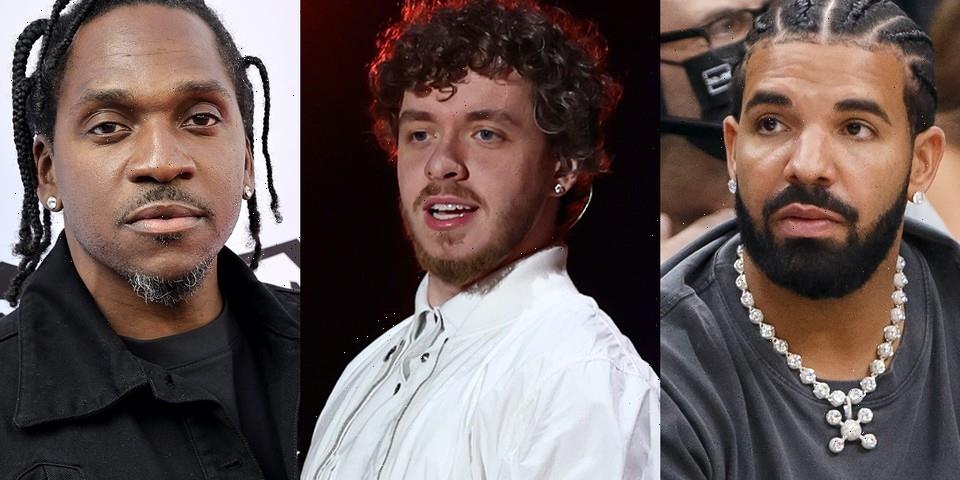 It appears that a collaborative track might have been in the works while Drake and Jack Harlow took a trip to Turks and Caicos earlier this year. Recently, a snippet of the leaked song surfaced online and fans were quick to notice that The Boy might have dissed Pusha T.

The song, which was leaked earlier this week, had a tentative title “Have a Turn.” Drizzy can be heard rapping over the tune, taking shots at King Push, who had famously outed the Canadian rapper for hiding his newborn son in his 2018 diss track, “The Story of Adidon.” Drake’s lyrics takes jabs at Push, “My urges for revenge are uncontrollable/I know we’re gettin’ older though, yeah/But I gotta get a nigga back for that/It’s non-negotiable, it’s not even debatable.” He continues to deliver some tough lyrics towards Push, “All I hear is plug talk comin’ from middleman/All I hear is tall tales comin’ from little men, he spits/If I see ya’, I spit in ya’ faces, ha-tu/Daytonas with the green faces.”

The song went viral on Twitter with many fans giving their opinions about the track. One user said, “Drake tore Pusha T up on that Jack Harlow leak. How long until Push responds?” Twitter appeared divisive with some eager to see how Push would respond and some thinking that Drake has already lost the battle. Take a look below at some of the fans’ reactions on Twitter. It remains to be seen how the beef between Pusha and Drake will unfold.

In other music news, Lizzo has dropped her new music video for “About Damn Time.”
Source: Read Full Article