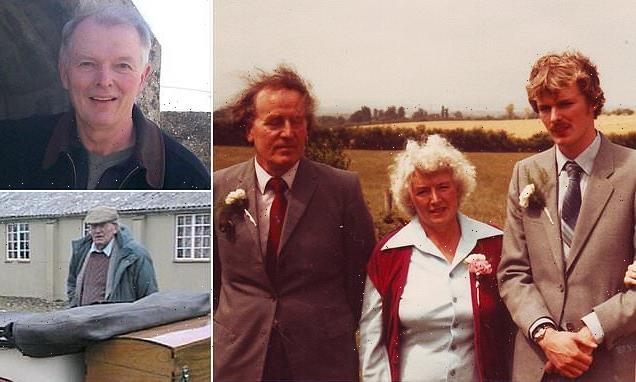 A sister has lost her share of her late father’s £1million estate after a judge ruled she had lied to him about her brother to get him cut from the will.

Sonia Whittle turned her father Gerald Whittle against his son David with a string of false accusations shortly before his death, a court heard.

A judge was told Sonia falsely labelled her brother and his wife as ‘psychopaths’ and ‘criminals’ to their elderly dad in a ‘disgraceful’ attempt to cut them out of the will.

The court also heard she failed to tell David of their father’s death and hid the £1m inheritance of antiques and classic cars from him.

And in a landmark ruling delivered this week, a High Court judge has ruled the will ‘invalid’ on the grounds that it was obtained fraudulently and through undue influence.

Known as ‘fraudulent calumny’, it is only the third court ruling of its kind since 2007.

Delivering the verdict on Tuesday at Bristol High Court, District Judge Tony Woodburn described it as a ‘disgraceful’ and ‘appalling’ attempt to cut rightful beneficiary out of will.

The court heard father-of-two Gerald died aged 92 in December 2016, just three weeks after executing his will and appointing daughter Sonia and her partner, Ray Spicer, as executors. 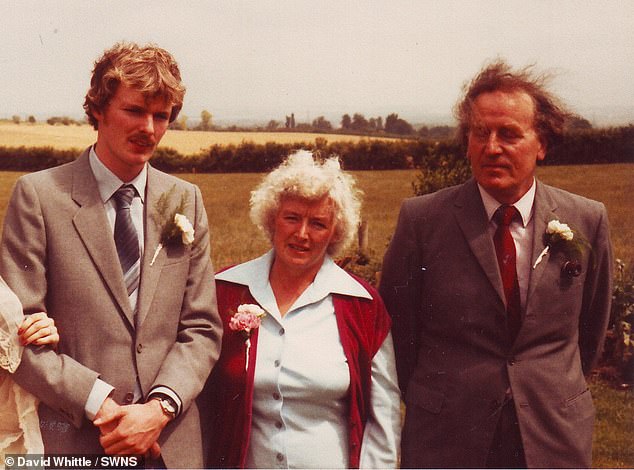 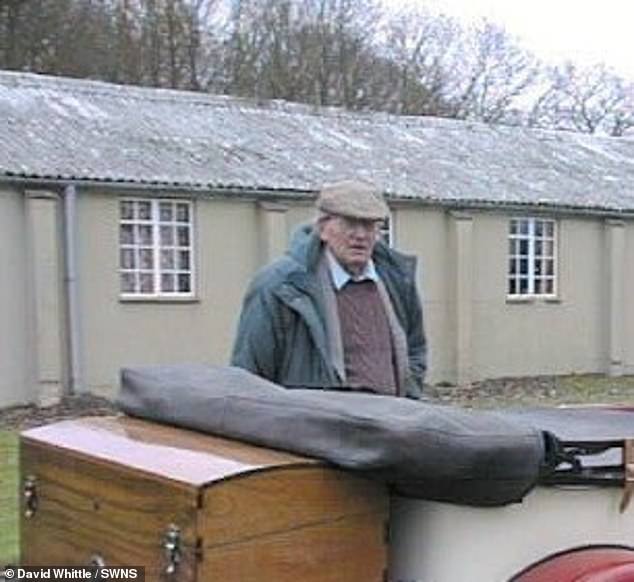 Apart from a bequest to David of Gerald’s old cars, the entire estate, valued at approximately £1m was left to Sonia and Ray.

The court heard to take instructions for the will, Gerald’s solicitors sent a trainee legal executive to his house.

During the meeting, Sonia told the legal executive that David and his wife Julie were ‘psychopaths and criminals’ who had stolen large sums of money from Julie`s mother.

The judge said: ‘It is clear Sonia immediately launched into an assassination of the characters of both the claimant and of his wife.

‘Having rubbished her brother’s character, Sonia then left to take Gerald’s dog for a walk. It was against this immediate background that Gerald apparently proceeded to give instructions to Ms Spanner for his will.’

Sonia also made claims that David had been looking for Gerald’s bank details whilst he had been in hospital, that he had stolen his antiques and classic cars.

Delivering his verdict, District Judge Woodburn said none of the claims were true and described the behaviour of Sonia as ‘disgraceful’ and ‘appalling’.

She also wrongly told them the couple had forced their way into Gerald’s house and that police had issued a harassment order against them. 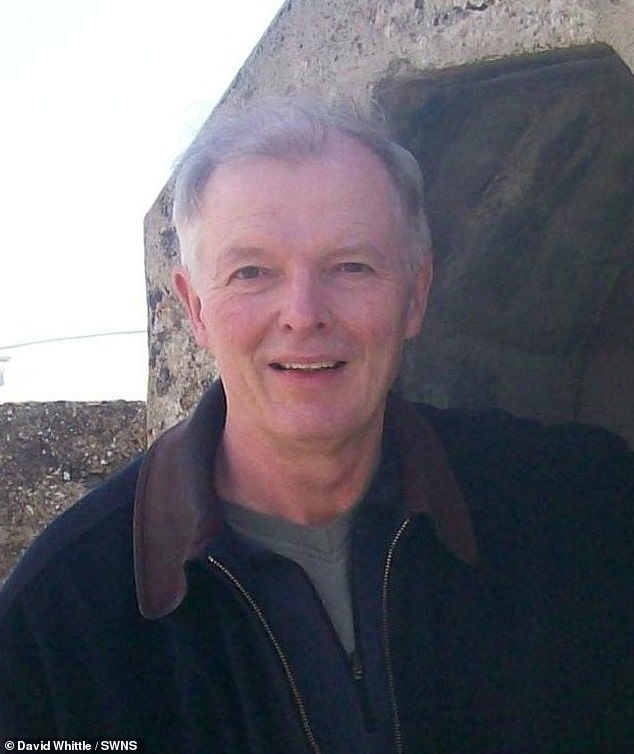 Fraudulent calumny: the rare offence unique to only wills

Fraudulent calumny is a form of fraud whereby a false representation about the character of someone is made to get them excluded from a will.

The  case of Re Edwards [2007] states: ‘The basic idea is that if A poisons the testator’s mind against B, who would otherwise be a natural beneficiary of the testator’s bounty, by casting dishonest aspersions on his character, then the will is liable to be set aside.’

The difference between undue influence and fraudulent calumny is subtle.

Undue Influence is where the testator is unduly pressured or coerced into making his or her will in a particular way whereas Fraudulent Calumny is where false perceptions are made about an individual which encourages the testator to exclude that individual from their will.

The case referred to above also stipulates the criteria required to prove fraudulent calumny.

The defendants denied fraudulent calumny. Sonia admitted to making ‘negative comments’ about David on 11 November 2016, but claimed ‘truthfulness in (and a genuine belief in the truthfulness of) the comments made’ according to the verdict.

Neither defendant’s attended the hearing.

But David told the court he had ‘a good relationship with his father’; and argued that he visited his father regularly and since the death of his mother in 2005, visited him ‘at least weekly’.

He also claimed he and his wife provided support for Gerald since the death of his wife in 2005.

The judge added: ‘I have noted David’s evidence of his telephone call with (Sonia) on 14 October 2016. Within this call he is accused of being a ‘thieving little b******’, of being a ‘pimp, living off immoral earnings of a prostitute’.

‘He visited his father at The Close, the following day on 15 October 2016, but prior to entering his father’s room overheard a conversation between (his sister and his father) telling him her brother had stolen money from his mother-in-law and that he was ‘a violent man who assaulted women’.

The ruling stated David described his father as appearing upset by the claims that were being made.

Gerald remained at The Close Care Home until 10 November 2016 when he was discharged back to his home.

The following day, the trainee legal advisor attended at Gerald’s home to take his instructions for the preparation of a will.

His daughter then took it on herself to remain with the advisor and Gerald in order to ‘explain the background’ to making a will.

In giving his verdict, Judge Woodburn added: ‘On all of the evidence presented to me, it is abundantly clear that the aspersions cast on the characters of both David and his wife, are not merely unproven by (Sonia), but, I find, are completely false.

‘The issue then arises as to whether Sonia’s falsehoods so tainted Gerald’s mind and thoughts that he was compelled to exclude David from a more substantial share in Gerald’s estate? Was Gerald so pressured by the weight of (Sonia’s) allegations as to be persuaded to marginalise David in the way described in the will?’

‘From August to early November 2016, Gerald moved from 91 to 92 years of age, he was attempting to live with the debilitating diagnosis and condition caused by leukaemia; his health was deteriorating; he was prone to confusion and was physically frail.’

The judge ruled Sonia ‘attempted and succeeded in falsely and unduly influencing’ Gerald to marginalise or exclude David from a substantial share in the estate.

‘The claimant has clearly succeeded in proving fraud and undue influence,’ he added.

‘We found evidence the antiques she alleged had been stolen by David, in fact had been sold by local auctioneers at Sonia`s instruction.

‘David had worked, until retirement, in a highly vetted position and Disclosure and Barring Service certificates proved that neither he nor his wife had ever been involved in any illegality.

‘This has been a terrible ordeal for David and Julie, who have endured intense emotional trauma on every level.

‘They were very close to Gerald, saw him very regularly and were central to his care in his later years. Sonia sought to poison her brother’s relationship with their father and, furthermore, to cut contact between Gerald and David right at the very end, when Gerald was most vulnerable and most in need of his son’s love and care.

‘She even refused to allow the medical authorities and social services to let David know when their father had died. It was not until two months after Gerald`s death that David eventually found out – after much increasingly frantic searching and investigation.’