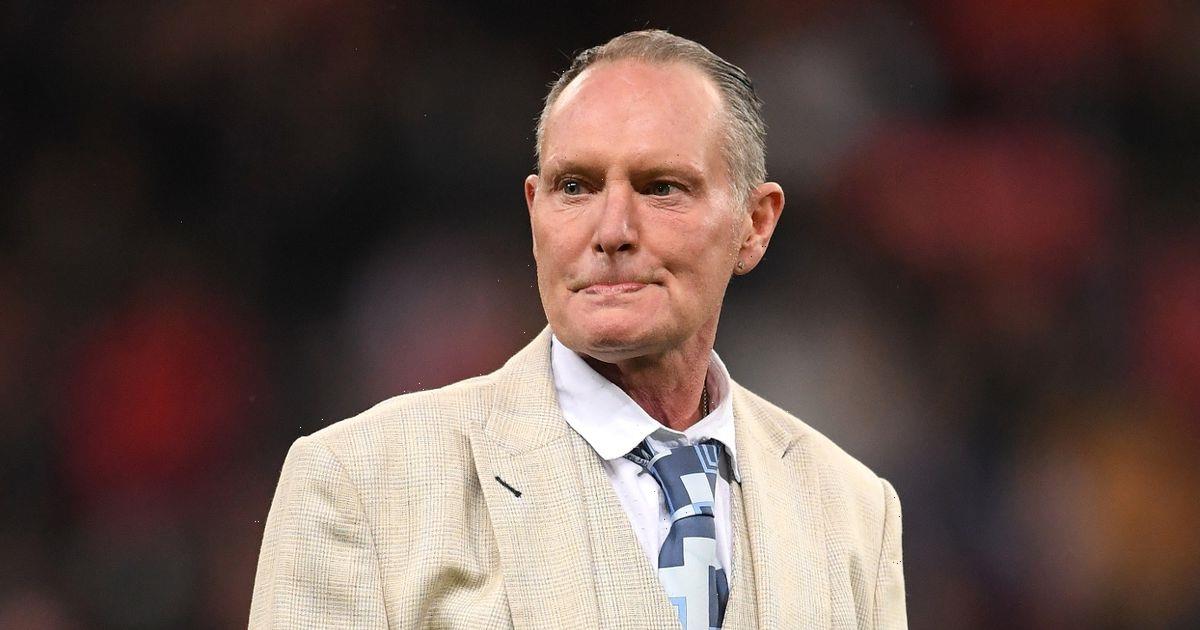 The BBC documentary, part one of which will air on BBC Two on Wednesday, April 13 at 9pm, will focus on the life of Gazza.

Though known for his talent on the pitch, the Three Lions man had a tough time off it and has also been the source of some real controversy in his time.

As well as his footballing talents, the documentary looks at the Geordie's mental health struggles while he was playing for the likes of Rangers, Newcastle, England and Spurs – and how he began to deteriorate off the pitch.

Instances of alcohol, assault and abuse are all occasions Gazza said he regrets.

He said: "There are definitely lots of things I look back on with sadness – things I've done that I wish I'd done better or not done."

So what are Gazza's best and worst moments?

What are Paul Gascoigne's best moments?

With talent, an eye for goal and the ability to go on mazy runs through helpless defences, Gazza's best moments inevitably came mostly on the football pitch.

Arguably Gazza's most iconic moment came in the group stages of Euro 96 when he produced a stunning volley against Scotland.

It is a goal that has gone down in history and is frequently regarded as one of the best ever goals by a man in an England shirt. It was followed by the 'dentist's chair celebration', a reference to a boozy night out the England team had before the tournament which made front-page news.

His iconic England moments don't just include his high points, but many England fans fondly remember him bursting into tears when Gazza was booked in the semi-final of the 1990 World Cup against Germany.

The booking meant he would miss the final if England got through, though the Three Lions went on to lose devastatingly on penalties.

Part of Gazza's appeal was his humour during his career and the then cheeky 20-year-old was the victim of an unconventional piece of defending by Wimbledon hard man Vinnie Jones.

Not everyone always saw the funny side of Gazza's antics. During his playing days at Rangers, Gascoigne found a yellow card dropped by the referee and handed it back to him, while jokingly booking him.

Gascoigne was also known for his dressing room pranks and played a trick on Rangers striker Gordon Durie.

The story was told on Sky Sports by former teammate Ally McCoist, who recalled: "One morning, Gascoigne comes in with this pair of waders on, with a collar and tie underneath it, holding up two of the biggest trout you’ve ever seen."

They then hid the trout in Durie's car – one in the spare tyre and the other in a hidden compartment in the car.

McCoist said Gazza told him: "'When he finds the first fish, he’ll just think that’s it.' It was a sensational criminal mind…

"For the next three or four days, Durie was saying, "'smell in my car, I can’t get rid of it – I’m stopping at traffic lights and people are walking by and sniffing.' He found the first fish, but said, 'For the life of me, I can’t get rid of the smell.' You know those Christmas tree air fresheners? It looked like Sherwood Forest in his car!"

What are Paul Gascoigne's worst moments?

Sadly, Paul Gascoigne has struggled with mental health issues off the pitch, as well as alcoholism.

He was previously convicted of racially aggravated abuse over comments he made about a black security guard, while his former wife Sheryl accused him of beating her on several occasions.

In 2016, Gascoigne was found guilty of "threatening or abusive words or behaviour" towards a black security guard, Errol Rowe in Wolverhampton.

He pleaded guilty to the charge which occurred during the An Evening With Gazza event, and the judge ordered him to pay £1,000.

The incident saw Gascoigne ask Rowe: "Can you smile please, because I can't see you?"

In court, the judge told him: "You sought to get a laugh from an audience of over 1,000 people because of the colour of Mr Rowe's skin.

"Mr Rowe was clearly humiliated on stage, as part of an act."

The BBC reports that Gascoigne has admitted to domestically abusing Sheryl.

In 1999, Sheryl said: "There's a conspiracy of silence that surrounds domestic violence and that's what makes it so hard to get a grip on reality when it's happening to you.

"I honestly thought I was the only woman going through it. And I also felt I was somehow to blame for Paul's behaviour."

The subject comes up in the new documentary and featuring in it is Gascoigne's former Tottenham teammate Paul Stewart.

He revealed an incident in which he and his wife were on holiday with Paul and Sheryl.

He said: "Sheryl came down with dark sunglasses on and told my wife he'd hit her that night. Paul and I didn't speak for seven, eight months."

In response to the film and his life Gascoigne said: "There's a lot that wasn't good or perfect, but when it comes to the past, you can't change it and have to take the bad with the good things that you've done, and the good things I would repeat in a heartbeat."

Struggles with alcoholism and mental health have affected the former England man for much of his life.

When the Geordie was just 10, one of his friends, Steven Spraggon, died in his arms after being knocked down by an ice cream van.

Paul's sister Anna said of the incident, from which he developed a stammer: "Paul blamed himself. He'd wake up screaming in the night."

In the film, he is reported to have had an eating disorder and made himself sick, while also developing obsessive habits.