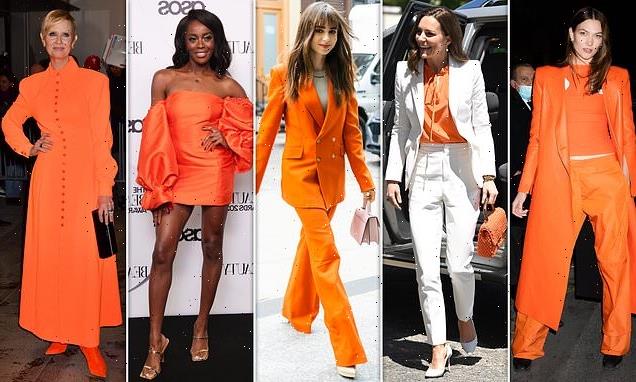 Why orange really is the new black… and every other colour too! Right now, outfits in the eye-catching hue are not so much a style option as a necessity, writes LINDA KELSEY

Orange is the new black. Orange is also the new beige and the new grey. In other words, orange is the antidote to every fashion choice that is safe, predictable or downright gloomy.

Right now, orange feels not so much a style option as a necessity.

With the world around us in darkness — from the abominable war being raged against Ukraine, to doomsday predictions about our planet and almost the whole of the UK currently plagued by Covid — women are enlisting fashion to bring in the light.

From the Duchess of Cambridge in delightful pops of orange during her tour of Jamaica, to the divinely ditsy Emily In Paris, aka Lily Collins, sporting a citrus-sharp double-breasted suit, royalty and celebrities alike are cheering us all up with the jolliest colour of them all.

Pictured: Karlie Kloss and The Duchess of Cambridge in orange outfits

Take Jenna Coleman, resplendent at the Baftas in burnt orange; Juliette Binoche, a tangerine dream at the Berlin Film Festival, or Strictly star AJ Odudu in a marmalade mini-dress at the Beauty Awards last month. One thing is clear — fashion has been Tango-ed. The rallying cry is this: Your Country Needs You. And what it needs you to do is inject us all with some joy.

For a colour, orange has a lot of clout. One recent study found it was associated with feelings of playfulness and vibrancy.

It’s certainly attention-grabbing, and what better way to grab some long-overdue attention after the tiresome business of Covid isolation as we boldly step out once more into the world?

Orange has the ability to improve our mood and, like a 1,000 mg boost of vitamin C, orange can both energise and vitalise us. Too many of us subscribe to the myth that orange is difficult to wear. Not if you’re brunette, it’s not. Or if you have olive skin or are a woman of colour, where rich skin tones are flattered by vibrant shades.

But even the fair-skinned can look lovely in orange. Just think of Lord Leighton’s iconic painting Flaming June, the warmth of colour oozing from the sheer dress that envelops the pale sleeping woman a celebration of heady summer days.

And if all-over orange is a fashion leap too far, you’ll find plenty of orange bags, belts and shoes to zest up your wardrobe.

Kurt Geiger and Russell & Bromley have all styles, from boots to slides, in orange. Every designer from Kate Spade to Michael Kors has a selection of orange bags.

And if trousersuits are all the rage, orange ones are even more so. You’ll find them on the high street from H&M to River Island and Oasis, at prices low enough not to guilt-trip you if they turn out to be a one-season wonder.

The future may not be orange, but the present most certainly is. So join the celebrations for the cheeriest hue of 2022.

Looks that are a bright idea 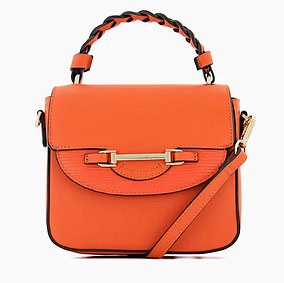 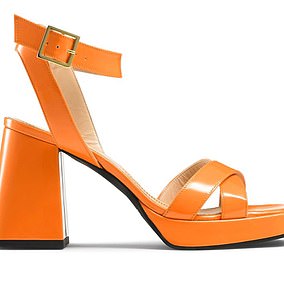 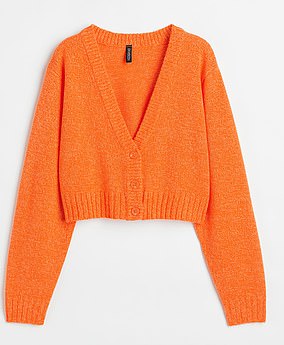 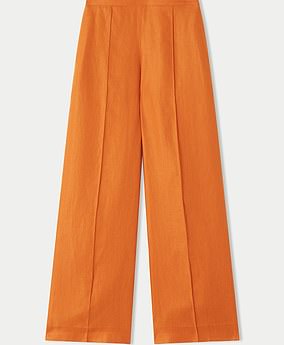 Packing for the future

What would you take if you were emigrating with your family from northern Italy to South London? The kitchen sink, your three-piece suite, a small mountain of warm clothes and the family pet?

Not so the parents of the late Sergio Costa, who has died aged 72. In 1959, they left all that clutter behind in favour of one very big, very old, very heavy coffee bean drum roaster that had been in the family for years.

Madness, you’d think. But a few years later, it was this roaster and little else that young Sergio, barista extraordinaire, used to start Costa Coffee — which is now the world’s second-largest coffee chain with more than 5,400 coffee shops in 31 countries, 18,400 employees and its name on one of Britain’s top literary awards.

The Costa family had coffee coursing through their veins for generations, but that wasn’t true of their new compatriots in London. The brief, louche coffee-drinking craze of the 1950s and 1960s was on the wane and most Britons were reverting to boring old tea.

But Sergio saw a gap in a fading market and, after blind-testing 112 variations of coffee, he and his brother Bruno opened their first Costa Coffee shop in Victoria, London, in 1978 — years before the arrival of Starbucks and Caffé Nero.

It was an instant success. Initially, largely with Italians, who fell with whoops of Latin joy upon the dark wood and brass interior and distinctive Mocha Italia blend — six parts Arabica bean, one part strong Robusta bean, slow roasted for 18 minutes — which Costa still uses today.

Sergio was fanatical about the correct temperature of both the milk and water and so passionate about the taste that, having personally trained Gennaro Pelliccia to become Costa’s chief taster, he had the latter’s tongue insured for £10 million with Lloyd’s of London.

Regrets, he had a few

He bought Bruno out in the mid-1980s, but everyone was rather surprised when, in 1995, and wrongly assuming coffee could never supplant tea as the Brits’ favourite drink, Sergio sold out to Whitbread for a reported £23 million.

There’s no doubt he sold out too soon, and then had to watch from the sidelines while Whitbread expanded the business to more than 1,000 shops and, in 2019, sold the lot to Coca-Cola for a reported £3.9 billion. But Sergio was never bitter — vowing to enjoy all life offered.