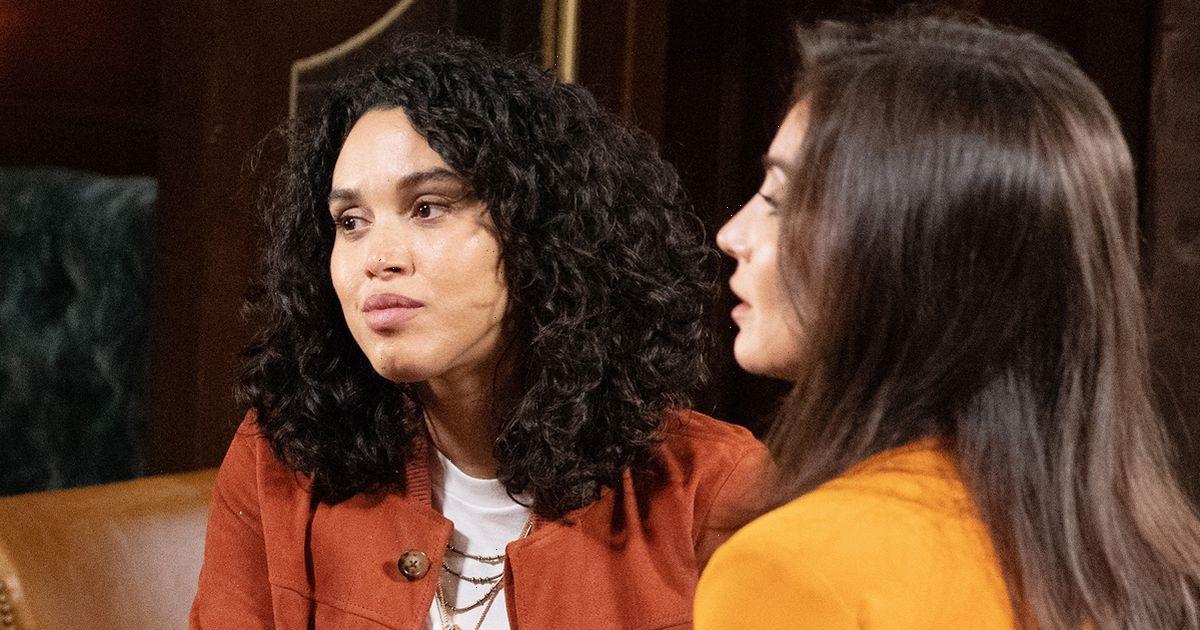 Only recently, Vanessa Woodfield bumped into newcomer Suzy (Martelle Edinborough) and accidentally ruined the cake she was carrying before the duo decided to have dinner together.

It comes as Leyla has been making a series of mysterious phone calls in recent episodes, claiming that they are work related.

In upcoming scenes, Vanessa accidentally spills wine on her phone before a dinner date with Suzy and when her son Jonny gets sick, she has no way of cancelling.

Later in the week, Vanessa decides to make up for their previously failed date as she takes Suzy for wine tasting at David’s Shop and the duo continue the night at The Woolpack.

However, it's not long until Leyla is left rattled to see Suzy and Vanessa together in the pub as the latter asks how they know each other to which Suzy explains it is through work.

What is Leyla hiding from the village and how is Suzy involved?

It comes after Emmerdale fans predicted a new twist on the ITV soap involving Meena Jutla and Leyla.

In the latest instalment, Meena, who has pleaded not guilty for the murders of Ben Tucker, Leanna Cavanagh and Andrea Tate, finally faced trial while her sister Manpreet Sharma is set to testify against her after making a huge U-turn.

In recent scenes, Leyla has been making a series of mysterious phone calls, claiming that they are work related.

On Friday, Leyla attempted to comfort husband Liam Cavanagh, whose daughter Leanna was murdered by Meena last year, where she suddenly received a call on her phone.

During the suspicious conversation, Leyla said: "Hey, I thought I was supposed to be ringing you? No I can't, not right now. Do you know what? I'll meet you later, okay?"

While on Monday's episode, where Liam took to the stand to give evidence against Meena as he sought justice for his child, Leyla continued to get a series of messages on her phone.

Taking to Twitter, soap fans predicted that Leyla could be talking to a mysterious key witness in the murder trial and could be planning to get revenge on Meena.