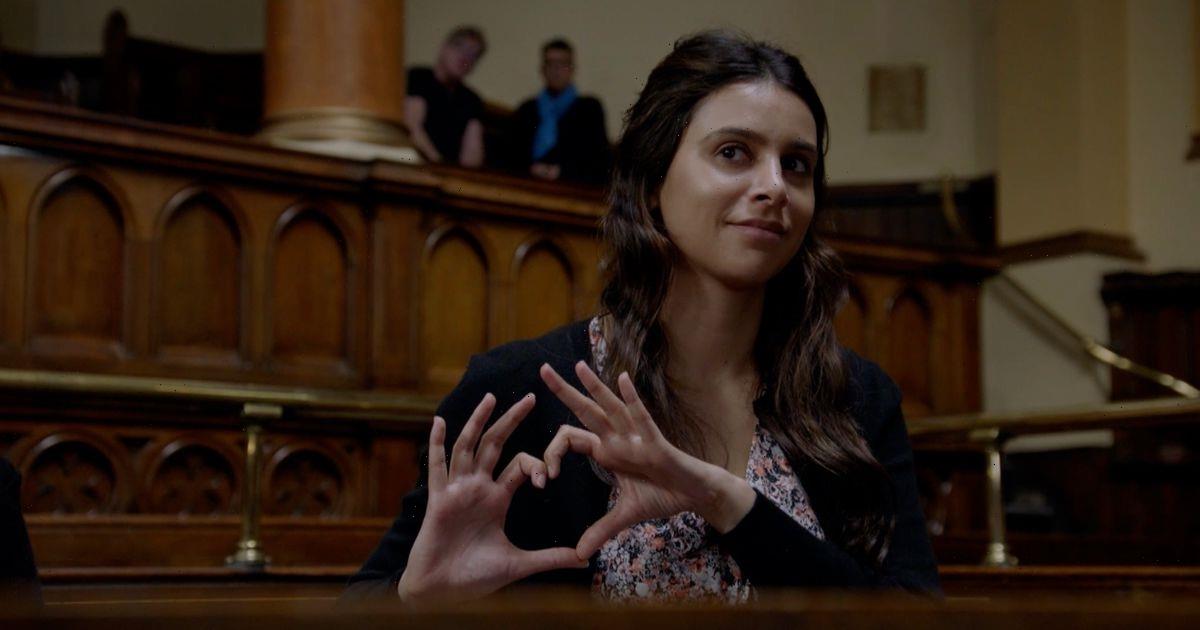 Emmerdale fans were left frustrated over Meena Jutla's blunder on Tuesday's episode as she made a gesture to sister Manpreet Sharma in court.

During the latest episode, Manpreet decided to testify against Meena, who has pleaded not guilty for the murders of Ben Tucker, Leanna Cavanagh and Andrea Tate.

At the tense trial, Manpreet gave evidence against Meena and revealed how her sibling had confessed to all of her murders while she was holding her hostage earlier this year.

However, during the tense court scenes, Meena decided to make a gesture at her sister as she made a heart sign with her hands.

Taking to Twitter, fans were quick to point out Meena's court room blunder as they questioned why the lawyers, judges or jury didn't notice her move.

One person said: "And the jury don’t see Meena doing that?! FFS #emmerdale."

A different account put: "Meena openly mocking the witness right there in court, and NOBODY. Not the judge, the lawyers, or the jury, noticed."

It comes as Emmerdale fans predicted Meena's next victim after her murder trial began on the ITV soap earlier this week.

Only recently, Meena has been flirting with her prison guard Ian and Monday's episode saw her ask the blushing newcomer how she should wear her hair to court.

After revealing she should wear it loose, Meena said: "Oh, you prefer me au naturel, huh? I'll remember that!"

As the duo discussed her Trial, Ian said: "Let's hope it goes your way, hey?" with Meena adding: "We're team Meena, unbeatable. I can't think of anyone I'd rather share my handcuffs with…"

Soap watchers have now predicted that Meena will murder Ian if she doesn't get her way in court, where she has pleaded not guilty for the murders of Ben, Leanna and Andrea.

Taking to social media, one person said: "Who thinks Meena ends up killing the guard she has 'befriended' because things don't go her way?" to which a different account replied: "Possibly!"

Another follower predicted: "Meena knows exactly how to pick her victims, Ian might be quite a tough character, but he’s besotted with Meena & she’s going to use him."

A different soap watcher put: "She’ll use him & then kill him when he’s served his purpose."

While another viewer predicted that Meena could kill the guard and then steal his keys to escape: "Maybe he is her next victim?"