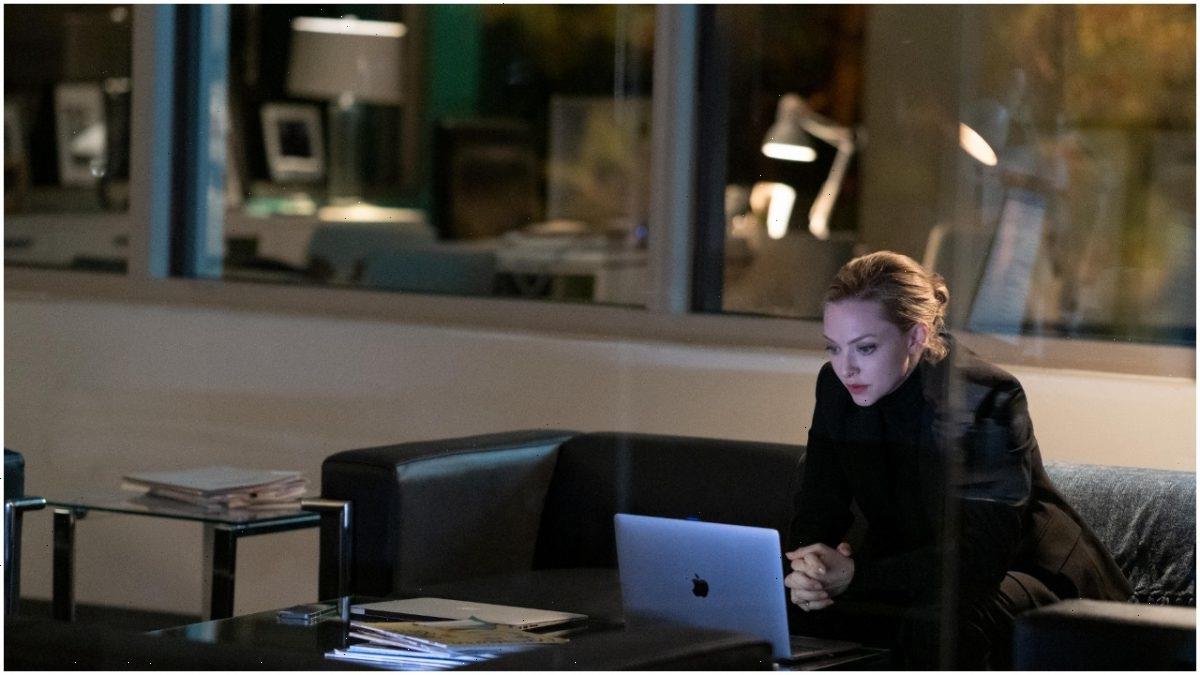 Hulu’s miniseries The Dropout follows the rise and fall of entrepreneur Elizabeth Holmes and her once-successful startup Theranos which raised over $90 million. In addition to her obsession with black turtlenecks, Holmes is recognized for her low-pitched tone voice, which many believe she faked.

Episode 3 of The Dropout, titled “Green Juice,” provided insight into Elizabeth Holmes’s transformation from a doe-eyed newcomer to the baritone-pitched CEO who constantly rocked an Issey Miyake black turtleneck like her idol, Steve Jobs.

Usually donning a wrinkled shirt with a puffer jacket or “frumpy Christmas sweaters,” as described by former Chief Design Architect Ana Arriola, she presumably wanted others to take her seriously.

After getting called out for her poor management and laughed at when someone from her all-male board joked about not hearing her over an operating construction site, Holmes decided to make a change.

Arriola, known for helping design the iPhone, reports that she explained the history behind Job’s signature look to her boss. “I think she went off and tracked down who Issey Miyake was, and the rest is couture history,” she revealed during an interview with ABC’s podcast, The Dropout.

At the end of episode 3, Holmes (Amanda Seyfried), encouraged by Arriola (Nicky Enders) to “dress more like a CEO,” has completed her look and began playing around with a deeper voice while replaying a conversation, attempting to sound more confident.

By episode 4, the tech entrepreneur began using the voice in professional settings. In 2002, Holmes studied chemical engineering at Stanford and worked as a laboratory assistant in the School of Engineering.

However, she dropped out and used her tuition money to launch a healthcare technology company in 2004. She first pitched her idea of obtaining large amounts of data using only a few drops of blood, but Stanford professor Phyllis Gardner and other professionals told her she didn’t think it would work.

Even so, Holmes convinced the School of Engineering Dean, Channing Robertson, and he became the first company board member.

Between 2004 and 2010, Holmes raised over $90 million in venture capital and began creating her respected board. Around this time, it’s believed she adopted her now-signature deeper tone.

In 2014, the media attention surrounding her startup grew, and the entrepreneur nearly became as recognized for her voice as her product. While her family maintains that her pitch is authentic, others, including Gardner, remembered a drastic difference in her tone before founding Theranos.

“When she came to me, she didn’t have a low voice,” Gardner said. “It was just like a typical undergrad student. When I next saw her again, she’s in this low voice, and I’m like, ‘Oh my god.’ It was quite awkward.”

Additionally, former employees, including Arriola, claimed she “fell out of character” during company parties and “exposed that that was not necessarily her true voice.” The Dropout is streaming on Hulu.