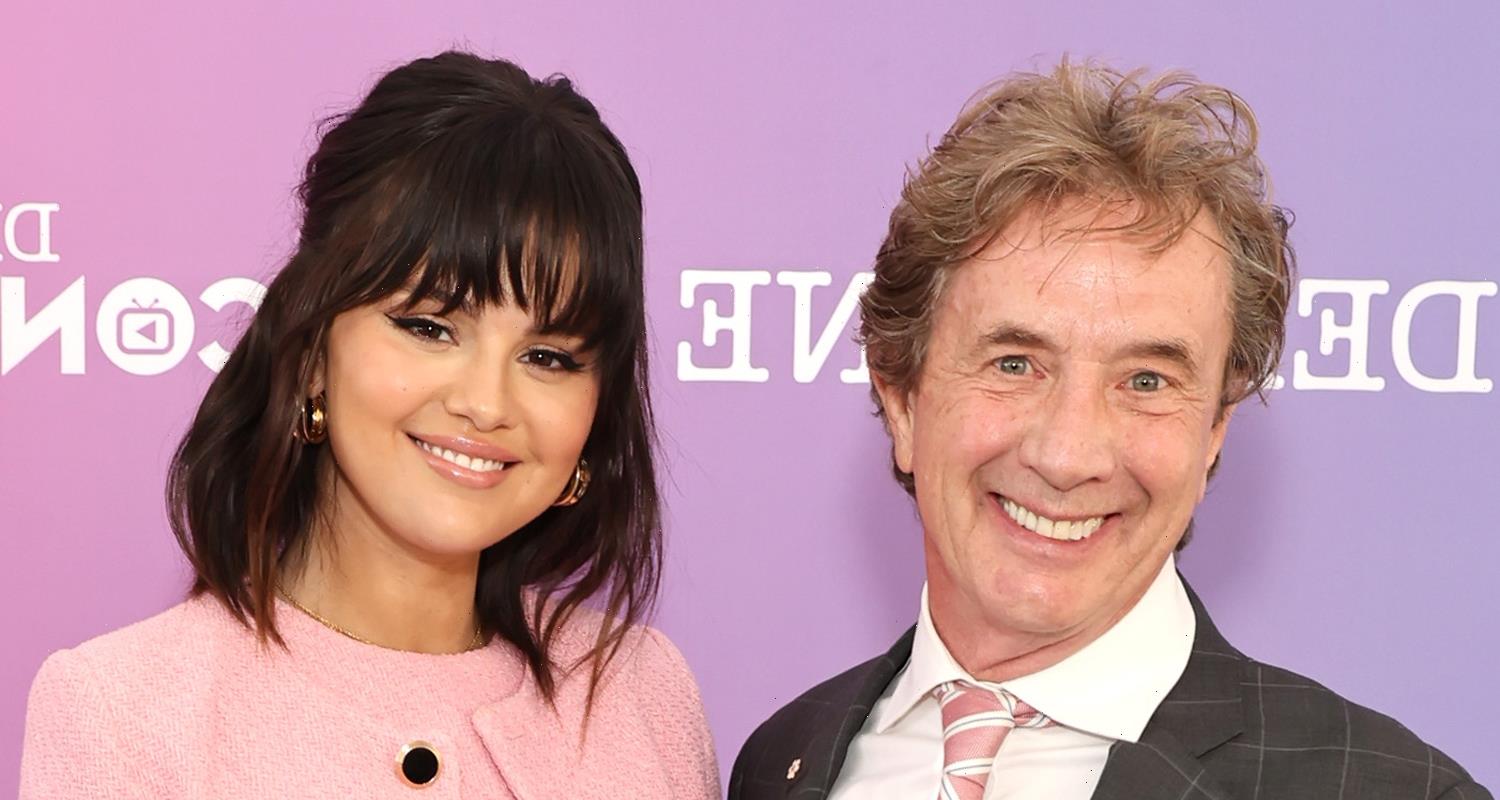 Selena Gomez and Martin Short kicked off their weekend at the Deadline Contenders event on Friday (April 9) held at Paramount Studios in Los Angeles.

The Only Murders In The Building co-stars chatted up their show, including how Selena was intimidated to work with the comedy greats, and how they really stick to the script.

See what they shared inside…

“I genuinely felt very close to Mabel and a sense of she’s gaining this sort of independence and meeting these two weirdos in a way,” Selena said at the event. “They made me feel incredibly comfortable. I was obviously intimidated. They have ideas for me and they’ll trust me with it, and they let me do my thing.”

Steve Martin appeared virtually and said that they rarely adlib any lines and stick to the script.

“You’d be surprised how often the script gets our voices or puts new voices in our mouths,” he said. “The ad libbing is always through consultation with [co-creator and panelist] John [Hoffman] and with the writers. We rarely surprise because we’re not those kind of actors that try to throw off another actor. We do consult every line with John.”

If you missed it, With Love was just recently renewed for a second season!