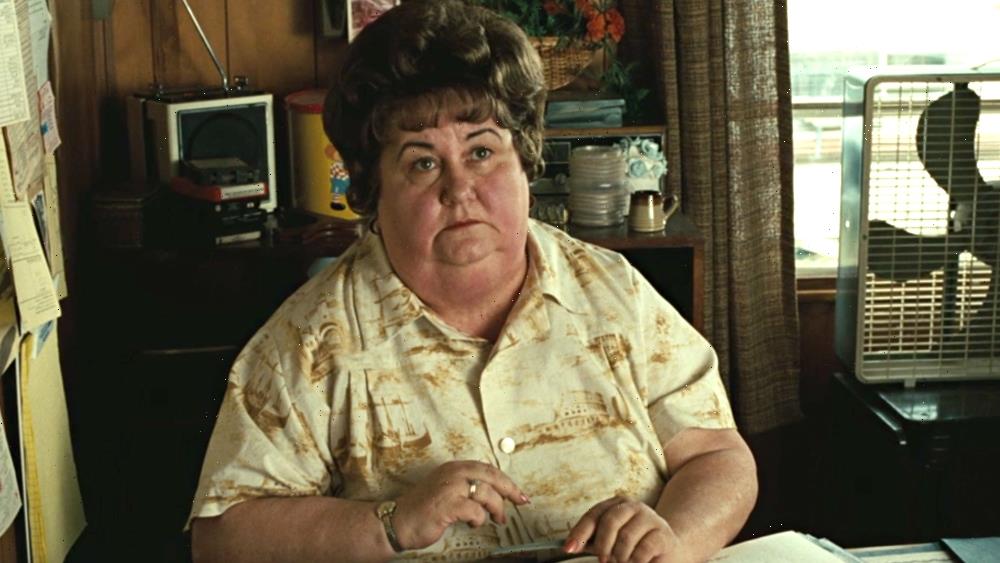 Actress Kathy Lamkin, who held her own opposite Javier Bardem’s hitman Anton Chigurh as No Country for Old Men‘s Desert Aire trailer park manager, died on April 4 after a short illness, her family tells Deadline. She was 74.

“Kathy will be missed by her family and friends,” the family says, “and left an impact on all she that encountered during her life on this Earth.”

Born in Graham, Texas on December 10, 1947, Lamkin landed a SAG Award as part of the cast of the Coen Brothers’ acclaimed 2007 film. She appeared in a total of 46 film and TV projects between 1990 and 2014, and is otherwise best known for her role as The Tea Lady in both Marcus Nispel’s 2003 remake of The Texas Chainsaw Massacre and Jonathan Liebesman’s 2006 film, The Texas Chainsaw Massacre: The Beginning.

Over the course of her career, Lamkin also appeared in such films as Waiting for Guffman, Confession, Kiss Kiss Bang Bang, The Astronaut Farmer, In the Valley of Elah, The Heartbreak Kid, Sunshine Cleaning, Welcome to the Rileys and Sweetwater. Her TV credits included Malcolm in the Middle, Nip/Tuck, Medium, Bones, Boston Legal and My Name Is Earl.

Lamkin also taught theatre arts at Codwell Elementary School in Houston, later creating and running such venues as the Unicorn School of Acting and USA Theatre. She began commuting between Houston and Los Angeles to further her film and TV career in 2002.

Lamkin is preceded in death by her parents, her brothers Jerry and Donald, and her sisters Jeannie Guinn and Jeannette Oreschnigg. She is survived by her husband of 52 years, Stephen L. Lamkin; her daughter Kati; her son Greg and his wife Jamie; and grandchildren Benjamin and Morgan. Arrangements are being made for a Celebration of Life, though further details haven’t been disclosed. In lieu of flowers, the family asks that donations be made to The Actors Fund by clicking here. Watch Lamkin’s No Country for Old Men scene by clicking below.

Sam Elliott Apologizes For ‘Power Of The Dog’ Comments: “I Feel Terrible About That”

What’s Ahead For WarnerMedia & Discovery’s Global Ops After $43B Merger?