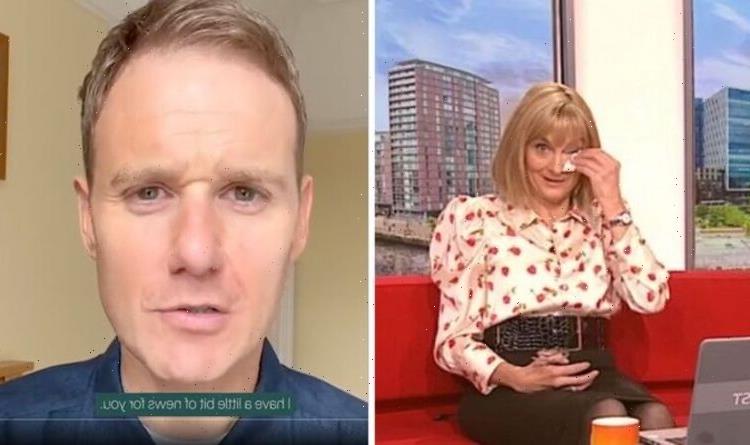 Louise Minchin, 53, has taken to Twitter to react to the news that Dan Walker has shared. The BBC Breakfast presenter explained that he will be moving to 5 News and Channel 5.

Channel 5 news released the update to Twitter yesterday with a short clip of Dan speaking about his unexpected career move.

“@MrDanWalker will be bringing you the news at 5pm every day from now on.

“And he’s got something to tell you all – watch his video down below.”

“You will be missed on @BBCBreakfast but you won’t miss the early alarm calls.”

Fans among Louise’s 253,100 followers also took to the comments to share their thoughts.

@TonyHearn14 penned: “Does this mean Louise is back on BBC Breakfast?”

To which Louise replied, with a laughing emoji: “No.”

@PeterBridge18 said: “Who will replace him. He will be missed.”

@Donkey_cone quipped in reply: “I hear Piers Morgan is in the running.”

@Tomasibray said: “It was never the same without you two, a great double-act!”

In the video, Dan said it was a hard decision to make, as he loves BBC Breakfast.

“This has been a massive decision for me because I love Breakfast,” the star said.

He added: “I love working alongside Sally and I love the team there.

“But Channel 5 came with big ambitions, with big plans.

“I don’t think opportunities like this come around very often.”

He attached the caption: “Hello lovely people… some news.”