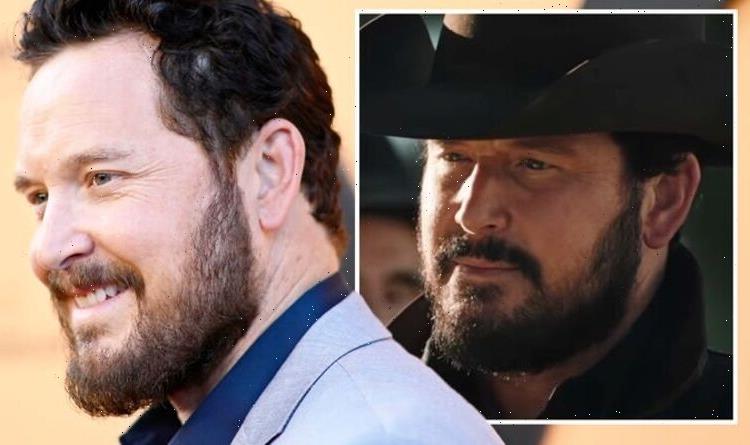 For the past four seasons, Rip Wheeler (played by Cole Hauser) has become one of Yellowstone’s most popular characters thanks to his unwavering loyalty to John Dutton (Kevin Costner) and the Yellowstone Ranch and rather turbulent romance with Beth Dutton (Kelly Reilly). With the Paramount Network drama now heading for its fifth run as well as a number of spin-offs, the Yellowstone universe shows no signs of slowing down.

However, all good things must come to an end and showrunner and creator Taylor Sheridan has already been quoted as knowing where he wants the show to go.

And with deaths aplenty in the world of Yellowstone, fans know nobody’s safe – but could they face saying goodbye to Rip before the series ends?

They’ll have to wait and see for now but in the meantime, actor Hauser has admitted he’s also none the wiser as to how his story and the series will end.

In fact, Hauser has admitted he wants to know no part of the series’ ending before he has to.

When asked along with the rest of the cast if they relish knowing their story’s ending before it happens, Hauser was defiant in his response.

He replied to the SAG-AFTRA Foundation: “No, no, no, no.

“Personally just for me if you’re asking me, I like to go to work and actually live and grow with the character and not know the end at all, you know.

“Gil and I, we don’t get an opportunity – I wanna work with Gil a little bit more,” he admitted before Gil shouted during the Q&A: “Yes!”

They let out a laugh before Hauser continued: “And Wes [Bentley], I mean we’ve only had a couple of scenes but it’s like I love, you know, that feeling of everything is new.

“That’s what makes Taylor so amazing too, it’s like he has the ability to really keep you on your toes.”

Keen to know if anyone knew about the series ending, the moderator put the question to the rest of the cast.

But when they all said no, Hauser popped back in: “Taylor does, it depends what bottle of wine he’s drinking (laughs).”

So for now, it sounds like fans will have to continue tuning in for any signs on how the hit Western will close.

But in the meantime, season five has to be ticked off the list and judging by recent quotes from Kayce Dutton star Luke Grimes, excitement is at fever pitch.

He told Entertainment Tonight at the ACM Awards in March: “Yeah, we haven’t shot, I think, in like 18 months now.

“So I really miss everyone. It’s good to see her [Kelsey Asbille] tonight, but we miss our crew and our little TV family, you know?”

But will their marriage be able to make it out of season five intact?