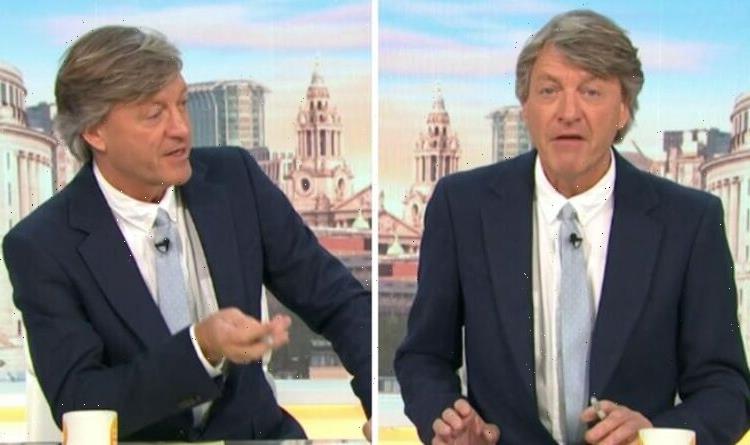 The Good Morning Britain broadcaster was talking to MP Lucy Powell with his co-host Kate Garraway about sanctions imposed on Russia and what more could be done over Vladimir Putin’s atrocities when he began describing the hypothetical analogy which left viewers confused. The ITV host left them wondering what the relevance of the story was as fans of the show compared him to “Alan Partridge”. He was also slammed for cutting in as the shadow secretary was talking.

“The criminal actions of the Russian army is just truly appalling and none of us thought we would see this in this day and age, did we? In this era, in a European Western country – it’s absolutely awful.

“I mean the sanctions can go further, could be tougher. There remains, I think, too many loopholes and trust.

“We’ve been calling for those loopholes to be closed down long before this atrocity began to unfold.

“And we also support much more military aid, actually the UK government has been pretty good on that, but we think that could go further and faster as well.”

Madeley replied: “There used to be, and I guess there still is, a legal definition of what is reasonable to believe.

“It was called What the Man on the Clapham Omnibus would believe?”

As he began to describe the theory and apply it to Putin, ITV viewers flooded social media with comparisons to “Alan Partridge” and called his ramblings “utter nonsense.”