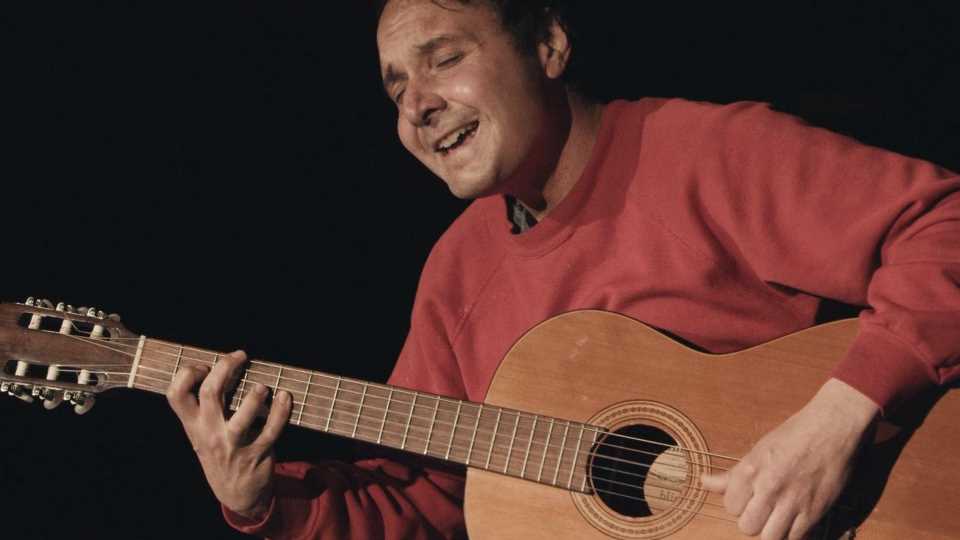 Grizzly Bear’s Daniel Rossen is joined by two copies of himself for a lonely performance in the video for his latest solo single “Shadow in the Frame.” The song will appear on the singer and guitarist’s debut solo album You Belong There, out April 8.

Directed by Luke Bern Carr, the video draws inspiration from the satirical 1971 television special The Music of Nilsson, which stars Harry Nilsson and multiple iterations of himself who manifest to harmonize with him at the piano.

“It’s a ridiculous and also kind of lonely performance,” Rossen shared in a statement. “Luke and I felt that something similar but darker and more claustrophobic could reflect the tone of ‘Shadow in the Frame.’”

The version of “Shadow in the Frame” performed in the video is slightly different from the version created for You Belong There. For Rossen, tweaking the song was a chance to shift focus towards the anxious inward energy underneath all the layering of the album version.”

You Belong There arrives as Rossen’s first full-length body of work since Grizzly Bear shared its fifth studio album Painted Ruins in 2017, the band’s final record together before announcing an indefinite hiatus in 2020.

“The one part of being a musician that I’ve never loved is the pressure to physically present yourself to people,” he says. “I know many musicians that struggle with that aspect of self-promotion. If anything, multiple copies of myself on screen makes this video more horrifying, but I figured that leaning into that horror and discomfort could result in something more honest.”