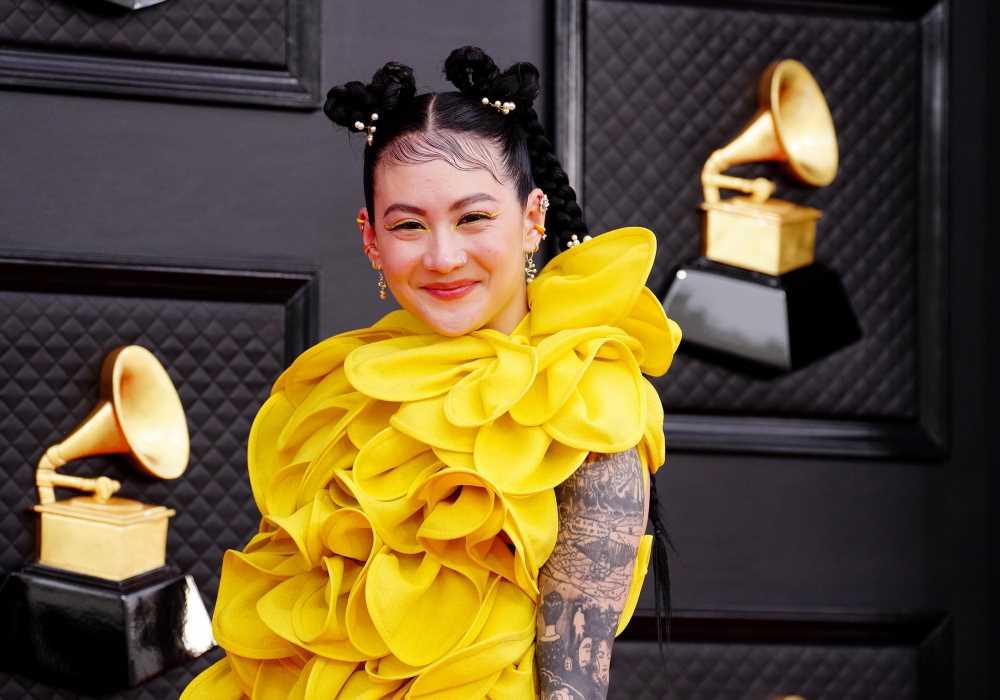 Rolling Stone was on the red carpet for the first ever Grammy Awards live from Las Vegas, and our video team caught up with stars heading into the ceremony at the MGM Grand for the biggest night in music. Check out our footage below with exclusive interviews with Leon Bridges, Japanese Breakfast, Doechii and more.

“Paprika feels like the thesis statement of the album, we always begin with that song,” Japanese Breakfast front woman Michelle Zauner says regarding her favorite song to perform off of grammy-nominated album Jubilee. “After two years of not playing live, that song is so much about the joy of music and loving what you do for a living, so getting to share that and sing along with our fans is a special one.”

As for what keeps her joyous at the moment: “My grammy nominations, baby,” she says with a chuckle.

“I grew up on the R&B music of the ‘90s and 2000s and that shaped the way I write,” Bridges says when asked about how the Texas sound appears in his music. “When I picked up a guitar people in that world put me onto Willie Nelson, Townes Van Zandt and Van Morrision, sounds that are unique to Texas with twang and pedal steel and guitar, those are nuances I like to incorporate.”

I’m constantly channeling a sense of fun,” the buzzy artist who just signed with Capitol Records and Top Dawg Entertainment says. “I just want to make music that people can have a good time to, celebrate to, work out to, things like that.”

“I’m here to support my girl H.E.R.,” Dreezy, who just dropped single “They Not Ready,” says. For a ceremony known for showy, colorful outfits, Dreezy came dawning a simple elegant black dress. I’m extra but I’ve learned when it comes to red carpet, just play it safe. I kept it cute and simple today.”