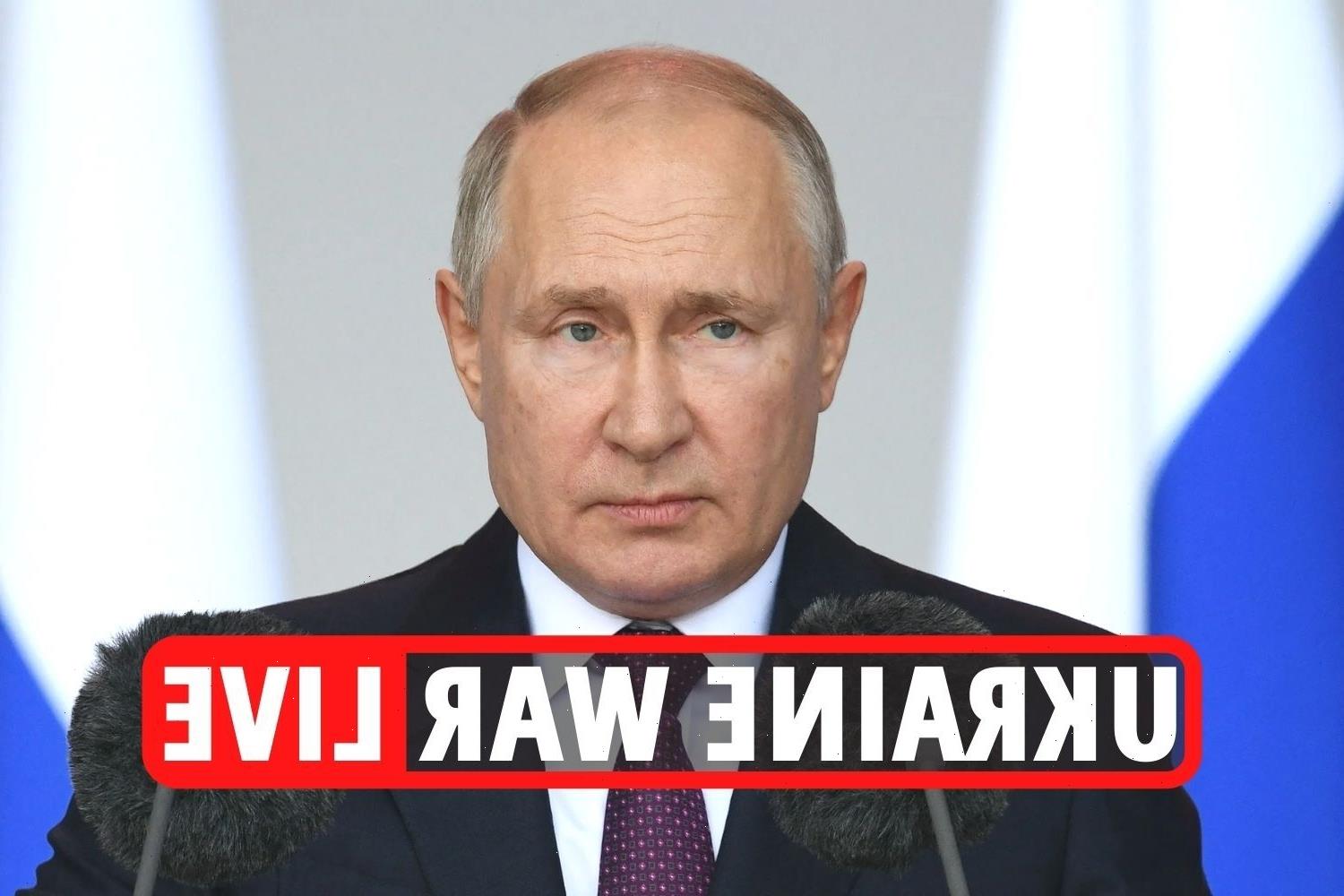 The US President told reporters that the Russian president 'is a war criminal' and there should be 'a war crimes trial' in reference to the events in Bucha.

Russian troops left a scene of horror in Bucha, a town on the outskirts of the capital, with dozens of corpses littering the streets, some shot at close range with their hands tied.

Liz Truss, the Foreign Secretary, said Russia 'must be suspended' from the UN Human Rights Council given 'strong evidence of war crimes'.

Ukraine's leader Volodymyr Zelensky visited the town on Monday, where he told reporters "these are war crimes and will be recognised by the world as genocide".

It comes as satellite images of the small Ukrainian town of Bucha show a trench about 45ft long dug into the grounds of a church where a mass grave has been identified, according to private US space technology company Maxar.

"More recent coverage on March 31st shows the grave site with an approximately 45-foot-long trench in the southwestern section of the area near the church," the company said in a statement.

The Kremlin denied claims by Ukraine that hundreds of civilians were killed by Russian soldiers in Bucha.

It said the numerous photographs and videos published by Ukraine alleging "war crimes" were a “provocation”.