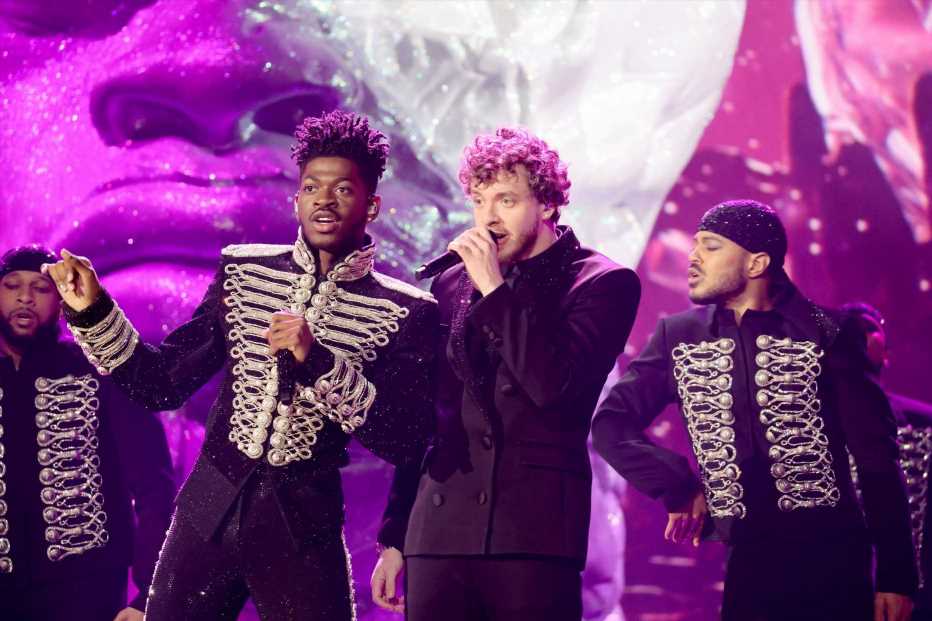 At last year’s VMAs, the dynamic duo performed their hit collab live for the first time, and tonight (April 3) Nas X and Harlow reunited on the Grammys stage to sing their nominated track, “Industry Baby,” part of a medley of Montero hits.

The colorful performance began with Nas X — dressed in a glittering black robe — singing “Dead Right Now,” backed by a drumline chorus and intergalactic images. The cosmos on the screens were replaced with hate tweets reacting to Nas X’s controversial music videos before the rapper returned to the stage in a sparkly marching drum major uniform — complete with matching backup dancers and a giant bust of himself— as he sang “Montero (Call Me by Your Name).”

Nas X then launched into “Industry Baby” as Harlow joined him onstage, to sing their collab. Nas X closed out his Montero medley with an electrifying dance break, receiving a standing ovation from the audience.

This is the second time Nas X has lit up the Grammys stage. He also performed at the 2020 ceremony where he took home two Grammys for “Old Town Road.” This year he is nominated in five categories including Record of the Year, Album of the Year, Song of the Year, Best Melodic Rap Performance, and Best Music Video.

Whether Nas X goes home with some gold or empty-handed, he has already said that he plans on keeping the going going long after the Grammys are over.