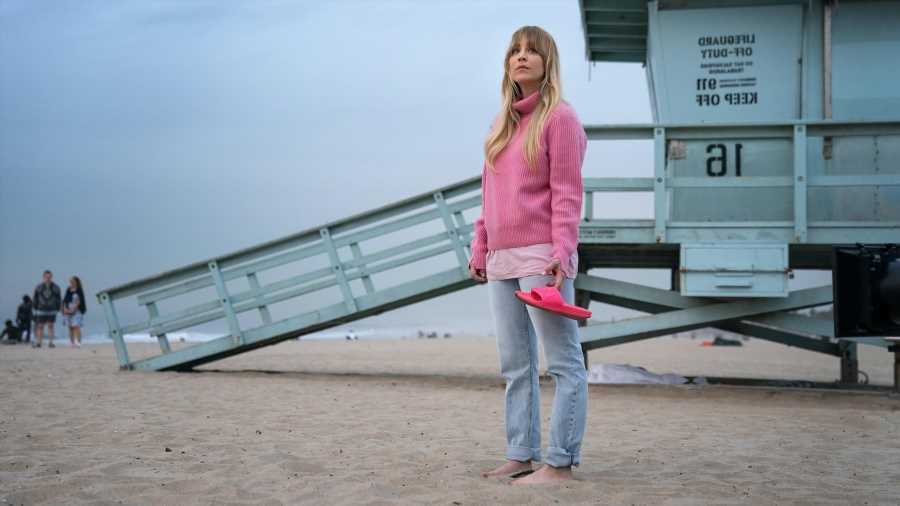 “There are a lot of weird things going on around me. I’m starting to think that someone is pretending to be me,” Cassie says after seeing a woman who looks like her making out with a dude in a hotel room.

In another scene from the trailer, Cassie walks up to a woman who’s dressed exactly like her and asks, “Um, who are you?” To which the duplicate responds, “I’m you, silly. If you make better choices.”

Season Two of The Flight Attendant will follow Cassie as she fights to stay sober and continues working for the CIA after admitting her top-secret role to her best friend. “I know we said no more secrets, but you were about to guess it anyway so why does that matter?” she says. Her best friend Annie (Zosia Mamet) responds, “Cassie I was like literally nowhere close to figuring that out.”

Along with Cuoco and Mamet, the new season will see the return of Griffin Matthews as Shane, Deniz Akdeniz as Max, and Rosie Perez as Megan. The cast will also boast a handful of new faces, including Margaret Cho, Callie Hernandez, and Sharon Stone, who’ll play Cassie’s estranged mother.

Season Two of The Flight Attendant is out April 21.