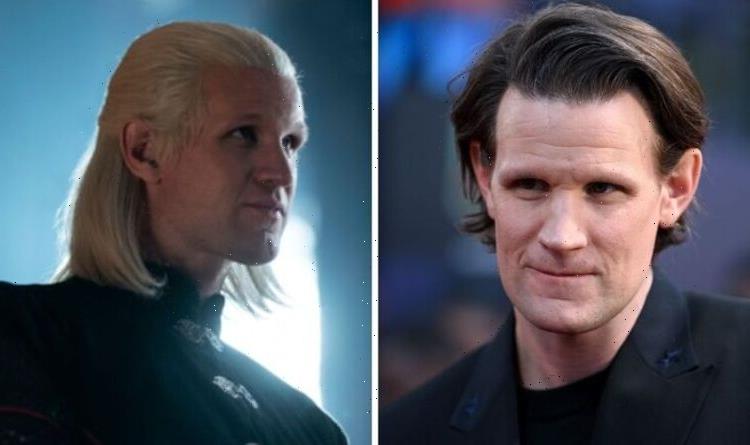 Game of Thrones: House of the Dragon teaser trailer

Game of Thrones prequel House of the Dragon hopes to fill the fantasy drama hole in fans’ hearts after the HBO Max and Sky show ended in 2019. Transporting viewers 200 years before the events of the original show, Matt Smith plays Prince Daemon Targaryen and has explained why he thinks it “would be impossible to repeat” the success of Game of Thrones.

Viewers wanted to see more dragons after Mother of Dragons Daenerys Targaryen (played by Emilia Clarke) introduced them to fantasy lovers in the hit HBO show.

House of the Dragon follows the story of the House Targaryen and how that family once ruled supreme with dragons striking fear into their enemies’ hearts.

Much like Game of Thrones before it, House of the Dragon is inspired by a novel by George R.R. Martin which is called Fire and Blood.

Matt said on the show and his starring role: “I think it’s really different from the original series, to be honest with you. I mean it has to be.”

Read More: ‘Been through a lot together’ Cillian Murphy says goodbye to Peaky Blinders after 10 years

The star did however divulge that he hadn’t seen the original show.

Speaking to Comicbook.com, he continued: “The original series was its own thing and it was, it was so brilliant and, and sort of left a mark in a way that it would be impossible to repeat. So, I don’t know.

“The truth is I haven’t seen any so it’s difficult for me.

“Essentially it’s in the same world, it has to take on a slightly different identity. But who knows? I have no idea.”

This is not the first big franchise he has been attached to.

Matt was the eleventh Doctor Who in the long-running BBC show.

Rumours are flying around about who will take over for Jodie Whittaker when she steps down, with many wondering if a previous Doctor will take on the role once again?

He reminisced about the show and how he had to keep secrets to avoid spoilers.

He said: “I think when I was making Doctor Who, that felt like — I was younger then as well — and there were so many episodic storylines that it built up to that you just could not reveal what was going on and it was.

“I remember feeling that one. I got the part for that nearly six to seven months before it was announced so I had to keep it a secret for like seven months that I was going to be in it; people going like, ‘What are you gonna do next?’

“So that was probably the most difficult one to keep.”

On House of the Dragon anding this summer, fans know that Paddy Considine stars as King Viserys Targaryen, chosen by the lords of Westeros to succeed King Jaehaerys Targaryen, at the Great Council at Harrenhal.

Matt Smith plays Prince Daemon Targaryen, the younger brother to King Viserys and heir to the throne. He possesses the true blood of the dragon.

HBO has revealed that the Targaryen dynasty will have 15 dragons at their disposal.

House of the Dragon airs on HBO from August 21, with the series arriving on Sky Atlantic and NOW on August 22.